Maria Arceo: "The Thames is a tumble dryer of time. Now is the moment to advocate for change" - a-n The Artists Information Company 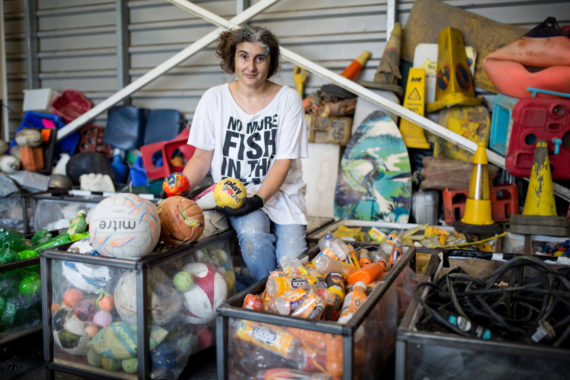 For the last year, London-based artist Maria Arceo has been collecting plastic from over 40 beaches along the tidal Thames down to the Estuary. By beachcombing, handpicking, identifying, and colour-coding found plastic debris, she is creating a large-scale ‘footprint’ that responds to the amount of plastic litter that is being deposited into the Thames.

The resulting installation, Future Dust, is a monumental work that will tour to different riverside locations across London over the next four weeks as part of the Totally Thames festival. The work will be illuminated at dusk by Dutch interactive light artist Tim Scheffer.

Catching up with Arceo in her studio – a large industrial space south of the river in Canada Water – it’s impossible not to be struck by the sheer scale and general weirdness of the objects she has collected.

The space is packed with various mounds of objects, from electrical wiring, cassette tapes, number plates and a trolley full of empty Lucozade bottles, to a shelf full of old shoes and even a polystyrene mannequin of a female body. It’s like a dystopian view from a JG Ballard novel. 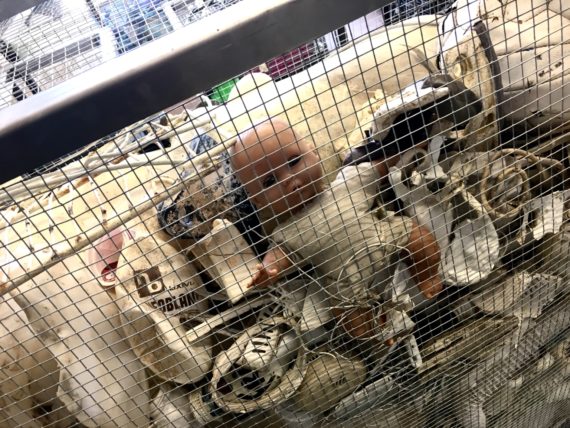 Metal cages hold the objects selected for Future Dust, with each six foot tall structure identified by a different colour. They contain a disparate variety of seemingly random finds. For instance, the ‘white’ box contains a child’s doll, iron, piping and a fire alarm, amongst other objects.

It is a hard-hitting sight. The World Economic Forum has predicted that by 2050 there will be more plastic than fish in the sea by weight. If this installation is anything to go by, the prediction will not be far off.

Arceo comments: “It is truly shocking. I wanted to make a piece that allowed people to see first hand what is happening to the river. What surprised me when I first started this project was how few Londoners are aware of the problem.”

For Arceo, it is the culmination of a lifelong interest in oceanography. “I have always had a passion for the water, which led to me wanting to explore human footprints on all kinds of aquatic environments.” 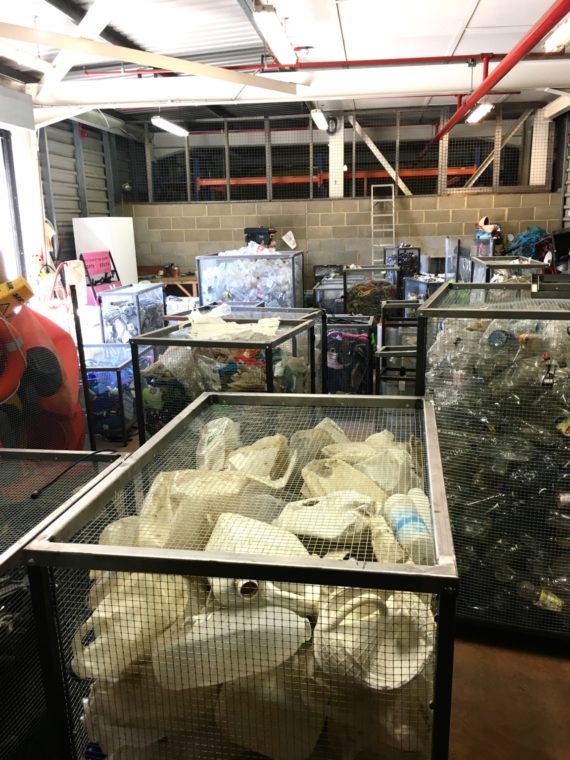 In 2014 she was invited to participate in Gustav Metzger’s ‘Facing Extinction Conference’ at University for the Creative Arts Farnham, and later that year she joined an international group of 14 women as artist in residence, to cross the Atlantic in a 22-metre sailing research vessel. The purpose of the trip was to collect samples with a trawl net and to investigate the presence of microplastic contaminants on the water’s surface.

“It blew my mind. Every day we would drag a net in the water for half an hour. There was plastic in everything. I couldn’t believe that 20 days into the middle of nowhere we were finding these plastic particles.”

Part of the purpose for the trip was to raise awareness of microbeads in water and the link with certain types of cancer. “Each of the women on the trip had their blood and hair sampled, looking for 30 different toxic contaminations. We found we had 29 of the 30. I got back from that trip and thought, ‘I need to make people wake up to the problem’.” 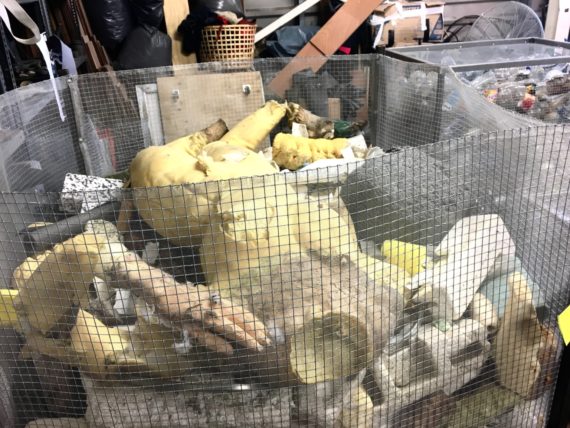 When Arceo was back in London, she began taking walks down to the Thames, innocuously picking up objects of interest that had washed up on the shore. “In Rotherhithe I found bits of ceramics, nails and bits from broken down ships – remnants of industry. But the beaches were also full of rubbish. So I started taking bags with me to try and clean some of it up.”

Some of the local residents didn’t take too kindly to Arceo’s efforts. “They told me off and accused me of filling their bins. So I started taking the rubbish home with me. Before long I had filled my studio with objects, simultaneously wrecking the interior of my car in the process.”

Before long Arceo was devising plans to turn this mass collection of objects into a new artwork. “I have been very fortunate. I became artist in residence at the Department of Geography at King’s College London and they arranged for me to have this studio for a year. I needed a large space to not only store the objects I was finding, but also construct the work. This is a fantastic space.”

Arceo trained as a leader for environmental charity Thames 21, working with volunteers to collect rubbish from over 40 beaches. “When I first got involved with Thames 21 I couldn’t believe that no-one is actually paid to clean the river. We are still reliant on volunteers. So although a major part of the project is about engaging the public, I also want to affect government policy.” 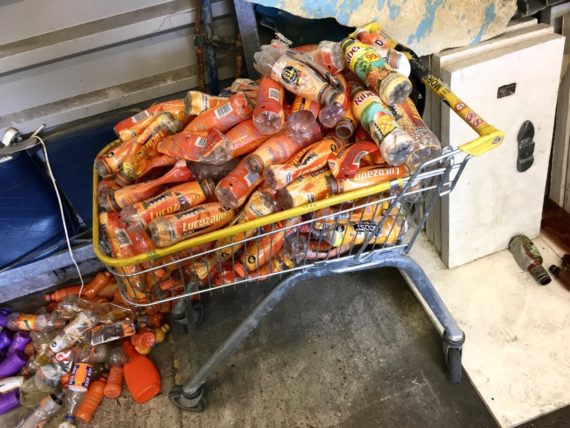 What will happen to the artwork once the exhibition has finished? “I want the plastic to be recycled afterwards but this in itself raises further problems. A lot of the objects I’ve collected are, put simply, really difficult to recycle.”

Arceo points at a mound of sports drink bottles. “For some reason they design these bottles using three different types of plastic. So the bottle top is different to the actual bottle. And they also then wrap an additional piece of plastic around it as the label. If it was all made from the same material it could be recycled far more cheaply.”

Arceo suggests the UK needs to follow the example of other countries, where governments offer financial incentives to the public for recycling. “Other countries have done this, so why not here? The Nordic countries and Germany offer rewards for returning plastic bottles. So even if it ends up on the street, homeless people can get money for them. And in Spain charities offer rewards for bottle tops.”

The key message from Arceo is that both the public and government need to act now. “The river is a tumble dryer of time that keeps revealing more parts of its history. Now is the moment to advocate for change.” 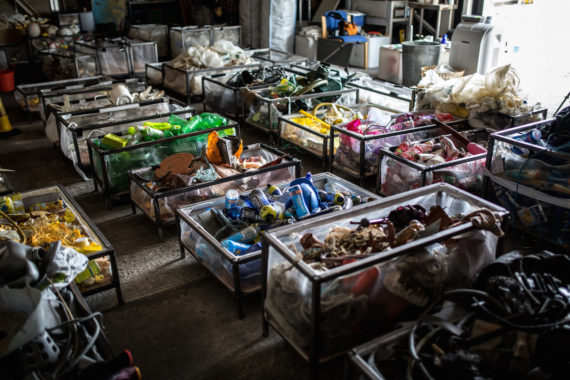