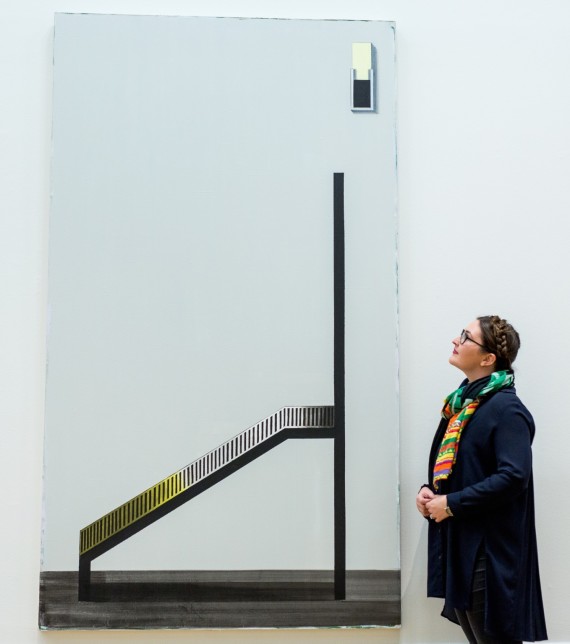 The winner of the 2016 John Moores Painting Prize has been announced as Dorset born and Wiltshire based artist Michael Simpson.

He will receive the first prize of £25,000 for his oil painting Squint (19). The work depicts an aperture in a medieval church that allowed lepers and other ‘undesirables’ a chance to view the sermons taking place while remaining separate from other members of the public.

Sandra Penketh, Director of Art Galleries at National Museums Liverpool, said: “Squint (19) is a deserving winner of this year’s prize. It’s the fifth time that Simpson’s work has been selected for the John Moores Painting Prize exhibition over the last 27 years. That’s a phenomenal achievement, and is testament to the enduring appeal of his painting.”

The four other shortlisted artists will each receive £2,500. They are: Talar Aghbashian, Gabriella Boyd, Benjamin Jamie and Selma Parlour.

During the exhibition visitors will also be invited to vote for their favourite painting to win the Visitors’ Choice Award. The winning artist will receive £2,016 in prize money.

The entries were judged anonymously by a panel of jury members, including artists Gillian Carnegie, Ansel Krut, Phoebe Unwin and Ding Yi, and the author and freelance curator Richard Davey.

First established in 1957, previous winners of the open submission prize include David Hockney, Mary Martin, Peter Doig, Keith Coventry and Sarah Pickstone. The winner of the 2014 edition was Rose Wylie for her painting PV Windows and Floorboards.

The John Moores Painting Prize exhibition, featuring the long list of 54 artists, runs from 9 July to 27 November 2016 during Liverpool Biennial 2016.