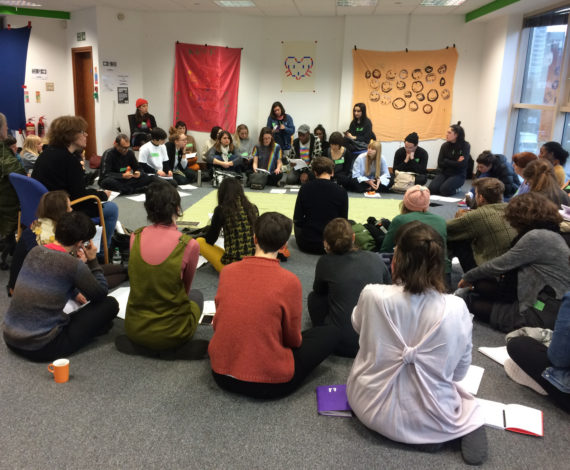 At a time of huge uncertainty in the world, how can artists and artists’ groups adapt to navigate turbulent cultural and political landscapes? What strategies and creative approaches might be required and how might artists reflect upon these landscapes? What thinking might be needed? What might the roles of artists be in this new climate?

For a-n’s Artist-led Group Bursary strand, we asked for proposals from groups actively engaging with any of these questions and looking to explore how artists and artists’ groups adapt to and navigate the current turbulent cultural and political climate. Groups could apply for awards of £1,500 – £3,000.

Following a call for applications in January, six projects have received awards totalling over £17,000. All the groups will be reporting back on their activity by posting to a-n Blogs, plus there will be an a-n publication in early 2018 profiling the outcomes of the bursaries.

West Midlands-based The Black Hole Club is a collaborative space that supports new media artists to develop their practice and explore new areas. Its a-n Artist-led bursary will fund the development of a ‘Global environmental change artist collaboration network’ in the Birmingham, Oslo (Norway) and Vitoria-Gasteiz (Spain). These cities are partners in the Biophilic Cities project made up of places where there is abundant nature in close proximity to large numbers of urbanites. 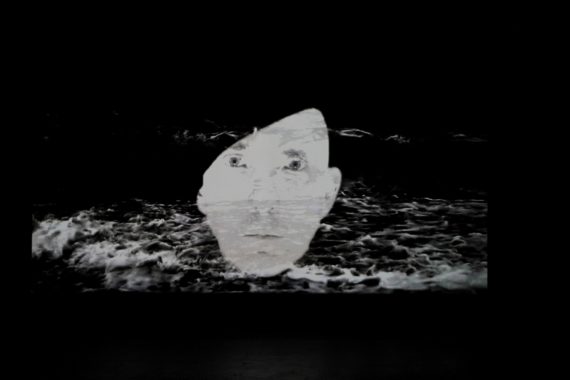 Explaining the project, The Black Hole Club’s Jaime Jackson said: “The focus is around global environmental change and the new science of biomimicry, an approach to innovation that seeks sustainable solutions to human challenges by emulating nature’s time-tested patterns and strategies.

“Three members of the club will visit biophilic city partners in Oslo and Vitoria-Gasteiz to set up the network, and we will meet with artists and artist curators in the cities as well as city and regional government representatives to agree an exchange programme of activities. We will produce an international exchange exhibition as a result of the activity.”

London-based artist Rosalie Schweiker applied as part of Keep it Complex – Make it Clear, an artist-run group formed during the lead up to the EU referendum in 2016.

The group facilitates connections between artist practitioners and political or social activism. It will use its bursary to fund a series of communal meals in art institutions and artist-run spaces across the UK, using its design and hosting skills to facilitate the lunches with placemats, conversation games and special drinks.

“It’s widely acknowledged that the referendum has led to a polarised society, and it has become increasingly difficult to discuss different opinions,” explains Schweiker.

“We know that many art organisations want to play an active role in initiating a diversified discussion, but lack the resource to initiate action. With the meals, we will create a simple invitation for local stakeholders to meet and network.”

Designed as starter events and incubators for culture-led discussions of current politics, rather than one-off activities, events will take place between May and December. 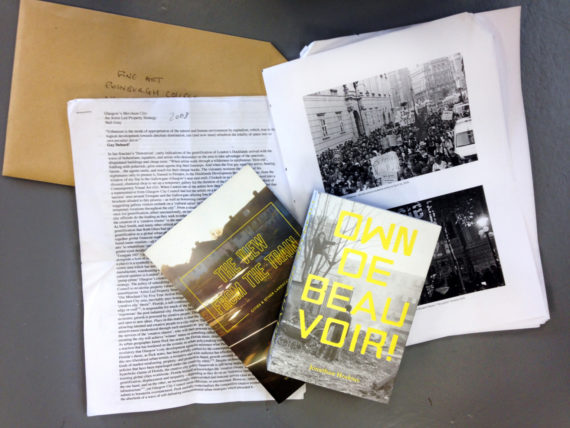 Glasgow’s Market Gallery will use its bursary to host a four-day symposium exploring how privatisation affects artist-led spaces.

Catalina Barroso-Luque, who applied for the bursary in her role as a committee member of the artist-led gallery, says the symposium is a direct response to Market Gallery’s situation. It is about to lose two long-standing spaces – currently on loan from a community housing association – due to structural and economic changes affecting the local area.

“Rather than protest, or place blame, we see our organisation as well-placed to provide a non-partisan platform to explore perspectives from all parties involved, and the symposium will also respond to the closure of other cultural, educational and public institutions in Scotland and across the UK.”

Rhubaba Gallery and Studios in Edinburgh aims to give early-career artists the opportunity to produce new work in a discursive, collaborative environment. Its bursary award will help the artist-led space to conduct a multi-stranded research project on the history and practice of self-organised educational projects and experimental pedagogy. 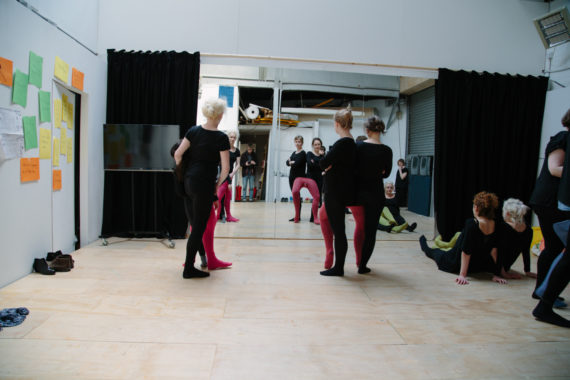 “The project will cover historical precedents such as the Antiuniversity and the Black Mountain College and contemporary experiments such as The New School in Los Angeles and Art/Work Association,” explains committee member Ben Callaghan.

“The research will consist of three core strands: Rhubaba will invite an artist whose practice addresses experimental pedagogy to research with the committee; a peer consideration group will meet regularly over the research period to consider existing local pedagogical practices; a research trip to visit a number of self-organised educational organisations.” 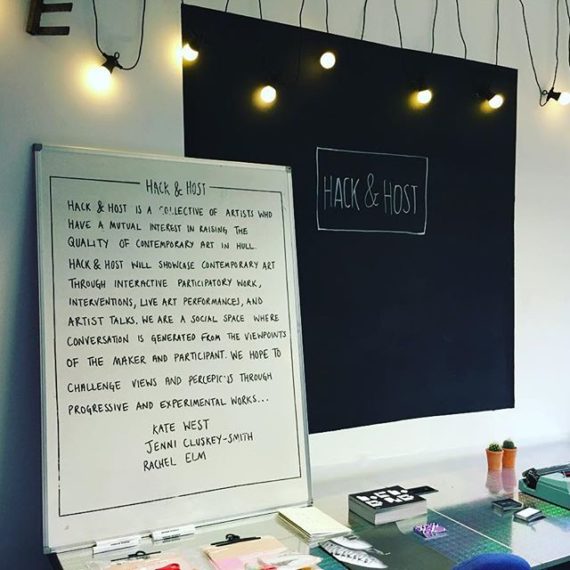 Clare Holdstock applied for an Artist-led bursary in her role as an associate artist of Hack and Host, a collective with a mutual interest in raising the quality of contemporary art in Hull.

Its bursary award will enable a series of weekly conversations during May 2017, with each conversation featuring three Hack and Host members who will focus on a set theme.

“These conversations will feed into a ‘Thrash Out: Artists as Political Activists’ debate,” explains Holdstock. “Documentation of the conversations and Thrash Out will then create an artist brief for all nine artists to respond to.

“Each artist will create a new piece of work which will be exhibited in a group show in July 2017, with the exhibition funded separately.” 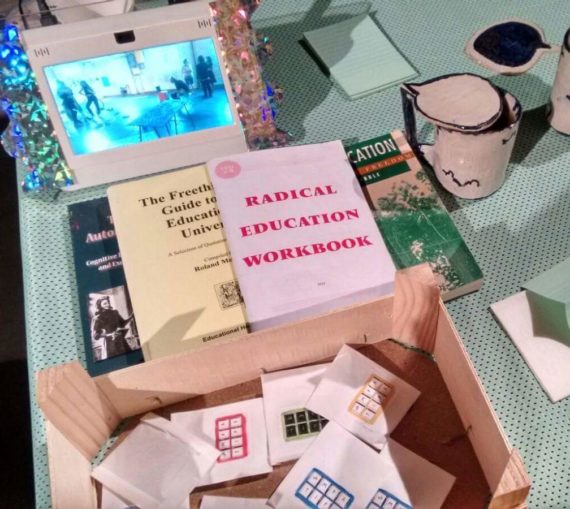 AltMFA is a peer-led art school based in London, established in 2010 as a free alternative to studying a university-based MA in the city. Its bursary award will fund a number of strands stemming from a framework of collective research and practice themed around ‘The Future’.

This will include a programme of visiting artist and expert lecturers who will lead talks, crits and workshops; a corresponding collection of critical writing and creative research responses to chronicle and share learning and ideas arising from The Future programme, with works published on an interactive website; promotion to enable expanded membership and greater public attendance at The Future programme.

Current member Louise Ashcroft, who applied for the bursary, said: “The group keeps thriving, despite having no resources, but we could achieve a lot more if we could plan a programme for the year so that research consolidates and evolves reflectively and coherently. In the past we’ve made a conscious decision to avoid funding, but we’re at a stage where we will really benefit from this financial support.”

Since the beginning of the year a-n has awarded over £92,000 of bursaries to its Artist members as part of our commitment to professional development provision within a programme that includes events, online toolkits and expert guides.

This has included £13,800 of support for 23 artists to attend Venice Biennale and Documenta 17, and £38,660 to 43 artists for self-determined professional development and £22,782 to 24 artists for travel. 16 artists have also been supported with fully-funded places and support bursaries on accredited coaching programme.

All a-n bursaries come with an obligation to report on activity, to share with the community on www.a-n.co.uk and beyond. Look out for posts on Blogs over the next few months