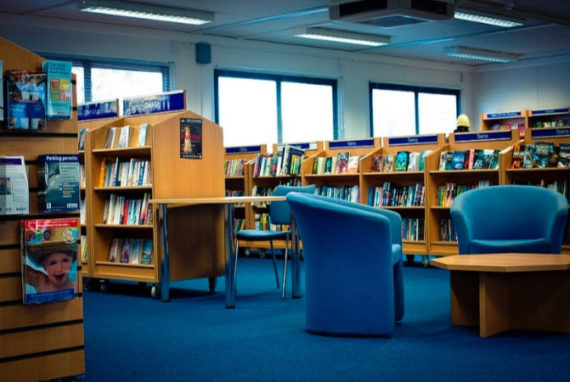 A national demonstration against the continuing closures of libraries and museums is set to take place in London on 5 November. The march, which will start at midday at the British Library, will make its way across central London, ending with a rally outside the National Gallery.

The event was instigated by Barnet UNISON with help from Alan Wylie of the campaign group Voices for the Library and activists from the PCS and UNITE unions. It is being supported by the unions UNISON, UNITE, PCS and the Writers’ Guild of Great Britain plus individuals including the artist Bob and Roberta Smith, and authors Cathy Cassidy and Michael Rosen.

Speakers at the rally will include Megan Dobney, regional secretary of the Southern and Eastern TUC. It will be compered by the children’s author Alan Gibbons.

The demonstration has been organised in response to BBC research claiming that since 2010 the UK has lost 8,000 paid and trained library workers, with some 15,500 volunteers being recruited. The research states that 343 libraries (600-plus including ones handed to volunteers) and one in five regional museums have at least partially closed.

In addition, opening hours of libraries and museums are being cut while budgets, education programmes and mobile, housebound and specialist services have also been slashed. A total of 174 libraries have been transferred to community groups, while 50 have been handed to external organisations to run. In some areas, such as Lincolnshire and Surrey, the move has led to legal challenges and protests from residents.

A right, not a luxury

Lauren Smith of the Voices for the Library campaign said: “The demonstration reinforces the message that public libraries, museums and art galleries are a right, not a luxury.

“The cultural and social importance of access to works of literature and art, and the ability to make connections with our communities and history, is of vital importance for the health of our nation and cannot be underestimated.”

Smith added that the group is fighting for the right of citizens to have access to education, culture and public spaces, and actively challenging the assumption that ‘there is no alternative’ to brutal public spending cuts.

“These services are more than ‘nice to haves’; they are central to the health and growth of societies and democratic life. These are resources that everyone should have access to, regardless of their background, postcode and income.”

CORRECTION: The venue for the rally at the end of the demonstration has now changed to the National Gallery, rather than the House of Commons as initially stated.