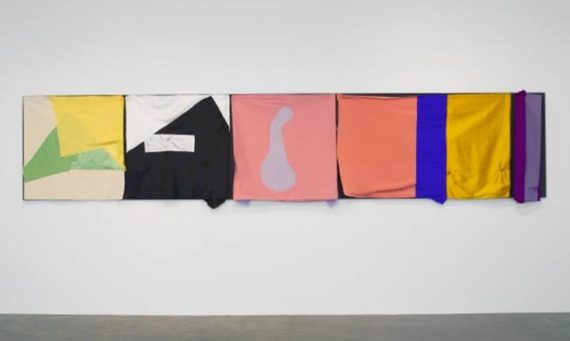 Richard Tuttle, PACE, London
Born in 1941, American artist Richard Tuttle‘s five-decade career has included painting, drawing, sculpture, poetry and assemblage. For this show the focus is a series of seven recent works assembled from layers of fabric purchased in New York and Maine. Sewn by hand and machine, the works explore geometric abstraction and structure. (JH)
Until 13 May 2017. www.pacegallery.com 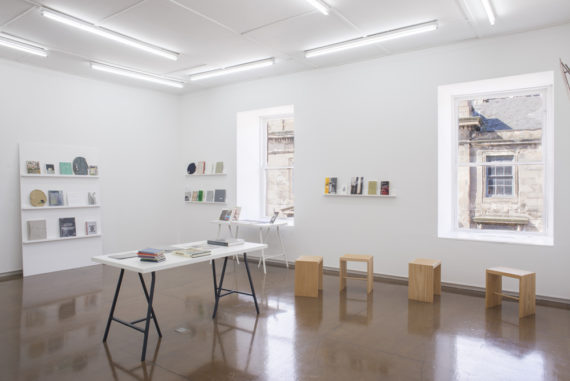 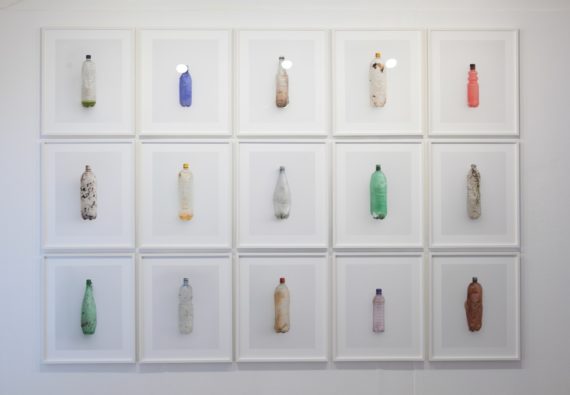 Mike Perry, Land/Sea, Plymouth Arts Centre
An exhibition including selected groups of work from Mike Perry’s Môr Plastig (Plastic Sea) series consisting of forensically photographed plastic objects that have been washed up on the beaches of west Wales, where the artist lives. Displayed in taxonomical grids, the bottles, shoes and packaging are treated like scientific specimen. Also included are works from the artist’s ongoing series, Wet Deserts, which considers the negative impact of mono-cultural land use and references the process of ‘re-wilding’. (RT)
Until 17 June 2017. www.plymouthartscentre.org 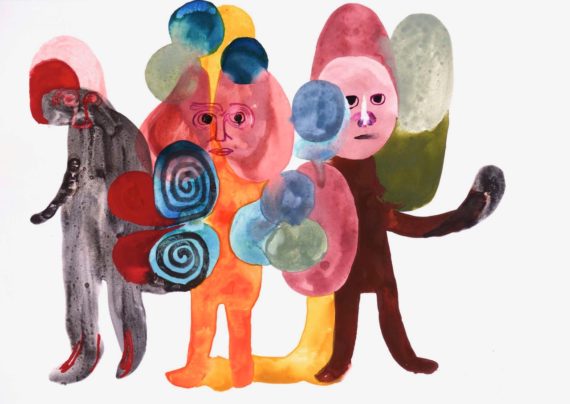 Between Things, Minories, Colchester
This group exhibition features artists who use playful approaches to the making of their work. Challenging standard techniques of exhibition presentation, works are overlaid using display techniques that might more commonly be found in museums or retail outlets. Highlights include Ben Coode-Adams‘ paintings – created by doodling and then allowing the image to develop in response. Other artists featured are: Celia Pym, Clare Iles, Freddie Robins, Paris Essex (Carolyn Clewer and Tiphaine de Lussy), Sharon Leahy-Clark, Stafford Schmool, and Will Cruickshank. (JH)
Until 10 June 2017. www.art.colchester.ac.uk 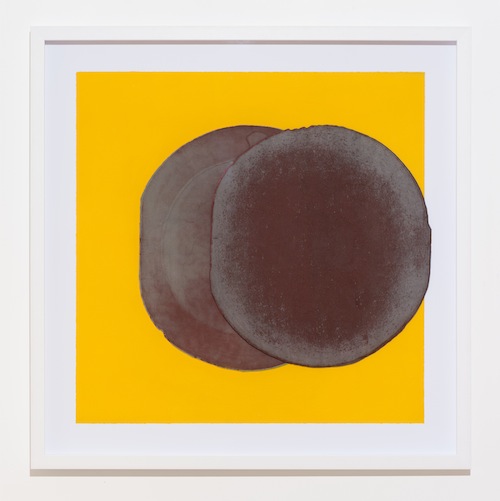 El Anatsui, October Gallery, London
Ghanaian sculptor El Anatsui is known for transforming simple materials like bottle caps into complex assemblages. At the age of 73, and after a 55-year career, he was awarded the Golden Lion for Lifetime Achievement at the 56th Venice Biennale. This new body of print works was created in collaboration with Madrid-based studio Factum Arte. (JH)
Until 13 May 2017. www.octobergallery.co.uk