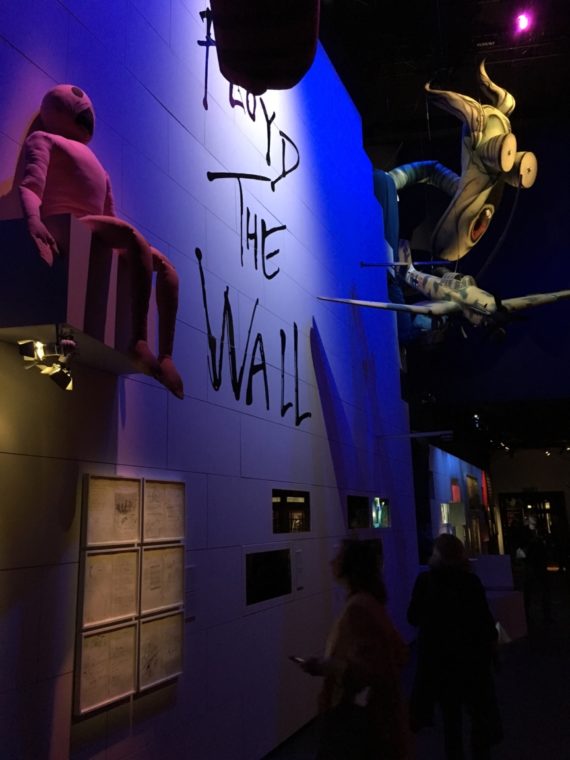 Pink Floyd: Their Mortal Remains, V&A, London
This bumper exhibition marks the 50th anniversary of the revered rock group Pink Floyd. There’s much to see, including instruments used on some of the band’s best known recordings such as Dark Side of the Moon, a recreation of the stage set from The Wall tour along with a giant inflatable school teacher looming into the vaulted ceiling, and the 6-metre high ‘metallic heads’ from the cover of the 1994 LP The Division Bell. An immersive audio track, developed by Sennheiser evolves as you move around the space, adding to the experience.
Until 1 October www.pinkfloydexhibition.com 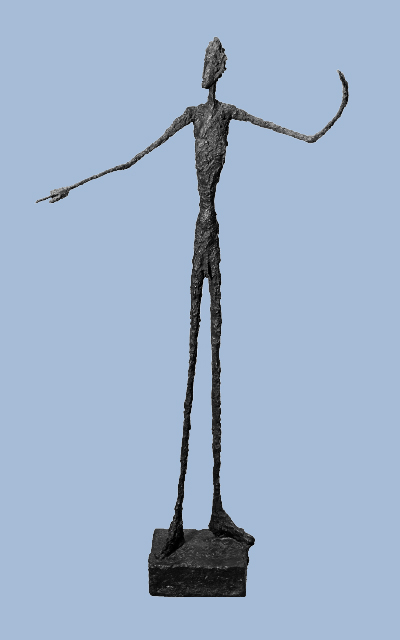 Alberto Giacometti, Tate Modern, London
Presenting the UK’s first major retrospective of Alberto Giacometti for 20 years, Tate Modern’s show brings together over 250 works. Showcasing the full evolution of Giacometti’s career across five decades, from early works such as Head of a Woman [Flora Mayo] to iconic bronze sculptures such as Walking Man I, the exhibition also includes rarely seen plasters and drawings.
Until 10 September www.tate.org.uk 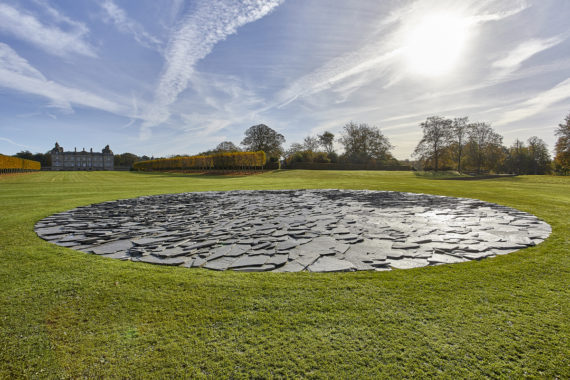 Richard Long, Houghton Hall, Norfolk
Turner Prize-winning British landscape artist Richard Long is well known for work that engages with nature, often developed during solitary walks. His new pieces in the grounds of Houghton Hall use a variety of materials, including local carr stone, flint from East Anglia, trees from the estate and Cornish slate. They accompany the permanent Long sculpture, Full Moon Circle, which was commissioned for Houghton in 2003.
Until 26 October www.houghtonhall.com 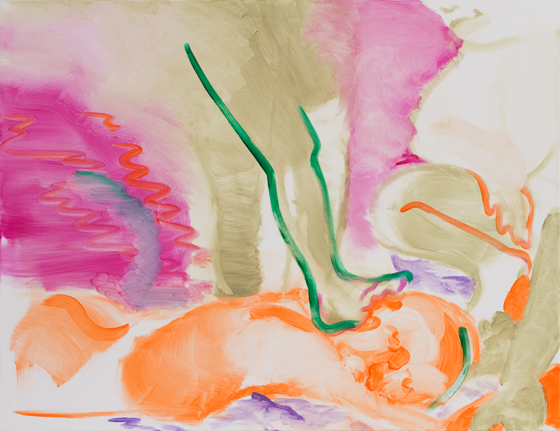 Philipp Kremer, CCA, Derry-Londonderry
Berlin-based artist Philipp Kremer’s new exhibition features two recent sets of paintings that depict groups of human figures in quite different scenarios. Split between works that depict more convivial moments such as reading and dancing and other works that capture more violent and eruptive states, there’s much to explore within this intriguing show.
Until 8 July www.cca-derry-londonderry.org 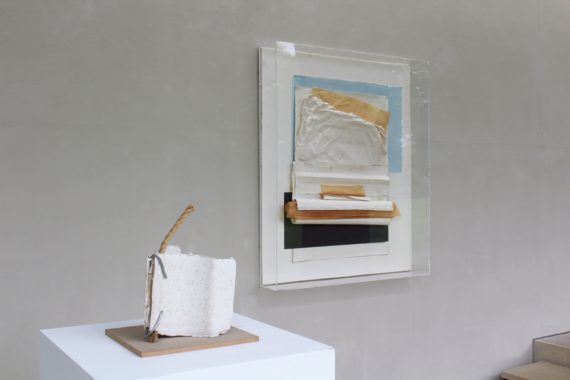 Anthony Caro, New Art Centre, Salisbury
This show brings together major examples from Anthony Caro’s Obama series of wall-mounted works in paper, shown alongside some of his freestanding paper sculptures. In stark contrast to his better known works in steel, these paper sculptures showcase the experimental side of Caro’s long and prolific career.
Until 2 July www.sculpture.uk.com