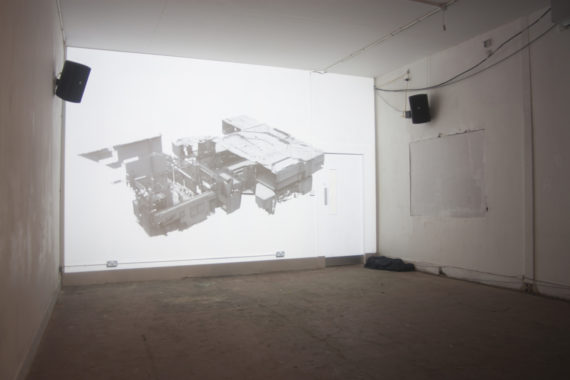 A new gallery has opened in Liverpool exclusively exhibiting work from artists and other creatives living in or from the Merseyside region.

Established and funded by The Kazimier collective – a Liverpool-based production company renowned for its club nights – Output Gallery and vegan café is situated next door to The Kazimier Garden, and aims to “support the mobility, development and visibility of the local art scene”.

It is a much-needed new space challenging the idea that it is “uncool” for artists to exhibit in their home city, says gallery manager and The White Pube co-founder Gabrielle de la Puente.

“I wanted to figure out all the things that I as a critic took issue with in Liverpool, and make this space a bit of a solution,” she says. “I know at the same time that not everything’s going to be fixed in one day. Just knowing so many artists who live in Liverpool and feel like they should leave, because there’s no mobility.

“All the institutions and the Biennial seem to find internationalism so trendy. That’s fine, but you can’t do that and completely abandon everyone that is here, because people will leave.”

As well as providing another stop for artists in between artist-led and institutional spaces, Output will address the identity of Liverpool artists known and unknown. 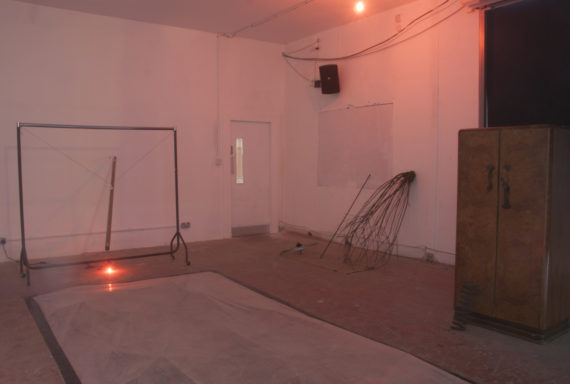 In a sign of programming to come, Output’s first two exhibitions feature brand new graduates from Liverpool John Moores University, Danielle Waine and Hassnat Sikander. Waine’s show, which closed at the weekend, involved a new sculptural and performative installation inspired by Andrei Tarkovsky’s Stalker; seeing the artist shake furniture, springs, wires and a guitar during the opening night and selling an accompanying CD.

Sikander’s exhibition will open 21 June and is due to expand on her recent sound artwork; a layered and affecting piece which explores forced marriage and escape.

Future events include solo shows for Liverpudlians Kate Cooper (19 July), a co-founder of Auto Italia South East whose internationally exhibited practice explores fleshy, hyperrealistic CGI bodies; and Glasgow School of Art alumni Michael Lacey (9 August), who makes incredibly intricate painting and collage on canvas but will be making a new album for Output. There will also be regular film screenings selected by exhibitors.

Having ‘Input’ sessions from the public on future programming will be key, says De la Puente. Emerging from her own interests in curatorial practice and visitors groups, the first Input drop-in days are on 16 and 17 June, and anyone is welcome who has an idea for a future event and would like to discuss it with her.

“I’m interested in the points between the curators, their decisions and the public,” she says. “When I worked with AIR Studio in London on the North Woolwich Art Festival [2016], director Anna Hart had a curators club of local residents.

“They would meet every single week before even the Arts Council application, to decide what they wanted, and make it as relevant as possible, and not just parachute in artists and entertainers that no one had agreed to. I’ve only had four weeks to install and set up Output, so at the moment it’s my taste, but I don’t want [the programme] to continue to be in my taste.

“So let’s start having those conversations but properly. If you want to do this thing, how much would it cost, and let’s build a programme out of that with a budget.”

The gallery is a surprising and welcome boost for DIY art spaces in Liverpool in the face of widespread redevelopment. Like any city centre, land is at a premium and artists are some of the first to suffer rent rises and evictions. 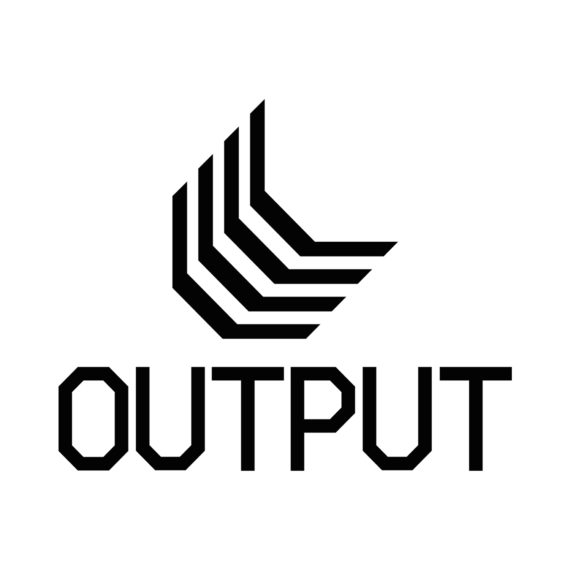 The Kazimier Club was opened in 2007 by a peer group of artists, designers, performers and creative technologists, and hosted extravagant themed parties and theatre as well as touring bands. It was demolished in 2016 alongside the Square’s other venues to make way for a series of apartments and at least one hotel. Although The Kazimier Garden has remained, there is no sign of any music venues returning – despite early promises that Cream would be replaced.

On the other side of the city, Liverpool last year lost 57-59 Victoria Street to developers, resulting in the eviction of Crown Building Studios (CBS), A Small Cinema and a host of other independent and affordable artist-led spaces. Some but not all have found new homes outside of the city centre. The Kazimier has opened a new venue, Invisible Wind Factory, in the Ten Streets area of the city’s North Docks, and CBS is now in the Baltic Triangle alongside The Royal Standard, Hub and Elevator Studios.

Output Gallery’s current space is guaranteed for the next 12 months. But the surrounding luxury flats are still being built, and The Kazimier Garden are currently in the process of submitting another permit to stay. However, De la Puente is optimistic about what can be achieved throughout the year.

“Besides it being for people based in or from Merseyside exclusively, which is exciting enough, I was kind of surprised by how much interest it’s had. It’s blown me away.

“‘This is what Liverpool needs’ is all people kept telling me on the opening night. And these were people who feel pushed out of the artist-led scene, or have done one painting in their life and are considering doing more because this space exists. It’s people of all ages. It shows that there was a real gap for it.” 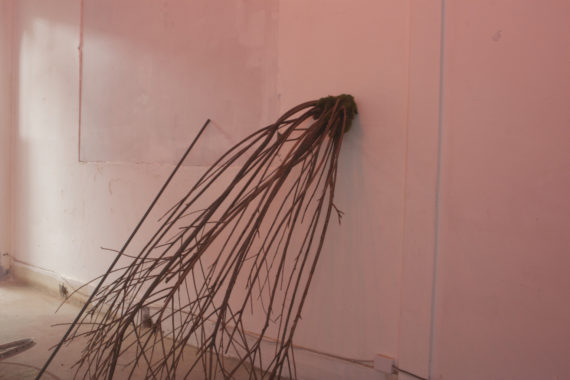