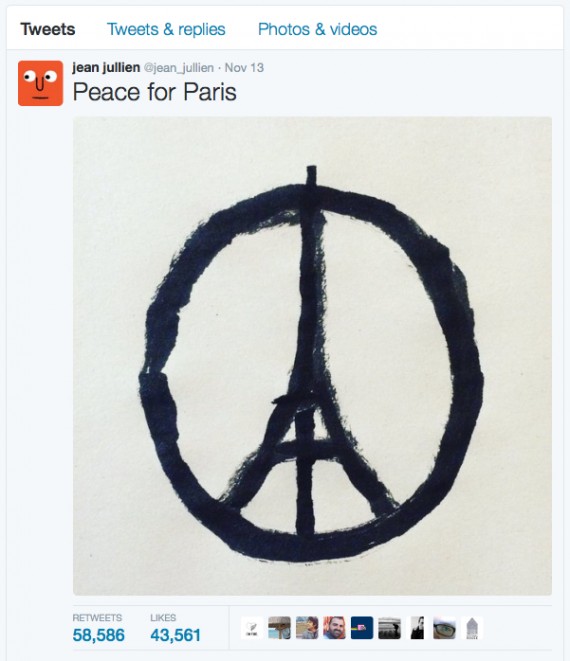 A London-based artist’s instinctive response to Friday’s terrorist attack in Paris has gone viral and been adopted by many as a symbol of solidarity with France.

Jean Jullien‘s simple but powerful black and white image of the peace sign incorporating a silouhette of the Eiffel Tower, immediately touched a nerve after he shared it on Twitter and Facebook on the evening of the attacks which have left at least 129 dead.

Accompanied by the words ‘Peace for Paris’, Jullien’s reworking of British artist Gerald Holtom’s 1958 design has been retweeted nearly 60,000 times since it was posted.

Jullien, an illustrator from Nantes who graduated from Central Saint Martins in 2008 and from the Royal College of Art in 2010, drew the response while listening to reports of the shootings on French radio.

He told the New York Times: “I draw. That is my way of expressing myself. The first thing I could come up with was a need for peace in reaction to this horrible violence.

“It was a very raw, spontaneous reaction. I didn’t sketch anything before.”