A three-day unofficial festival at Tate Modern this weekend is to continue despite its organisers being stopped from bringing festival programmes, projectors and seating into the venue.

The Deadline Festival, organised by Platform-London, has been scheduled to coincide with the current climate change summit in Paris and the expiry of Tate’s current BP sponsorship deal.

Minio-Paluello said: “Is Tate afraid of seeing the faces of people who are losing their homes due to climate change? As the Paris negotiations proceed, we need cultural institutions that can take climate action seriously. BP sponsorship is preventing Tate from facilitating a culture beyond oil.”

Events during the free, unauthorised festival have been taking place in the Turbine Hall, foyers and other areas of Tate Modern.

Continuing tomorrow and Sunday, planned events include screenings, a performance of a short play by Caryl Churchill, and a collective ‘seed bombing’ of Abraham Cruzvillegas’ Turbine Hall installation, Empty Lot.

Tate has declined to comment directly on the festival, but in a statement said: “BP is one of the most important sponsors of the arts in the UK supporting Tate as well as several other leading cultural institutions…

“Tate works with a wide range of corporate organisations and generates the majority of its funding from earned income and private sources. The support that these organisations give is extremely important and allows us to deliver a hugely successful and popular programme.” 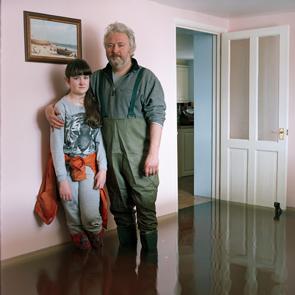