A petition to save Edinburgh’s Inverleith House gallery has been launched following the news that the Royal Botanic Garden Edinburgh is no longer willing to support the gallery’s world-renowned programme of international and Scottish contemporary art.

The gallery’s current show, ‘I Still Believe in Miracles‘, which finishes on Sunday 23 October, is expected to be the final exhibition at the venue. The show celebrates 30 years of exhibitions at Inverleith House from 1986 to 2016, and features work by artists including Douglas Gordon, Jim Lambie, Simon Starling, Corin Sworn, Ed Ruscha and Louise Bourgeois.

The petition, launched by Scotsman arts journalist and theatre critic Joyce McMillan, describes Inverleith House as “one of the city’s best-loved and most significant arts spaces”.

It goes on: “Given the importance of the gallery as an iconic location in Edinburgh, and a much-loved space both for the people of the city and for international visitors, it seems outrageous that the RBGE [Royal Botanic Garden Edinburgh] management should seek to close it at just a few days’ notice, and without public consultation, apparently with a view to exploiting it for more commercially rewarding purposes.”

The petition calls on “all the key bodies involved – the board and management of the Royal Botanic Garden Edinburgh, Creative Scotland, Edinburgh City Council, Visit Scotland, and others – to come together, as a matter of urgency, to ensure that this beautiful building remains open to the public as an arts space and gallery, for the foreseeable future.”

A statement from the RBGE said that the closure was due to financial pressures and the need to focus on the organisation’s core role to “explore, conserve and explain the world of plants for a better future”. 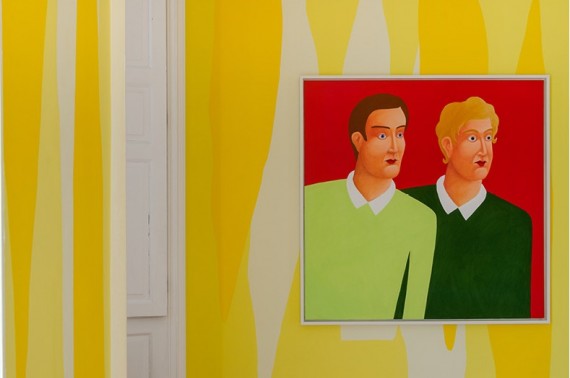 The statement continued: “Through this change the organisation will remove the various inevitable financial risks attached to running a high-profile gallery. It will also free up resources to concentrate more fully on its scientific and horticultural research and conservation work and provide greater scope to encourage public engagement with the environment.”

The gallery’s director of exhibitions, Paul Nesbitt, is to be kept on and the RBGE stated that art may be shown in other parts of the gardens, which are a popular tourist attraction.

The Scottish arts funding body, Creative Scotland, has expressed its dismay at the announcement of the gallery’s closure. Since 1994, Creative Scotland and its predecessor the Scottish Arts Council, has given £1.5m to Inverleith House. This has included money towards the exhibition programme and capital funding. The venue applied for regular funding from the body in the last round of applications, but was unsuccessful.

A statement from Creative Scotland said: “The importance of the gallery, alongside the work of Paul [Nesbitt] and his team, to contemporary visual art and artists in Scotland cannot be understated and its loss will be profoundly felt.

“We understand the financial pressures that RBGE are under, like other publicly-funded organisations. However, we would have hoped that the value that Inverleith House brings to the gardens, to the public, and to Scotland as a space for art and creativity could have been better recognised and result in a different decision.”

The news of Inverleith’s imminent closure follows the publication yesterday of Creative Scotland’s long awaited Visual Arts Sector Review, which among other things highlighted the financial challenges facing the sector in Scotland.

In recent years, Inverleith House has staged high-profile and well received exhibitions from both mid-career and established artists, including solo shows from Nicolas Party (2015), Isa Genzken (2014), Ciara Phillips (2013), and Luke Fowler (2012). Earlier this year it was one of the host venues for the Edinburgh leg of British Art Show 8.

The petition to prevent the closure of Inverleith House can be found at 38degrees.org.uk
SCAN are organising a mass visit to the house on 23 October. For more details visit their Facebook page