Photo50: "Most of the artists did not actually use a camera." - a-n The Artists Information Company 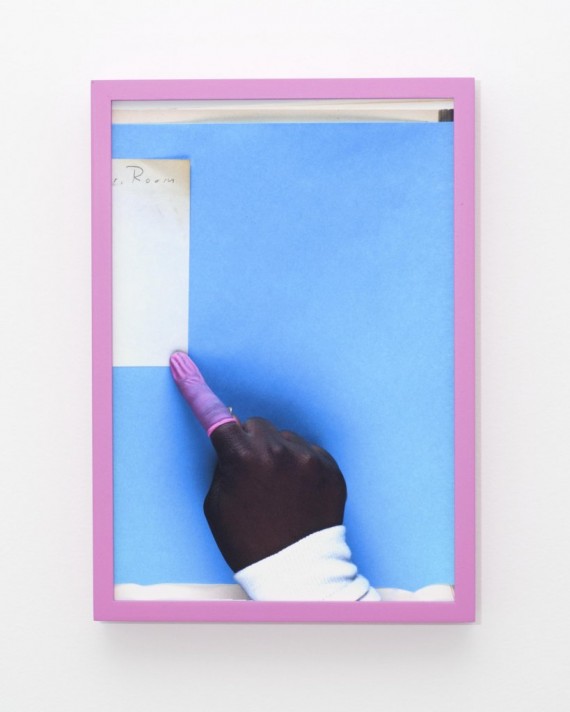 “We are thrilled that the medium has more varied interest than ever before. Although it remains a specialist field, it is important that photography is increasingly integrated into mainstream art historical discourse, rather than being regarded as somehow separate.”

Jeremy Epstein is discussing the Immaterial Matter exhibition for Photo50, the contemporary photography strand of the annual London Art Fair. Along with Charlie Fellowes – who he founded London’s Edel Assanti gallery with in 2009 – Epstein is guest curator of the show.

“We feel strongly that the three artists working in the medium within our own roster are seen in as broad a context as possible,” he says. “Hopefully, our presentation endorses this position by demonstrating how difficult it has become to even define the boundaries of the medium – the majority of the artists included did not actually use a camera in the production of their works, despite their application of stock imagery or manipulated existing digital images.”

Immaterial Matter sets out to explore and break down distinctions between photography’s material existence and its presentation, reproduction and reception through digital means. It also looks at the extent to which these classifications effectively delineate our world and our fields of experience in the information age. This, combined with photography’s dissemination through the Internet, is what Epstein perceives to be one of the medium’s most meaningful shifts in recent years.

“When we were invited to curate Photo50, an exhibition presenting current themes within the medium of photography, our first impulse was to endeavour to show just how profound an impact these technological evolutions have had on artistic practice and its reception.”

Far from showcasing long-accepted modes of photography, more than anything else the 50 or so works from Aram Bartholl, Constant Dullaart, Joe Hamilton, Nicolai Howalt, Brenna Murphy and Andrew Norman Wilson resemble technical experiments grabbed from computer monitors. For the most part, the exhibition revels in a curious strand of photo-based art, a kind of conceptualism that foregrounds reflexivity and interrogation of the medium over a depiction of the external world and the photographer’s subjective relationship to it. Image resolutions are altered through digital compression processes to reveal obtrusive but small errors, add-ons and adjustments; changes are made to details such as colour and brightness; and layers from various images are added to reveal kitsch abstractions with little material link to their real-life subjects.

The work won’t be to everyone’s taste, especially those radical traditionalists who champion notions of straight photography. But the curators insist that images exist in potentially infinite alternative manifestations and that the exhibition is tapping into, if not born out of, “the irrevocably altered state of photography as a classification in the post-Internet era.”

Epstein explains that they developed the theme with a few specific artists in mind. However, with every artist they added, new thematic channels were opened up that further enhanced the ideas they wanted the show to investigate.

“As a result,” explains Epstein, “you will find certain aesthetic dialogues that draw particular artists together within the show (such as the use of manipulated stock imagery in the work of Joe Hamilton and Kate Steciw) and certain conceptual relationships (such as the issue of the dissension of allegedly ‘de-privatised’ information in the works of both Nicolai Howalt and Andrew Norman Wilson).”

Discussing how Immaterial Matter sits within the wider curatorial remit of Edel Assanti, Epstein says the opportunity to work with artists whose work he and Fellowes had admired from a distance, but never had the chance to exhibit, was a major reason for taking on the project.