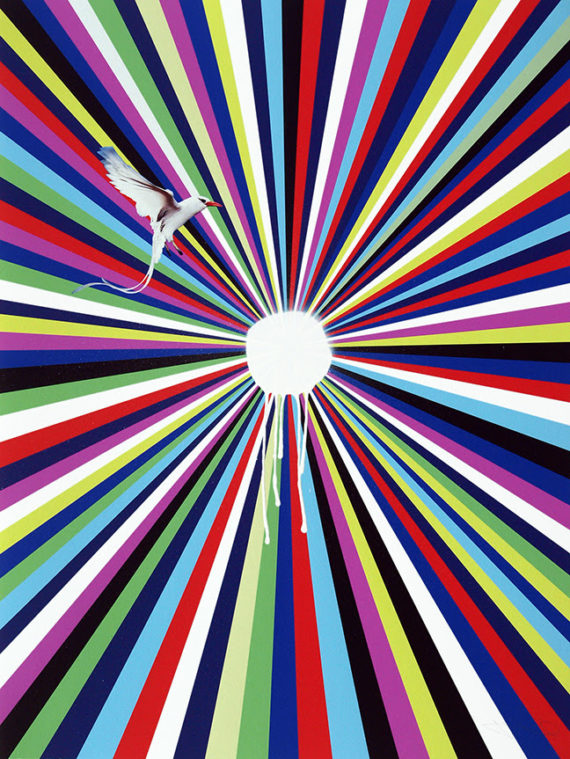 “Sifting through the archive, a treasure-trove of prints made over the past five decades, has been a great privilege and a pleasure.” So write Sam Ainsley, David Harding and Alexander Moffat (collectively known as AHM), the curators of ‘INK: Public Archive – Five decades of Printmaking at the Glasgow Print Studio‘. 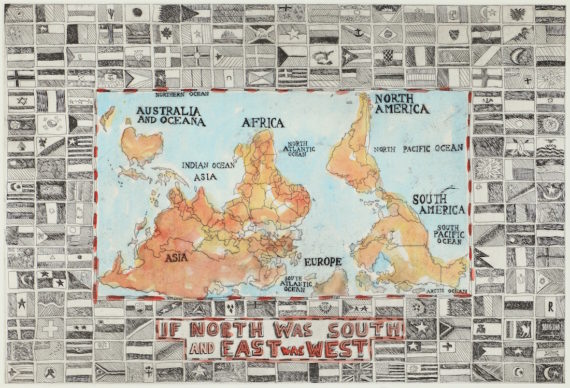 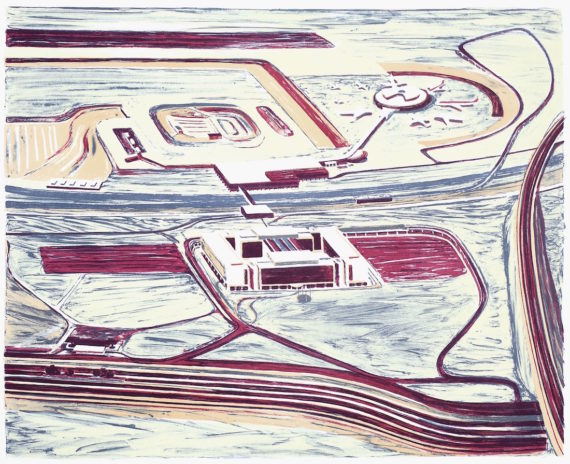 Selected from over 1,500 prints, the resulting exhibition features 56 works by 52 artists and includes many names likely to be familiar to anyone with even a passing interest in Scottish art: Claire Barclay, Christine Borland, Steven Campbell, Ken Currie, Alasdair Gray, Peter Howson, Jim Lambie, Bruce McLean – with highlights from the second half of the alphabet including Carol Rhodes, David Shrigley, Ross Sinclair, Andrew Wiszniewski and Richard Wright.

As AHM note in their catalogue essay, it’s a list that says much about Glasgow Print Studio’s place within the city’s – and Scotland’s – art scene. 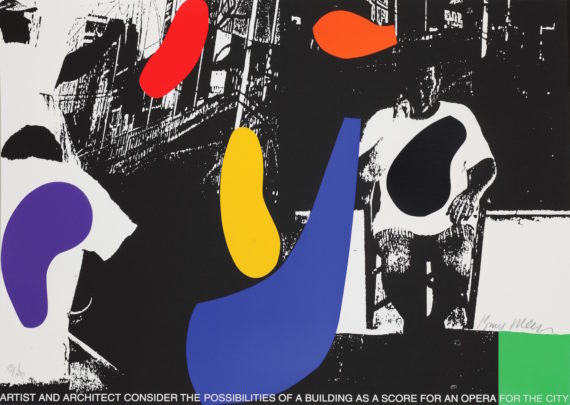 Since it was founded in 1972, GPS has been a factory floor for a huge number of artists, providing the means by which they can explore printmaking in a wide range of forms, from its etching and linocut facilities to, in more recent times, large format digital printing.

The work featured in the show includes screenprinting, etching, linocut, lithograph, photogravure and more. It ranges in scale from the relative intimacy of John Byrne’s disconcerting etching, Girl with Monkey (1972), to Peter Howson’s typically larger-than-life black and white woodcut, The Lonely Hero (1987). 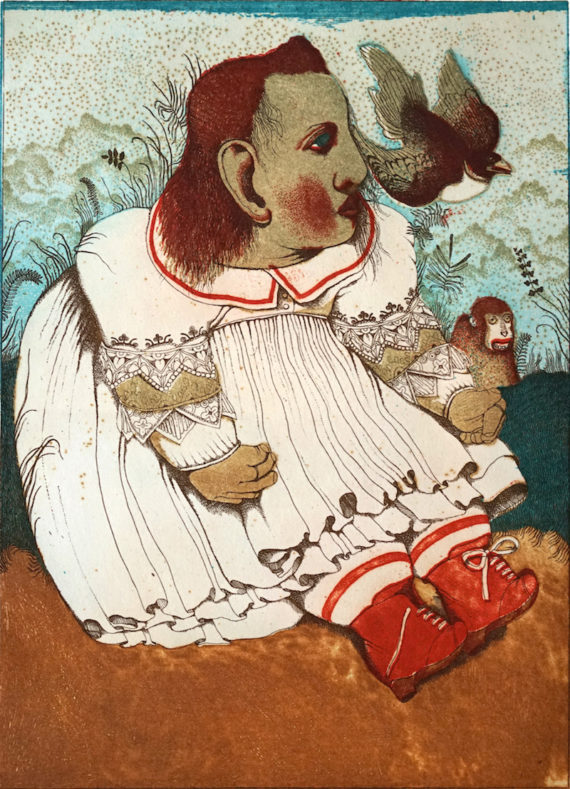 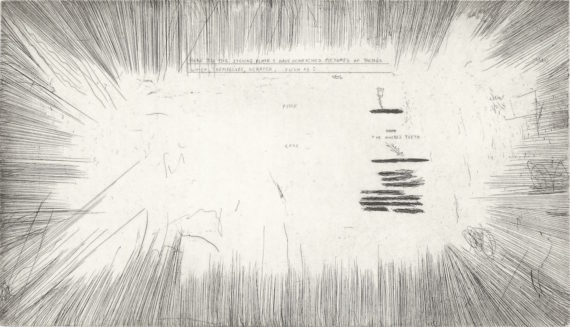 While there is no unifying style or approach throughout – to attempt to concoct one would be fruitless – what is captured is the energy, industry and invention of Glasgow Print Studio’s output. And the sense that, five decades hence, printmaking will remain an important aspect of many artists’ practice. 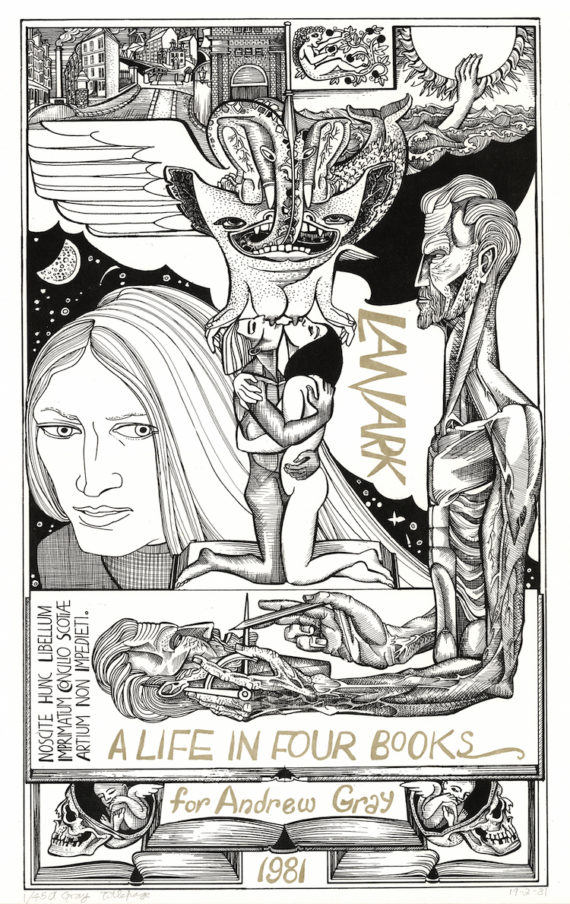 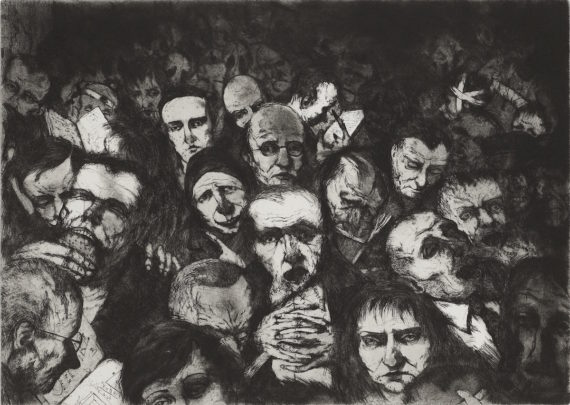