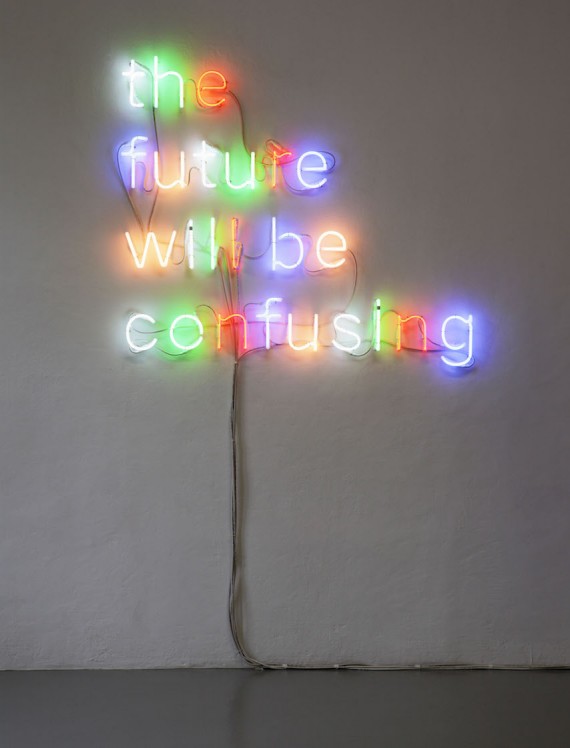 As city-wide art events go, Plymouth Art Weekender is an audacious and ambitious programme. Taking place across the city from 25-27 September, it plays host to 86 events involving over 400 local, national and international artists. It features institutional programming, artist commissions and, interestingly, an unselected open call.

“The plan,” says the festival’s coordinator Gordon Dalton, “is to include as many people and projects as possible in the same programme – no ‘fringe’ or hierarchy – to try and put the visual arts firmly on the local agenda as well as working towards making Plymouth a destination for the visual arts.”

PAW is produced by a consortium of Plymouth-based organisations and artists, working together through the recently formed Visual Arts Plymouth to deliver citywide projects growing out of the legacy of hosting British Art Show 7 (BAS7) in 2011. This approach, although not original, is markedly different from the similarly titled Bristol Art Weekender. Programmed by Situations, Bristol events are shaped by the organisations, institutions and invited artist-led projects, without the frisson of unselected projects.

PAW’s way of doing things would appear more egalitarian – the institutions will still be delivering their programmes, but a marketing campaign that includes the larger range of projects will create a festival ‘moment’ over the weekend, with all events evenly promoted. Dom Jinks, executive director of Plymouth Culture and a Visual Arts Plymouth member, explains how Plymouth Culture was formed as an enabler for the city’s cultural activities, realised across a spectrum of cultural production.

“The city’s unsuccessful bid for UK City of Culture 2017 demonstrated an ambition, if not the answer, in how the city would go about delivering an ambitious cultural programme,” he says. “The Weekender is an example of what is possible across the city, commissioning dynamic artwork, and also to challenge this by putting established artists such as Tim Etchells and David Shrigley alongside new and emerging talent across the city.”

Dalton, who was previously director of Swansea’s Art Across The City, says the project appealed to him because he was “impressed, not only by the range of galleries and organisations in Plymouth, but by the artists and communities and the will to get things done”. Such an approach is born out of necessity: Plymouth is a small city with a population of around 250,000, and working together is an essential part of developing an audience – particularly when a large part of that audience is made up of the local creative sector itself.

“There is a feel-good factor in Plymouth that I haven’t seen for a long time,” adds Dalton. “There seems little ‘them and us’ ego and snobbery between artists, communities and organisations. Everyone is on board.”

Plymouth Arts Centre artistic director Ben Borthwick, who took up the role at the end of  last year, believes that PAW signals a bold move by the city to accommodate the cultural potential of the visual arts. Reflecting on Plymouth’s recent history, he says: “The cartography of the city has changed. It is now made up of a number of different organisations and projects that are more dispersed, less centralised.

“This is a very different context than ten years ago when there were only one or two organisations that delivered programmes with an occasional public art, international, or socially-engaged project. We were one of these organisations and it has been very challenging to adjust, but we are now honing in on what we are uniquely placed to deliver.”

PAC Home, the arts centre’s artist associates programme, is clear about feeding into this. Vicki Fear, programme coordinator, explains: “PAC Home is about connecting artists, building a support network, where the relationship between artists is paramount, valuing shared knowledge.”

That said, Fear believes there’s still much to be done. Plymouth, she says, is “behind the artist-led culture of other cities” and PAW offers “a massive opportunity for artists to learn more about how they can present their projects outside of an institutional context”.

This drive and dispersal in the city has led to a broader and more dynamic climate where artist-led projects such as KARST and Ocean Studios, two relatively new gallery and studio complexes opened in 2012 and 2015 respectively, can become important participants in the city’s visual arts ecology. Both cite the lack of local provision for artists and the large number of graduates that appear each year, as a motivator for getting their projects off the ground.

These developments were also driven in part by the impact of the British Art Show on the city and its stakeholders. Carl Slater, co-director of KARST with Donna Howard, reflects on this. “We went with the momentum of BAS7 to set up a space, wanting to capitalise on the energy in the city at the time,” he says. “Previously, the city council would not have easily considered supporting contemporary visual art outside of an institution provision, and BAS7 went towards their understanding of how this could happen.”

Slater and Howard were both committed to setting up “something that was not already existing in the city, something that was independent – with an international focus”. Support from the “right people at the right time” within the council enabled the take over of a derelict council-owned building, and KARST’s persistence has paid off. It sets its own agenda and delivers a dynamic programme of exhibitions, residencies and artists’ studios.

Ocean Studios directors Jennifer Jayarajah and Leigh Mason also proved their mettle in following their vision. “Setting up Ocean Studios took a lot of time, a lot of meetings, and the commitment to stay with the project,” says Mason. Opened at the end of July, Ocean Studios currently has over 40 artists in studios in the renovated historic naval buildings of the Royal William Yard, with a gallery, bookable facilities, incubate and project spaces.

Before inhabiting and renovating the derelict buildings, Ocean’s first public-facing event (initiated alongside BAS7 in 2011) was a small auction of artist works. This gave them the seed money to start developing the project with designers, enabling larger fund raising and opening up support from the different quarters in city.

Mason is clear about Plymouth City Council’s motivation. “The thing that is important is the council putting their money where their mouth is; they are making a commitment to culture and the arts and it’s not just lip service. When Plymouth didn’t get shortlisted [in 2013] for City of Culture, it left a gap for new things to move forward.” It was around this time that they were able to secure £4m to fully fund the project to develop and open the studios.

Developments like Ocean and KARST clearly have an impact on Plymouth’s art ecology, making it a more attractive place for artists. Stephen Smith recently relocated to Plymouth from London and is a studio holder at KARST. “Plymouth has a slower art scene, and this means it is easier to navigate,” he says.

While bigger cities have more galleries that compete critically with each other, this “multi-dimensionality” doesn’t exist in Plymouth. “What is on offer can seem to blend together, without clear distinctions; Plymouth’s art scene can appear to meld into one,” says Smith. This isn’t necessarily a bad thing. “You are able to dig in, kick back, freeing you up to make and do as you like.”

Ryan Curtis, a recent Plymouth graduate, agrees. “It’s not a priority to show my work in Plymouth, as it operates much more as base for me to show elsewhere.” His rationale for being part of PAW is that it “makes it easy for us to celebrate all the stuff that happens in Plymouth, to put on a show, with less pressure, not as a big exposition, and at least for me, to put on some more experimental work”.

Reflecting on the financial implications of this, he says: “There really isn’t any budget to make a big ambitious work, so what I am looking forward to in PAW is that a lot of the work will in part be born out of necessity, revealing a DIY culture, a type of low-level survey show.”

PAW also presents some challenges. Plymouth-based artists LOW PROFILE (Hannah Jones and Rachel Dobbs) pinpoint some difficulties. “There was very little lead in time for PAW – definitely not enough to submit our own funding bid – so we felt a little left out and unable to contribute in the way we would have liked to. There is an assumption that artists can do something on a wing and prayer, for no money and no time.” They add that more could be done to support ‘post-emerging’ artists, to generate a more rounded ecology in the city.

Longer term, and post project, there is clearly a need for on-going qualitative and supported opportunities, a ‘hand up’ rather than hand out. This needs to build on the ambitions and existing work to date, with a realistic value being placed on cultural production that benefits and enriches the wider cultural offer of a city.

What could be more sustainable than supporting local artists to make engaging work that becomes part of a city’s narrative and cultural offer, but also its export? This means recognising the monetising of cultural production, what it costs for artists to make work, and finding ways that this can be fed back into the specific and broader communities of cities. And to not always look outside for what you already have at hand.

It seems that, as a project, PAW is a generous offer to local artists to make and present work on a cohesive platform. There might be a question of how, beyond the event’s map and listings, to discern the quality of projects between the institutions, commissions and artist projects, yet the success of the open call clearly demonstrates the desire and willingness for artists to take up opportunities when offered. And that, in turn, says a lot about the strength of the burgeoning artist ecology in Plymouth.

Steven Paige is a member of the AIR Council, an advisory group that helps to identify and explore issues that impact on artists’ practice