Post-election breakfast: “Artists can keep the focus on the big issues” - a-n The Artists Information Company 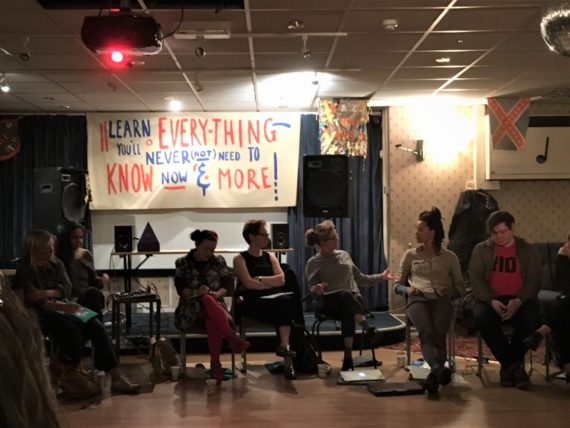 “I made a point of not finding out the election results and I made it all the way to here – I wanted to see if I could read it in people’s faces – and I couldn’t read anything. It wasn’t until I learned what the result was that I thought – now that makes sense.”

Rivca Rubin’s introductory statement perhaps summed up the feelings of celebration, trepidation, confusion and expectation among those who had gathered for the ‘Post-election breakfast’ session – part of the second day of a-n’s Assembly event in Bristol.

But Rubin said she’d like to start off by reflecting on the previous day’s election with “a space for people to say what’s on your mind. What are you feeling about this?” Here we share some of those reflections. (Comments have been kept anonymous as speakers didn’t introduce themselves before offering their thoughts.)