A Q&A with... Layla Curtis, artist and explorer of places - a-n The Artists Information Company 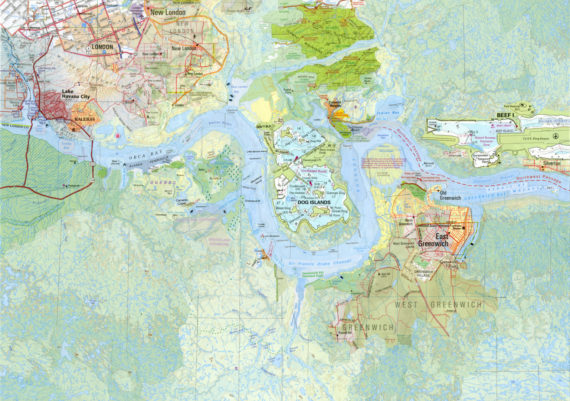 Offering an online store of affordable artwork plus a journal of related research, Edgework will provide networking opportunities to both participants and the wider public. 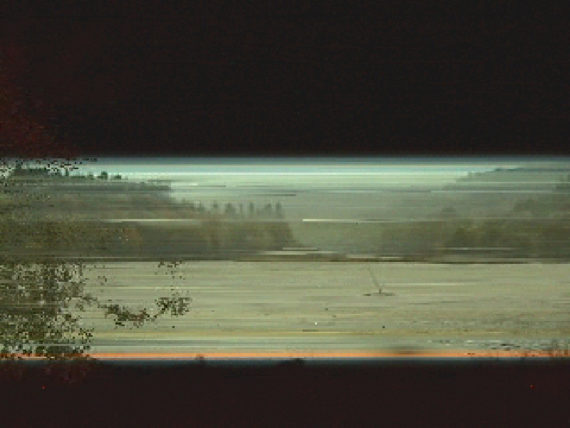 How were the artists selected for Edgework?
The project brings together a diverse range of creatives working with sound, photography, drawing and digital technologies, and creating books as well as editioned prints. What unites us is our shared interest in ‘place’. So for example, we have several of Susan Collins‘ editioned prints which she has made over a number of years. She installs webcams in various locations, for instance overlooking a loch in Scotland and a rural landscape in Cambridgeshire and some seascapes on the south coast of England. The cameras then record that landscape over the course of a year, one pixel at a time, and her images are built from individual pixels collected, one per second over 23.33 hours, so just under a day. Her larger-scale works sell for thousands but we have some smaller versions for £250. 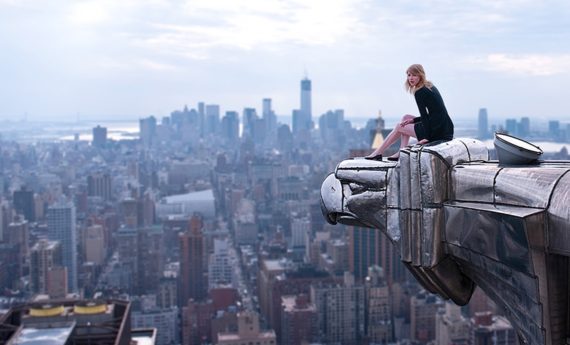 Another participant, Lucinda Grange, is an amazing urban explorer. She accesses urban spaces that for most are unseen, hidden or simply out of bounds and often takes photos of herself in those locations. She has climbed some of the world’s most iconic structures, often at night and without permission, to capture images of the cityscapes below. One of the pieces included in the store is a picture of her sat atop a gargoyle protruding from the 61st floor of the Chrysler building in New York. We’ve also got one of her sat on the Forth Rail Bridge in Scotland and another she took of companions climbing the original chimneys at Battersea Power Station before they were knocked down.

There’s also a book, Sounds from Dangerous Places, with accompanying CDs by sound artist Peter Cusack, and a portfolio of three works by Nicky Hirst who takes fantastic photographs whilst walking the streets of south London and posts them to her Instagram feed. We have some of Lee Maelzer’s photographs that she’s chemically melted and then turned into prints. It is a great variety.

The first strand of the project to launch is the online store. What was the thinking behind this?
I’m working closely with the artists and the online store is a curated space. All of the works are limited edition and almost all are under £500. Many of the artists have made work especially for Edgework and it’s been really exciting to see the results. It’s a platform for artists to sell more affordable works directly to the public. For some it’s the first time they’ve made editions.

So the pricing will make the store more democratic?
Yes, I believe so. Also, I’ve tried to design the site so that work is well described and documented and the buying process is made easy. It will hopefully encourage people who wouldn’t necessarily have a track record of purchasing art to get involved.

Do you think being an artist yourself has helped?
Yes, definitely. I think artists are generally quite resourceful and have a wide range of skills useful to setting up a project like this. Working closely with the participating artists has meant I have learnt a lot from their approach to certain things like marketing via social media and writing about work. Between us we have an enormous amount of expertise. Although I’m ultimately responsible for the project and I’ve had to learn a lot very quickly, the other artists have been incredibly supportive. I also realise how useful my experience of being represented by a commercial gallery has been – I know what it feels like to have someone else market and sell your work which makes me very aware of my responsibilities to the other artists. 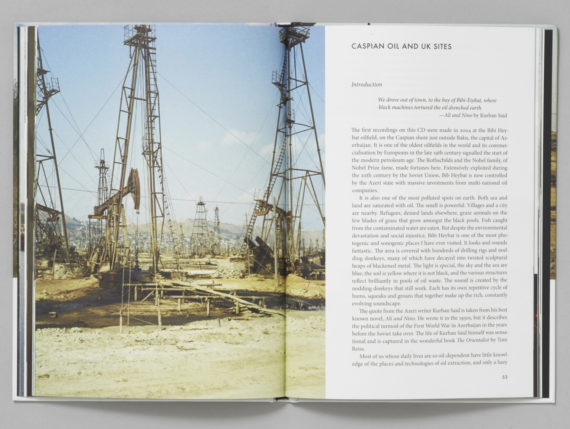 Is there a wide geographical spread between the artists?
Yes. Several of us are London based, whilst Lucinda Grange is in New York, Peter Cusack in Berlin, Alec Finlay in Scotland, Andy Day is living in France, Joy Gerrard in Belfast, and Simon Woolham is based in Macclesfield.

The second strand of the project is a research space with invited contributions from artists, and professionals working in other fields. Why is this important?
The journal is a space for participating artists to give readers an insight into their extended research, fieldwork and working methods. It will operate a little bit like a blog, with articles regularly being published. I’m also inviting artists that aren’t currently part of Edgework to contribute. I’d like to expand the conversation about place beyond the art world to include the sorts of people that we as a group of artists tend to call upon for expertise when we are making our work and who often have shared interests and research concerns. For me that includes social geographers, urban explorers, architects, cartographers, town planners and anthropologists. My aim is that contributors might come across artists they otherwise wouldn’t know, and that artists will benefit from the multidisciplinary nature of the journal. I’m hoping that it will encourage cross disciplinary conversations and perhaps even collaborations. 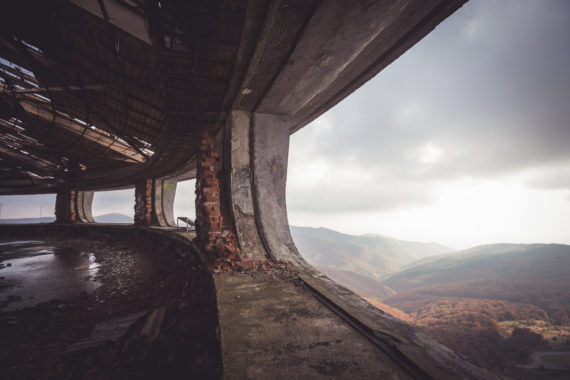 Have you already got the contributors to the journal lined up?
It’s at the very early stages of planning but yes, I’ve had discussions with a few people. The first article is by by Andy Day, who is also one of the artists with work in the online store. He is a photographer who has just come back from the Chernobyl exclusion zone. Andy has written a really interesting piece focusing on ‘dark tourism’, and how this disaster zone has been packaged and sold to tourists as an experience. Accompanying the piece is about eight or nine photographs that he took on the visit. Although it doesn’t directly relate to the work he has in the online store, it does give the reader an insight into his wider research and a glimpse of what feeds his practice.

One of the nice things about all the artists involved is that we have very interesting field work. Our work takes us to quite varied places and the journal gives us an opportunity to share our experiences, opinions and musings. In Andy’s case, he isn’t only a photographer – he is an urban explorer, adventurer and climber as well so he understands ‘place’ from a very particular perspective.

Are there any plans to expand the roster of 10 artists?
Absolutely. It is intended to be an ongoing project and I’d like to work with more artists next year. I’m planning to apply for funding to commission new works, with artists able to submit proposals via an open call.

How useful has a-n’s One-to-One mentoring scheme been?
Lucy Day was incredibly helpful. It was great to talk through my ideas and have someone to bounce ideas off. I think as artists we often work in isolation – so it was useful even just to confirm that I was indeed on the right track. a-n has also put me in touch with someone who has experience of running an online store. This helped me develop my marketing strategies and also to plan some of the logistics.

What are your hopes for the project? Can you see it coming offline into a physical space?
I think there is huge potential for extending our research into a series of talks or a conference, but my priority at the moment is to develop the journal as a useful online resource and expand its reach. However, it would be great for all the participants to meet up eventually and perhaps even organise a physical exhibition. Logistically this might be tricky due to everyone’s locations, but yes, I think that would be good.