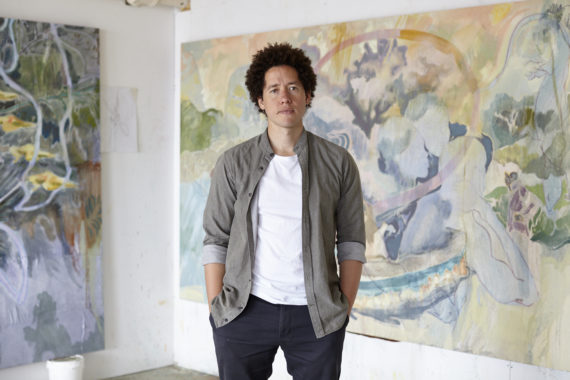 Although his imagery is rooted in his East African heritage, Western art history is a constant reference point for the Kenyan-born artist Michael Armitage. Painting on Lubugo, a bark cloth from Uganda, which is traditionally used as a burial cloth by the region’s Baganda people, his paintings are vivid and dreamlike, with influences ranging from Goya to van Gogh and Gauguin.

Gauguin’s The Vision after the Sermon (Jacob Wrestling with the Angel), 1888, is mirrored in a recent painting, Nasema Nawe, which deals with the highly sexual Baikoko dance, a dance performed exclusively by women, usually in private. He cites Gauguin as an abiding influence, not only as a painter but because of the post-Impressionist’s exoticising gaze, as Armitage has had to confront notions of cultural ‘othering’ in his own work. 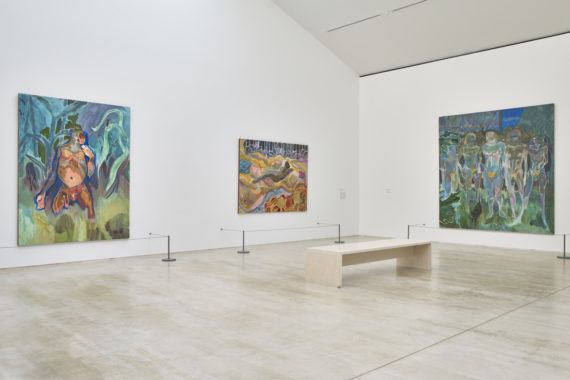 Your current exhibition at Turner Contemporary has an intriguing title. Why ‘Peace Coma’?
‘Peace coma’ was actually a phrase coined by the international press when Kenya was experiencing a lot of unrest between 2007 and 2008, during the elections. And the term referred to the way the local Kenyan press was trying not to incite further violence in the way they were reporting the elections. So the Western press started accusing the Kenyan press of going into a ‘peace coma’. There seemed to be a hunger for the reporting of violence in the West, whereas in Kenya the media and the general public were keen to keep the tensions as low as possible. So Peace Coma was a term coined by the Western press and I actually thought it was quite a poetic phrase.

You’ve been living in London since you were an art student, but your work is situated in East Africa, in Kenya particularly. How important is that distance to you when you work?
When I’m drawing on certain experiences for my work, I have to have a lot of reflective distance, although up until about three years ago I was spending between four and six months a year in Kenya, so I’ve always been able to have distance as well as be part things. But I think the act of painting – certainly the way I paint – requires that. There are certain things I need to reflect on quite substantially before I commit to it. 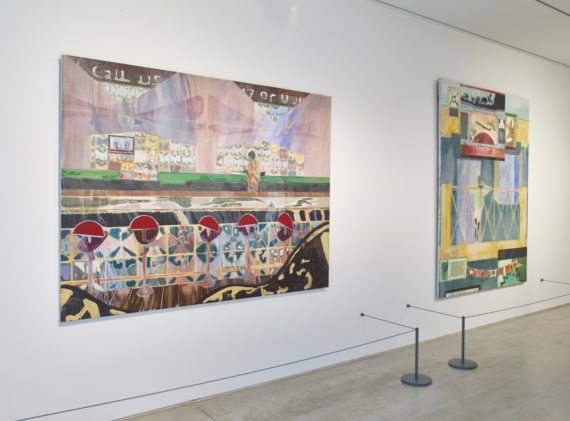 Do you look through a lot of press images for inspiration? For instance, I’m thinking of your painting Necklacing, which shows a man about to experience a punishment by that very gruesome practice.
The paintings are based not so much on press stories. A lot on them will be based on experience which I’ll then research. Sometimes in the research, there’ll be stories that come up in the press that carry images that trigger something in me. But that particular painting was something that I witnessed when I was about 13. I saw a man running with the tyre round his neck and he was running away from a gang. I didn’t understand what was happening at the time.

You don’t use an ordinary canvas to paint on, but a bark cloth from Uganda How has using this lubugo bark cloth affected your painting process?
It’s been pretty fundamental in how I paint. It’s given me a lot more flexibility with the images I can use. Technically it’s changed my process because I used to use paint that was a lot thicker. You’d lose a lot of the unique surface of the bark cloth, all the different undulations and tears and repairs, if you cover it in thick paint, and I really want the surface to interrupt the painting. So I’ve ended up thinning down the paint. And I’ll work on quite a few paintings at the same time, because it’s a matter of building up, then rubbing down and then repainting, and then rubbing down again. It’s a very  slow process, even though the paintings look like they’ve been painted quickly. 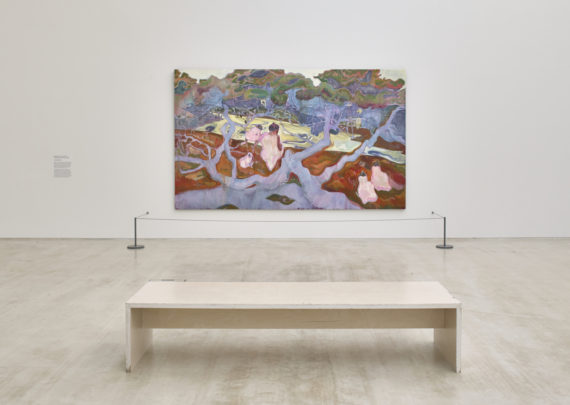 I was struck by your painting Nasema Nawe (the title translates as ‘I’m telling you’), because it’s painted after Gauguin’s The Vision After the Sermon. And in the painting the female figures are performing a highly sexualised dance that was banned in Tanzania two years ago.
The dance is actually what triggered a whole body of work in the Turner Contemporary exhibition. There’s another painting in the exhibition called Diamond Platinumz. Diamond Platinumz is a Tanzanian musician and I came across this baikoko dance through one of his music videos. Because of that video the dance has now gained a lot of momentum, and you’ll get these baikoko nights, which are incredibly hypnotic.

Why did you decide to place this very seductive East African dance within a painting directly inspired by a nineteenth century post-Impressionist?
There is something about the way that Gauguin’s Breton women are placed and their interaction that was really interesting for me. He does a lot of really clever compositional things. Also, he does have this have attitude to sex and exoticism which is now controversial, which is something that within my own work I have to deal with. So it’s between him as a painter and the politics of representation in his work that drew me to him. Those are the two reasons I look to him.

Can you tell us more about the ethics of representation that concern you?
Exoticism and ‘otherness’ is something that I think about a lot in my work. So what happens in a situation where your culture is changing, but you’re wanting to hold onto some things, when maybe the function of something is gone but you use it in your work out of some sense of identity? And what happens when that becomes a performance for somebody else, say within tourism, or for an international audience? You end up with a self-exoticising version of it. That’s something I’m very aware of and concerned about when I’m making my work.

Peace Coma is at Turner Contemporary until 24 September, 2017 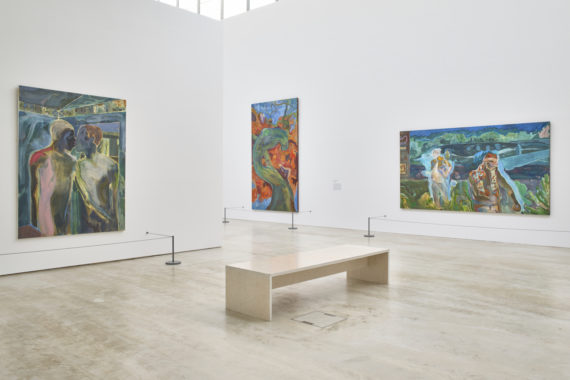