A Q&A with... Stuart Semple, artist and campaigner against hostile designs - a-n The Artists Information Company 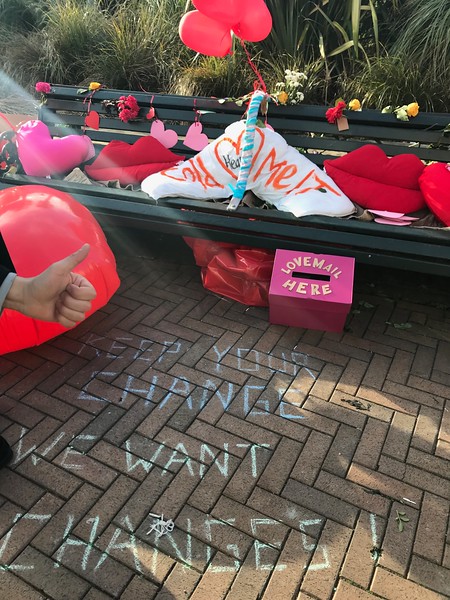 Dorset-born artist Stuart Semple has launched a campaign against ‘hostile designs’ after an image he took of a bench in Bournemouth town centre got over a million views in under 24 hours on Facebook. The seat had been retrofitted with metal bars in order to prevent homeless people from sleeping on it at night.

Following a public outcry, the local council removed the metal bars. However, Semple sees this as just the beginning of a much broader campaign aimed at influencing planners and councils to create more inclusive and welcoming spaces.

Semple has a reputation for tackling subjects head on. In 2016, responding to Anish Kapoor securing the exclusive rights to the use of Vantablack – the world’s darkest man-made substance –  he launched ‘The world’s pinkest pink’ and banned Kapoor from using it.

Viewing his new campaign as part of a global fight against hostile designs, Semple believes that such protests also reflect the changing role of the artist in society.

Why did you launch hostiledesign.org?
I’ve been getting increasingly worried about hostile design. For the last couple of years in different parts of the world I’ve seen it creeping in, and then I saw it in Bournemouth town centre. It really upset me and I wanted to do something about it. We can all make art for public spaces to make them better and happier, but when the authorities are doing the opposite it is really disappointing. In Bournemouth they retrofitted these big metal bars down the middle of the Victorian-style benches that are public furniture, in order to prevent rough sleepers using them. The design was really offensive and nasty. In my opinion, it’s just wrong. 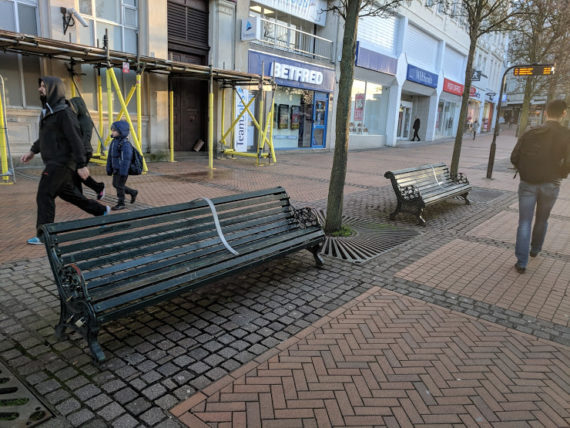 Has Bournemouth got a particular issue with rough sleeping?
I think rough sleeping is growing and is on the rise, so I wouldn’t say it is just Bournemouth. But the town has taken a particularly hard-line approach to it, which is why I think they feel legitimate in making such brutal design statements. The council claimed to have had some complaints from local businesses that it was making the town look scruffy having rough sleepers about. They thought putting bars up would somehow change things, but there’s nothing good about it that you can possibly find.

It makes the public realm look hostile and uninviting. We know from the history of architecture and design that when you start doing those interventions, it’s actually a vicious cycle because you make places look hostile and uninviting then they became exactly that. You set up a chain reaction where it feels like something edgy is going on that isn’t quite right. It’s almost like a Victorian approach that is the opposite of what progressive cities are doing.

Are there other places that Bournemouth could learn from?
Vancouver is a great example. They have benches that fold into shelters, and they actually have ‘Take Shelter’ written on them. Another one is Bogata, which was really quite rough where you’d be scared to walk down the street. But its mayor went on a mission and transformed it into one the happiest cities on earth. He brought all kinds of people together in the public realm for very little money and it worked. He’s been all round the world explaining to people how to make their towns and cities happier and more connected. He even managed to get the centre of New York shut down for a bit and pedestrianised in order to get people out and about. There are other approaches to doing it.

Since launching your campaign Bournemouth council has removed the bars. Is this just the start?
Bournemouth council removing the bars is not the end of the issue. Hostile design is a global issue. Yes, the bars have been taken off the benches – hurray – but the next step is raising awareness of hostile design and calling it out as morally wrong. The big idea is that town planners, the people who commission this kind of stuff, are asking a bigger question of how can we start doing things in a more progressive and inclusive way. What we are trying to do is keep the pressure up in general so that people think twice about using hostile design at all in the future. 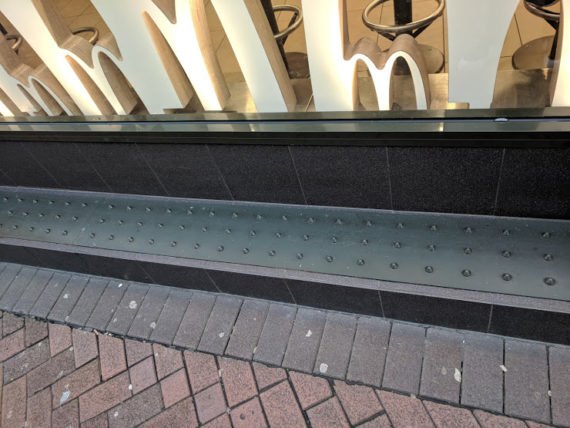 Following the public response, have the council been more receptive to your ideas?
When everything started kicking off, Bournemouth council got in touch and asked if I wanted to meet the housing team so they could show me what they were doing for the homeless. I said I didn’t want to meet the housing team – I wanted to meet the planning team, the design team, the people behind it. Then they went really quiet and didn’t contact me at all. I only found out about the bars being removed when the local paper contacted me and read out a statement they’d received from the council. They missed the point. On the one hand, you can be doing really great work with the homeless, but if with the other you are putting up bars it doesn’t really make sense.

The thing is, I’ve spoken to Bournemouth council about so much. There’s a new £25m Zaha Hadid arts building being built at the seafront. They’ve come over to the studio and we’ve had lengthy meetings about how that becomes inclusive and other placemaking projects for run-down bits of the town. It’s just bizarre that after the last 12 months of talking about how to do these things properly they went quiet.

How can people get involved in the campaign?
The simplest thing people can do is find hostile design near you – and I can guarantee every town and city has some – photograph it with your phone and upload it to Instagram using the hashtag #HostileDesign. The website hostiledesign.org pulls all of those in and we get a global archive of the state of hostile design. It raises awareness and teaches people how to spot it and call it out in their own communities.

Another thing they can do via the site is order stickers to label anything in the public realm that is hostile design. They are made out of special vinyl that won’t harm anything they are stuck to. You can choose what you want to pay for them, whether that be nothing, a quid or whatever. That helps fund the free ones.

Has there been much response so far?
It’s gone absolutely crazy and the amazing thing that I didn’t think would happen is that the hundreds of people that have ordered stickers, only eight people have asked for free stickers. Most people are paying 50p or a pound. It’s amazing when you see things like that, because you assume people are going to run and grab all the free stuff, but actually they don’t at all. 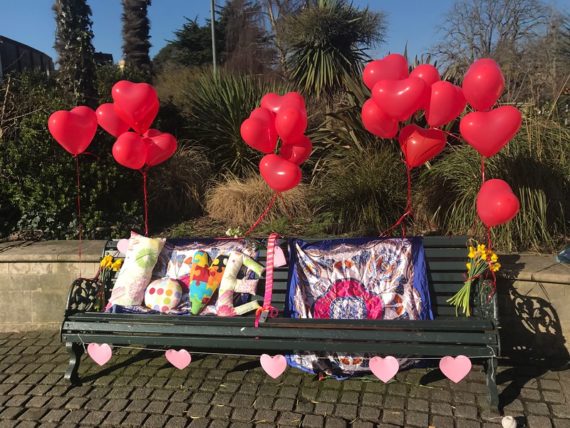 Have you experienced other artists wanting to get involved in the project?
We did this impromptu public art piece where we invited people to come down and transform the benches into what we called ‘love benches’. It was a form of intervention and I was amazed by how many people turned up. They had made all sorts of stuff, some really beautiful things. The benches were transformed and they looked incredible.

Do you think that being an artist has given you a unique approach to campaigning?
Artists look at the environment around them through a different lens. We spot things, but also there is something to be said about what the role of the artist is now. Can they actually be useful? I think there’s a growing trend where artists actually do, rather than just reflect something. They can have an impact on something in a particular way.

My work has always been some form of social commentary if I think about it. At the very least, artists – it’s that phrase – hold a mirror up to the world around them so that other people can see it. Social media and the internet have allowed us to do that in ways we never could before and I find it really exciting. Hopefully the campaign can make a difference.