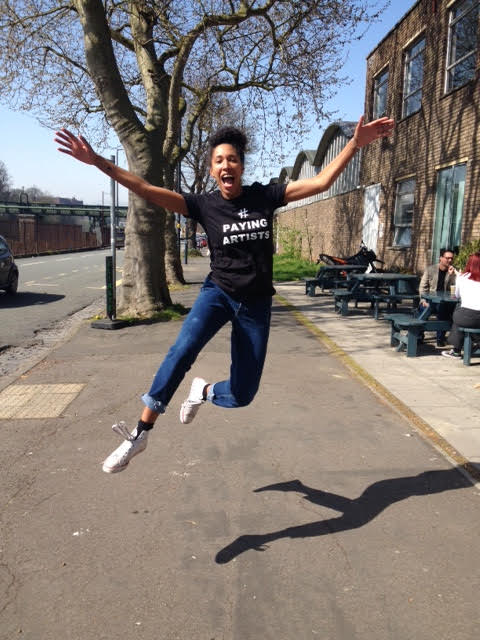 The eleven Paying Artists Regional Advocates have announced a series of events and actions leading up to and immediately following the election on 7 May. These will be taking place in five cities across the UK: Glasgow, Birmingham, Cardiff, Liverpool and Bristol.

The aim is to get the Paying Artists campaign message heard by those people who will be making decisions about how the arts are supported in the coming years, as well as ensuring that artists’ voices from the across the UK get represented within the campaign.

Glasgow
Advocates Janie Nicoll and Elizabeth Wewiora have announced  a discussion event at Glasgow Sculpture Studios on 2 May. Co-hosted with the Scottish Artists Union, it will be chaired by Jim Tough (executive director of the Saltire Society). Speakers include Kyla McDonald (artistic director of Glasgow Sculpture Studios), Sukaina Kubba (Glasgow School of Art) and Emma Flynn (SAU). Reservations can be made via Eventbrite.

Paying Artists will also have a presence at all 55 venues of the Glasgow Open House Festival, 2-4 May.

Birmingham
Look out for Paying Artists badges and opportunities to sign up to the campaign in Birmingham at Digbeth First Friday. Post-election, there will be an additional discussion event taking place at Eastside Projects on 19 May at 6.30pm. Self Service presents: Not paying artists is bad for you… Discuss is organised by Advocates Cheryl Jones and Ruth Claxton and will be an evening of quick-fire provocations and public discussion to explore what a fair pay policy for artists in Birmingham might be.

Cardiff
From the first week of May, posters embedding Paying Artists in a wider social context will be appearing around Cardiff. A collaboration between artists (and Paying Artists Regional Advocates) S Mark Gubb and Sean Edwards, the poster is the result of research and discussions the pair are undertaking. Edwards will also be discussing the campaign on PITCH radio show on 30 April at 10am.

Discussions with key Arts Council of Wales RFOs (revenue funded organisations) will be taking place over the coming weeks on how to improve transparency around the discussions of artist fees in Wales.

Liverpool
Advocates Hannah Bitowski, Flis Mitchell and Kevin Hunt will be taking a giant cake through the streets of the city to be awarded to a publicly-funded arts organisation in the city on 15 May as part of Light Night Liverpool. Follow the tag #followthecake on Twitter for updates.

Bristol
Following a successful Paying Artists discussion at Spike Island cafe on 23 April, advocates Libita Clayton and Ben Owen have adopted a sports theme for their activities. This includes a relay race around the city’s arts organisations on 4 May. Watch out for sports events with competitors wearing #PayingArtists t-shirts designed by Clayton and #PayingArtists badge wearer photos on Twitter. If you would like to participate please email [email protected]