Revisiting Walthamstow: "This is what you can do with art education – let's value it" - a-n The Artists Information Company 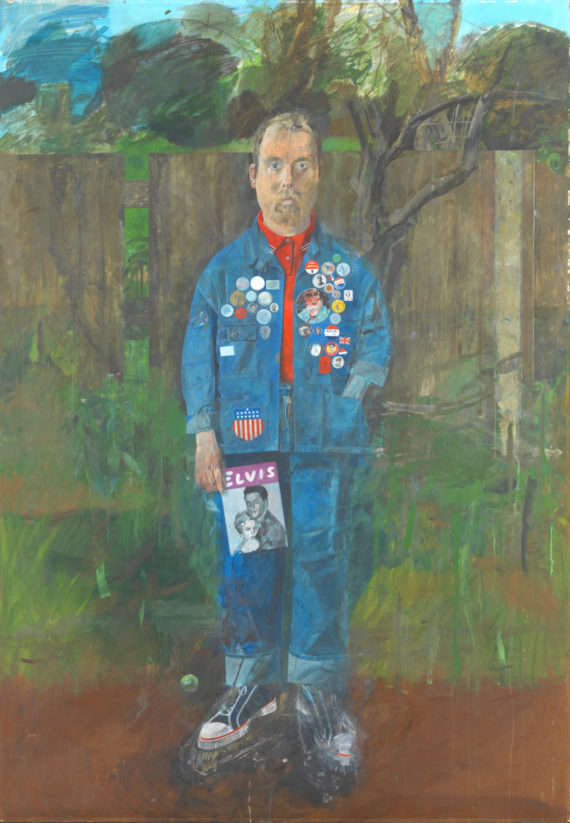 From 1957 to 1967 Walthamstow School of Art was a remarkable hub for creativity and innovation. As both students and teachers, many young artists – including Peter Blake, John Smith, Ian Dury and Peter Greenaway – took their formative steps there before pursuing successful careers across art, film, design and music.

“One of the interesting things about Walthamstow School of Art is its huge influence on popular culture, and music, and fashion,” says Create director Hadrian Garrard. “It also left really tangible traces in Walthamstow as an area. We’re interested in exploring these traces.”

Fifty years on, ‘Be Magnificent’ has much contemporary and national relevance. The story of the WSA and its alumni highlights the cultural significance of local art schools and evolving approaches to art education. It also demonstrates the crucial role of universal free education in enabling young people to realise their potential, as Rowan Bain, curator at the William Morris Gallery, explains:

“These people all went on to shape the creative landscape of the last 50 years in Britain but that was only possible because they had free education. Most of these students came from working-class families and were the first to go to art school let alone higher education.” 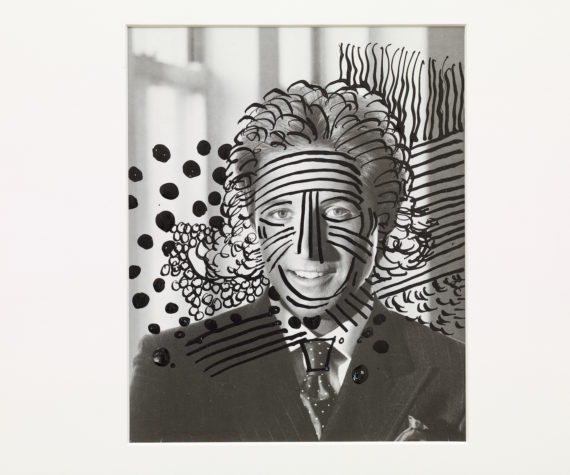 An ongoing and open dialogue and exchange between generations and disciplines was also a significant factor in the art school’s success, and this interaction runs through the ‘Be Magnificent’ project.

“I wanted to show the combination of really good skill versus the opportunity the students had to start reflecting their own world,” says Bain on the exhibition, ‘Be Magnificent: Walthamstow School of Art 1957-1967’, which showcases tutors’ and students’ work alongside memorabilia. “I think people felt that they were encouraged to do what they wanted to, but also work really hard.”

The show opens with a set of carefully observed landscape paintings by WSA tutors from the late 1950s and 1960s. These pieces reflect the technical emphasis promoted by the National Diploma in Drawing, the dominant art qualification at the time.

Recognising the limitations of this approach, and under the guidance of principal Stuart Ray, in the early 1960s the school deliberately brought in contemporary influences by seeking out young graduates as tutors, including Blake and Derek Boshier. As cutting-edge practices were absorbed into the college and mixed with the technical expertise, a culture of experimentation and innovation flourished. 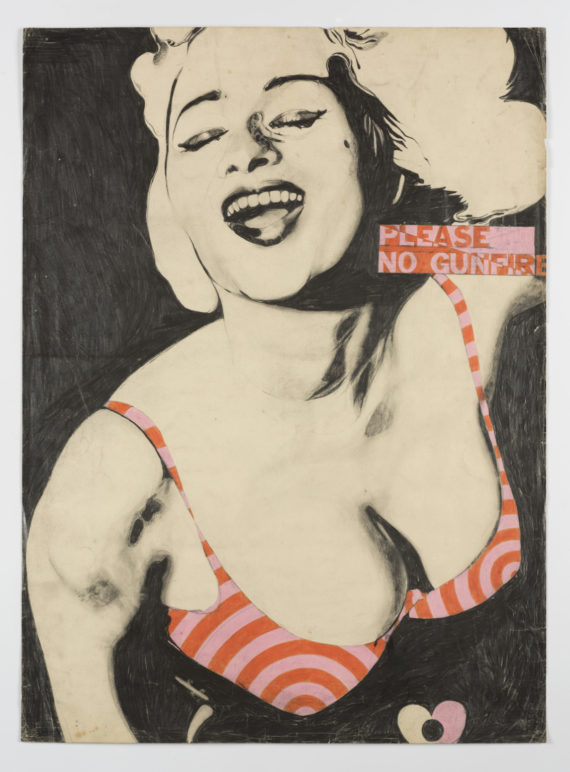 Moving through the show, colours become flatter, brighter and bolder, and abstraction creeps in. The clean, simple designs, characteristic of the 1960s, are present in Marion Foale and Sally Tuffin’s work. Students’ personalities and own interests are also visible, from Bill Jacklin’s sculptural piece, The Invitation Card – drawing on his father’s experience in the first world war – and Ian Dury’s paintings of pin-up girls.

“With the public programme, we’re trying to capture the spirit of the school, while also introducing some contemporary artists into the mix,” explains Garrard. “We wanted to keep it quite experimental, loose, experiential.”

The summer school pulls together a plethora of approaches to teaching and learning. “We’re particularly interested in this shift in 1964 away from learning practical skills into learning through a more conceptual, experimental perspective, and that kind of tension,” says Garrard. “We’ve challenged some of the contemporary artists we’re working with to think about the skill that they would introduce people to in three hours. What might a contemporary version of a practical skill look like?” 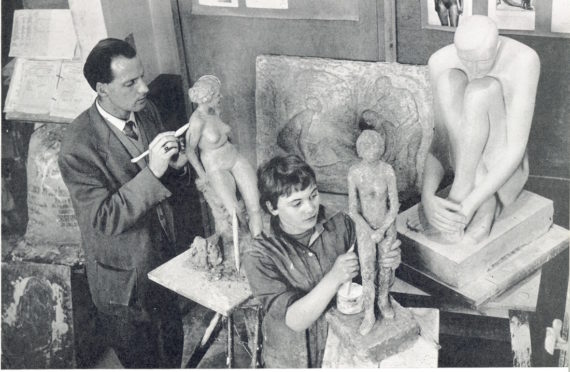 The artists’ interpretations have been diverse, encompassing the political to the practical. Following the results of the recent election, Rosalie Schweiker will use her workshop, How does this country work?, to explore what it means to be an artist and UK citizen.

Open School East, the experimental art school that recently relocated from east London to Margate, will stage a takeover of the William Morris Gallery on 9 July. Its current cohort of associates will lead lectures and making and performance-based activities that reinterpret the radical history of protest in the WSA and other art schools in the 1960s.

In revisiting and reimagining this golden age of art education ‘Be Magnificent’ provides stark contrasts to today’s art education context. “There’s a huge difference of opportunity for young people in Walthamstow now, and also in places like Margate and Stoke, places that had art schools that don’t exist anymore, and where education isn’t free anymore,” says Garrard.

“We’re not in a place where young people have any time and space to have a genuinely exploratory time in their education. It’s so much more transactional.” 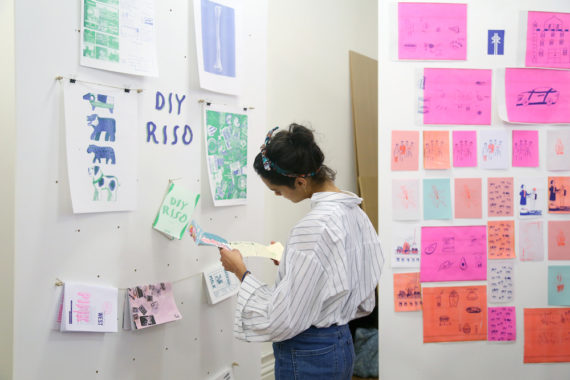 With the reduction in foundation courses and a shortage of local art schools, young people are expected to take bigger geographical and financial leaps to attend larger universities much earlier on than the WSA cohort had to. Coupled with tuition fees, pursuing a potentially precarious career in art and design can feel untenable. This is particularly true for those from less privileged backgrounds, as indicated by Panic!, Create’s ongoing research into social mobility in the arts.

Create and the William Morris Gallery share a strong commitment to engaging their local communities, and promoting wider access to the arts underpins the project. “The summer school is an opportunity for people of any age, and who won’t have to pay,” say Garrard. “We’re working hard to encourage young people from the local area to come and do something they wouldn’t normally do – and with some exciting artists.”

Bain, meanwhile, believes the warmth and spirit of the WSA provides a positive platform to champion the contribution of art schools. “We’re quite explicit about the fact that art education is under threat,” she says.

“We don’t want to brush this under the carpet; we want to advocate for more. ‘Be Magnificent’ takes a celebratory stance. It says, ‘This is what people can do with art education, isn’t it amazing, let’s value that’.”