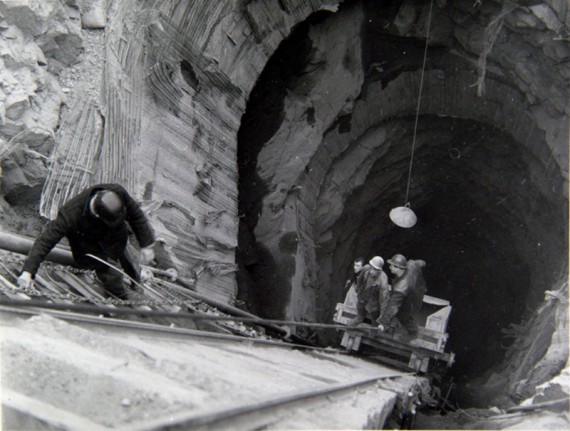 One kilometre deep inside a granite mountain on the shores of Loch Awe in the west of Scotland, the earth is shaking with a relentless series of explosions.

Against the dramatic backdrop of a dynamite-scarred, man-made cavern, artist Maria Fusco’s radio play, Master Rock, which will be broadcast this weekend on BBC Radio 4, tells the story of the “tunnel tigers”, the men who lived and died in this hollow mountain to build the Cruachan power station, which opened 50 years ago this week.

Fusco was inspired by the story of man versus rock. “Being able to match yourself against something so huge and win, because they achieved what they set out to do, I found that story very compelling,” she says. “It was the hugeness of the mountain, but also the fact that you could use a human hand to cut it out.”

The station, now owned by Scottish Power, works like an enormous rechargeable battery to meet surges in demand for the National Grid. Its reversible turbines use cheap electricity during the night to pump water from Loch Awe at the foot of the mountain to its upper reservoir, in readiness for charging the turbines the following day.

But if the vision and the technology that drove Cruachan were pioneering, the labour that carved it out was punishing. At the peak of construction around 4000 people worked on the project. 36 men died in the construction of the power station and dam, including 12 when the roof of the turbine hall collapsed.

Many of the tunnel tigers, explosives and drilling experts – who worked before the era of health and safety – suffered chronic health problems such as emphysema as a result of spending their working lives in damp and dusty conditions underground.

John Mulholland, aged 73, from Kincasslagh in County Donegal, worked at Cruachan for two years. He joined the drilling team, at the age of 22, in 1963. “I worked on the shaft, drilling vertically,” he recalls. “It was very, very hard. You had to hold the machine above your head. All the machines would be going, and there would be stones falling down. When you finished the work there would be water on the machines and the shaft was ankle deep in water.”

Mulholland was one of a small yet highly-skilled group from Donegal in Ireland who worked on such projects. At Cruachan they lived in a temporary camp, worked in harsh conditions and risked life and limb. They received additional ‘danger money’ over and above their fellow labourers. Mulholland’s three brothers died from lung disease associated with their trade.

For Fusco, the story of Cruachan, “vertical in the making, horizontal in the telling”, could only be told from the turbine floor in itself.

“A normal person might do it in the studio where they can have a lot of control over it,” she says. “But for me it needed to be performed live. The performers grew: their voices lifted when they came into the space. They have to work together, in the sense of labour.”

The play, which is now fully booked, is read live to audiences who must be driven into the mountain through a kilometre-long access tunnel.

Master Rock tells the story through three voices. There is Mulholland himself, a powerful and moving performance by the Belfast actor Lalor Roddy whose credits include Game of Thrones. Poet Denise Riley, a professor at the University of East Anglia, gives voice to Elizabeth Falconer, an amateur artist whose vast mural for the turbine hall is one of the hidden treasures of the mountain.

Fusco worked with commissioning agency Artangel, one of the few arts organisations in the UK who might be undaunted at the prospect of recording live in a working power station, inside a mountain in a relatively remote part of Argyll. 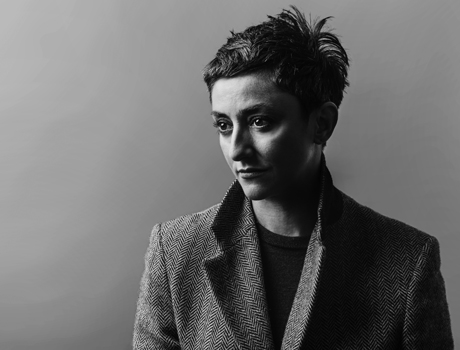 For Artangel’s James Lingwood, that sense of place is vital. “Cruachan is a huge ready-made geological studio, with its own particular acoustics and dynamics, which make it a live instrument. The way that we work, place is an active, meaningful material in the work, rather than a proscenium.”

Belfast-born writer Fusco first visited Cruachan as a tourist five years ago when on a residency at Cove Park, Argyll. She is now a Chancellor’s Fellow at Edinburgh College of Art.

The commission was the result of an Artangel open call with BBC Radio 4. “However hard you look and however many people you talk to there are incredible artists out there with extraordinary ideas and we wouldn’t necessarily know how to find each other,” says Lingwood.

“So the open call is an incredibly important part of what we do. Over the years some really notable projects have come about this way, such as Jeremy Deller’s Battle of Orgreave, Roger Hiorn’s Seizure and Clio Barnard’s The Arbour.”

At the heart of Fusco’s radio play is the question of the unseen. Cruachan is all but invisible to the external eye but the mountain conceals a turbine hall the size of a football pitch and a 19km network of tunnels and pipes.

Fusco’s play asks, “Is it possible to shape that which you haven’t seen?” a reference to the onerous task facing the tunnel tigers. But it is also a question that the artist asks of the writing and the recreation of history itself.

Maria Fusco: Master Rock, recorded live inside Ben Cruachan, will be broadcast on BBC Radio 4 on Saturday October 17 at 10.15pm and repeated on Monday October 19 at 2.15pm. It will then be on the BBC iPlayer.

A Master Rock book, co-published by Book Works and Artangel, is available to buy via the Book Works site