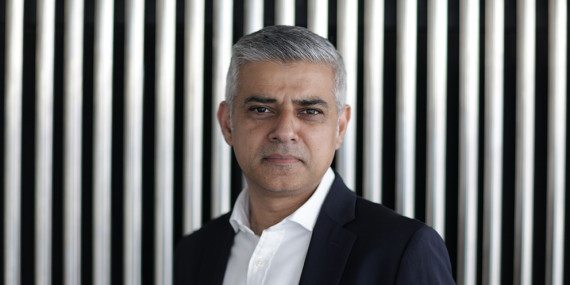 The Mayor of London Sadiq Khan has vowed to make London an affordable city for artists to live and work by embedding culture in the city’s planning system.

Khan said: “Culture will be at the heart of my administration in a way no world city has ever seen before. It is a core priority right up there with housing, the environment and transport.

We are creating London’s first cultural infrastructure plan so we can make sure culture is integral to the city’s development and future – just as we have planned for the future of transport and housing we must also plan for culture. For too long culture has been a nice-to-have. We’ve got to change that.”

Khan added that the plan was about realising the potential of people as well as places. “It’s not just about bricks and mortar, as wonderful as our surroundings are today. To be a world city, London needs to support creative places and creative Londoners too. I want to make sure everyone can realise their potential.”

Khan’s comments follow his recent speech at a City Hall Creative Reception in May where he outlined his Culture Strategy for London. Amongst his numerous announcements was a new annual London Borough of Culture Competition, the protection of grassroots music venues and adopting the Agent of Change principle to protect London’s nightlife.

There will also be the appointment of a Night Czar to be the champion for London’s night-time economy, plus an ambitious public art project spanning 17 of London’s most celebrated bridges, from Albert Bridge in Chelsea to Tower Bridge in the City.