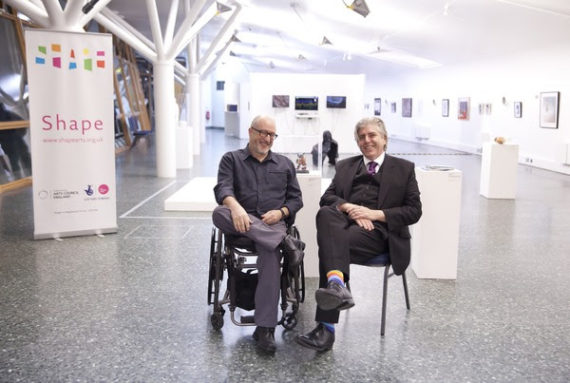 Shape Arts, the disability-led arts organisation, has appointed the creative director and filmmaker David Hevey as its new chief executive. He succeeds Tony Heaton OBE who announced last November that he was stepping down to pursue his own art and consultancy work.

Hevey, currently project director of the National Disability Arts Collection and Archive, will start his new role from 3 April 2017.

He said: “I am delighted and honoured to take up the post as CEO of Shape Arts. This important role will allow me to lead an incredibly successful arts organisation into its robust future.”

Heaton, meanwhile, will continue his involvement with Shape by becoming the new chair of the organisation’s board of trustees, succeeding Pauline Tambling CBE who steps down after nine years’ service. Tambling will also continue to work with Shape, heading up the Friends of Shape initiative.

Commenting on the changes, Heaton said: “Leading Shape for almost a decade now has been the most enjoyable and satisfying of roles and I know David will take on the responsibility with the enthusiasm and professionalism he has brought to NDACA.

“I look forward to working closely with him to continue developing Shape as a respected and pioneering disability-led arts organisation, both in the UK and internationally.”