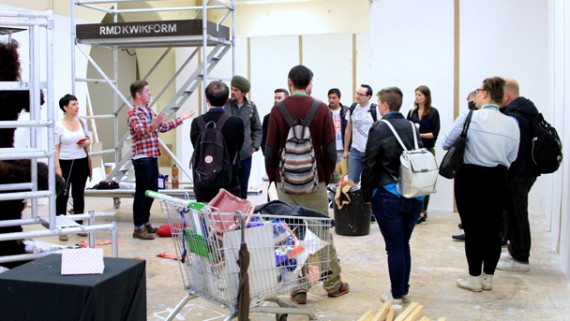 Spacex has chosen Trevor Pitt as its first crowdfunded artist in residence. Pitt, a socially-engaged practitioner from Birmingham, will spend six weeks in Exeter from 1 October, working with audiences and local community groups to explore the change that the gallery is currently experiencing.

Following the loss of its Arts Council England National Portfolio Organisation status last year, Spacex has seen rallying support from its wider community. In May and June this year, a crowdfunding campaign received backing from 264 people, raising £10,077 towards two socially-engaged residencies to take place in 2015 and 2016. Trevor Pitt was appointed  following an open call that received over 160 applications.

Pitt will use his time in Exeter to develop a dialogue between Spacex and its audiences. In particular, he will consider the role that the 41-year-old organisation plays within the city.

Pitt has a background in art and audience development. In 2007 he set up Pod Projects, an umbrella organisation for his wide-ranging artistic and socially-engaged practice. “Collaborating is central to my practice. I like the way it allows things to be permeable and creates an ‘in’ to contemporary art and vice versa,” he says.

“We wanted to find an artist who would make best use of the opportunity to explore the local area and collaborate with people and organisations,” says Spacex project manager Kathy Norris. “Trevor really impressed us with the breadth of his experience and the many different forms his practice takes, from organising events, to performance, craft, and working with people.”