Spending Review 2015: Good news for the arts needs to be treated with caution - a-n The Artists Information Company 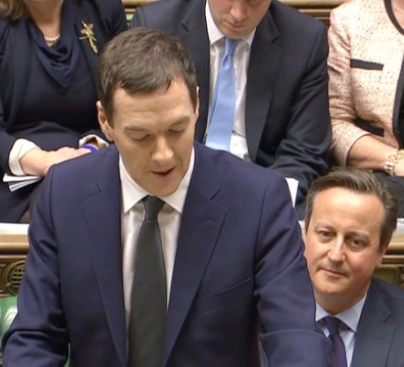 I was in Westminster on Monday, celebrating the 10th anniversary of Seven Stories, the National Centre for Children’s Books, where I am vice chair of trustees. Sir Peter Bazelgette asked the assembled MPs, Lords writers, illustrators and publishers to use their influence, even then, to remind the chancellor of the worth of arts funding. He certainly did not give the impression future funding was sorted and safe.

Maybe he knew, maybe not – often the small sums get altered in the late stage of budgeting. Perhaps he was simply in the habit, as the results of the spending review suggest that the chair of Arts Council England has been on the campaign trail a lot.

In terms of DCMS expenditure, arts, museums and galleries funding will be protected, despite a 20% cut to DCMS. What’s more there were warm and quotable words from the Chancellor about arts, culture and creative industries:  “One of the best investments we can make as a nation is in our extraordinary arts, museums, heritage, media and sport… deep cuts in the small budget of the Department of Culture, Media and Sport are a false economy.”

This needs to be treated with caution, looking the horse very carefully in the mouth. Nevertheless, it is far better than the poke in the eye Osborne gave many people. (Arts folk might pause and wonder why, as well as be a little glad.  Are arts, culture and creative industries the same sort of  “mainstream representatives of the working people of Britain” as he claims to be?)

The arguments have been made well, in the right ears at the right time, in a coherent fashion by Arts Council, What’s Next and others. Osborne’s words echo exactly the arguments made. Perhaps culture secretary John Whittingdale’s slight ‘bruiser’ tendencies ended up a good adjunct to minister Ed Vaizey’s bullish enthusiasm, and his Select Committee Report on Arts Council England useful.

One can believe or not Osborne’s 1:250 ratio about return on investment, and accept or not that one must emphasis economic return. But this settlement is helpful to many organisations. ACE’s national portfolio organisations and major partner museums whose funding agreements were effectively written in light pencil can budget more confidently now. This is no small thing. ACE can also continue to work on its priority areas. The devil will be in the detail and the execution, but the sector can crack on with its work while meeting many other challenges.

There are, though, a few more difficult aspects to the spending review that affect the arts. The key one is the dire local authority situation. There is a 24% reduction in local government grant funding. It is likely that authorities, particularly in deprived areas, will become even more stretched. When local authority funds disappear, protected cultural funding will not help those who have never received it. This may have drastic consequences in the independent cultural sector.

The potential impact of changes in education such as the total removal of schools from local authority influence is worrying. Policies are likely to damage cultural education and reduce opportunities available to young people.

Changes to student loan repayments and other elements of student support will deter some young people from considering HE/FE routes into the arts. On graduation, policies to reduce welfare, such as capping housing benefit, may make it more difficult to become established as professionals. As has been discussed elsewhere, the introduction of Universal Credit may affect artists negatively, given many are self-employed and low-paid. These may make the sector even more exclusive and unequal.

Other investments announced in the spending review included money for Northern Powerhouse developments and a Dance Hub for Birmingham. It is unclear whether this is part of the ACE settlement. If it is, the budget for the current portfolio will be even more squeezed and the future challenges greater.

Arts Council staff will be breathing a well-deserved sigh of relief, whilst wondering if any nasty surprises await. They and the rest of the sector may also be wondering if the cash can make up for the impact of other parts of George Osborne’s announcements when it comes to the arts and culture beyond those national portfolio organisations and major partner museums.

Spending Review 2015: cuts to DCMS but ACE budget to increase – Jack Hutchinson and Chris Sharratt report on the chancellor’s announcement, with response from Arts Council England

What should Arts Council England do next? – Three Johns and Shelagh argue that the system is flawed and that it’s time to rethink both what ACE is and what it is for