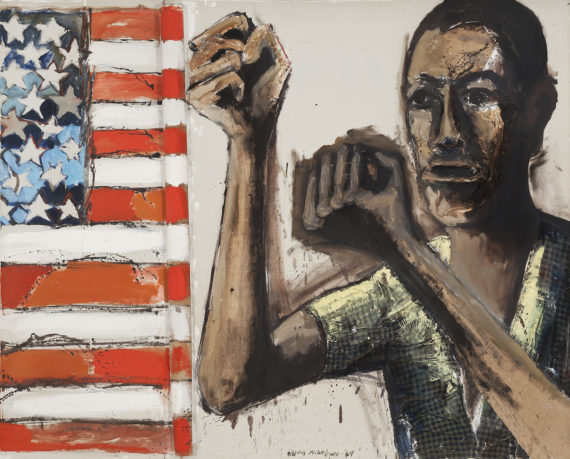 This is a gut-punch of an exhibition. It’s also a delicious and provocative slow burn. ‘Soul of a Nation: Art in the Age of Black Power’ covers two decades of an essential period of black empowerment in American civil rights history. And while you may want to see it for that alone, hardly counting on one finger the actual artists you may have heard of, this is a survey that is likely to leave a deep impression of the artists who have, too often and for too long, occupied the narrowest of cultural spaces, and fought for every inch of it.

So perhaps it will be with a certain glee that you’ll note the two token white artists smuggled in amongst them, or simply wonder, as I did, how an earth they’ve sharp-elbowed their way into an exhibition of African-American artists predominantly active within the Black Arts Movement.

Andy Warhol and Alice Neel have one work each in a gallery titled ‘Black Heroes’, Warhol with a silkscreen of Mohammad Ali, the print overpainted with the colours of pan-African nationalism; Neel with a portrait of the artist Faith Ringgold. Ringgold’s mural-sized canvas, American People Series #20: Die, 1967, features elsewhere in the exhibition, where her graphic, comic book style belies the bloody carnage depicted – a snapshot of an America whose cities are traumatised by race riots. 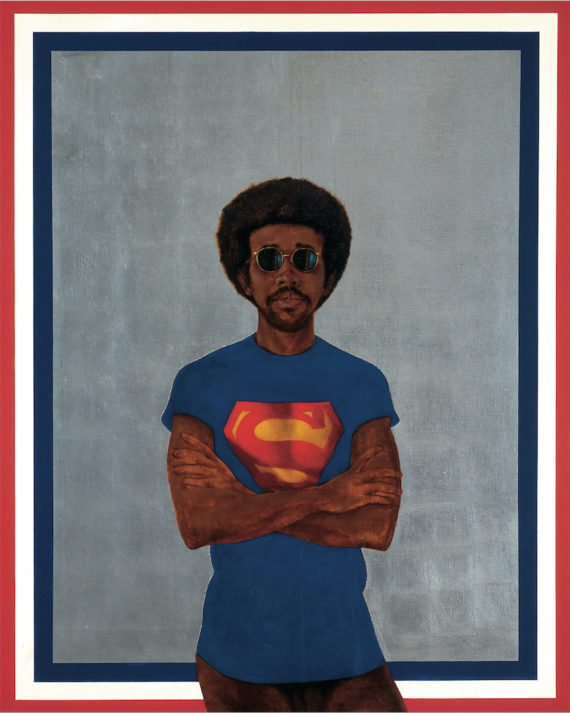 ‘Black Heroes’ focuses on the black artist as subject, hence the two ‘interlopers’, and it also features two irony-laden self-portraits by Barkley L. Hendricks. In one, his afro and shades are deployed to exude super-coolness in his Superman T-shirt as he stands like a readymade icon against an aluminium leaf backdrop; in the second, a kind of semi-nude swagger portrait called Brilliantly Endowed, 1977, he makes sly reference to the critic who reported that he was ‘brilliantly endowed’ as a painter. Clearly, Hendricks is also playing on the age-old threat felt by the white man of the black man’s sexual power.

The exhibition begins in 1963, the year of the March on Washington and Martin Luther King’s ‘I have a dream’ speech. The same year, in New York, an African-American art collective calling itself Spiral formed with 15 members. One of the questions that preoccupied the group concerned a black aesthetic. What should a black art look like? Certainly many African-American artists felt that only figurative art could respond to the urgency of the troubled political climate. Abstraction was seen by many as a kind of white indulgence. 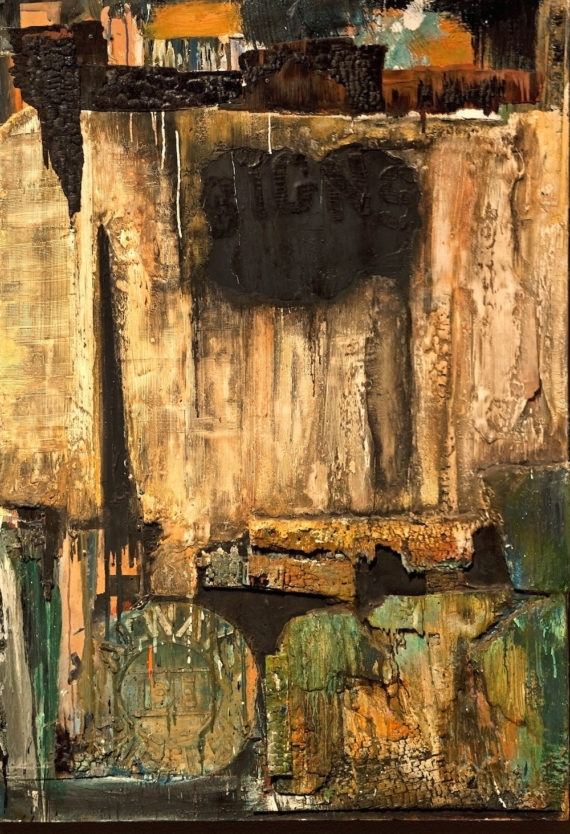 Norman Lewis, a member of the group, had already partly resolved this by marrying abstract expressionism using only black and white pigment – the group had proclaimed they’d only show work in black and white – to allusive figuration. An earlier painting by him, called America the Beautiful, 1960, can be initially read as an abstract image, until we notice crosses and triangular peaks and construe flames: haunting this black landscape are processions of Ku Klux Klansmen. 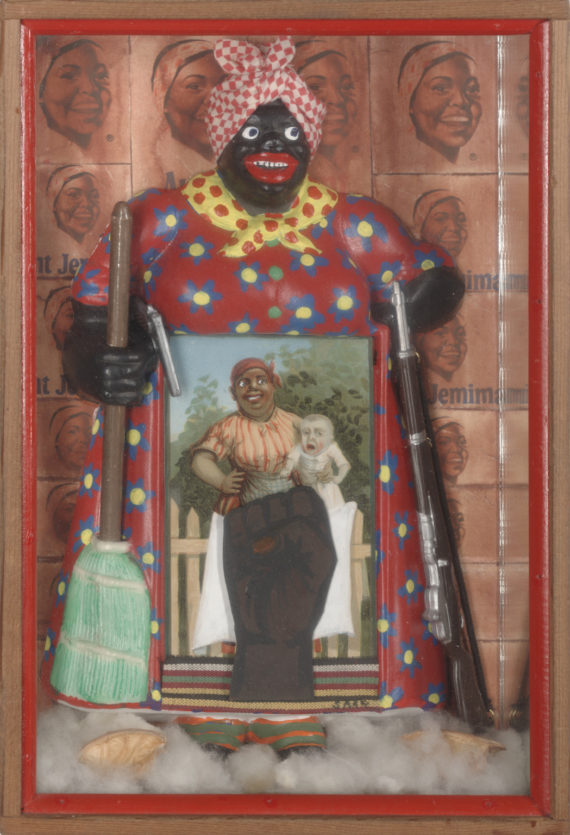 The way Spiral self-organised and set up artist-run spaces was to prove influential to a younger generation of black artists, and the exhibition traces centres of activity in New York, Chicago and Los Angeles. Through the work it also traces the arc of the civil rights movement, from the non-violence of King to the radicalism and separatism of X and the Black Power message of Stokely Carmichael, with its potent clenched fist. It shows how the Black Panthers distributed poster art to spread their revolutionary message, and how the authorities responded.

Dana C. Chandler’s Fred Hampton’s Door 2, 1975, is a door painted pan-African red and green. It’s riddled with bullets and carries a sticker, ‘U.S Approved’. Chicago police murdered Hampton, the 21-year-old Black Panther leader, during a raid of his apartment, acting on the intelligence of a Black Panther member and FBI informant. Hampton was shot in the head while he slept.

The historical arc is fascinating, and many of the artists will be a revelation to UK audiences. Particularly powerful are David Hammons’ extraordinary body prints and his gloriously inventive abstract reliefs made from materials such as grocery bags; Betye Saar’s exquisitely crafted assemblages featuring racially demeaned black characters in popular American culture; and Roy DeCarava’s stunning photographic portraits, which eschew the pin-sharp image for a smoky tonality.

The product of fractured and polarised times, these are works that form part of a wider struggle. Never has an exhibition felt more timely. 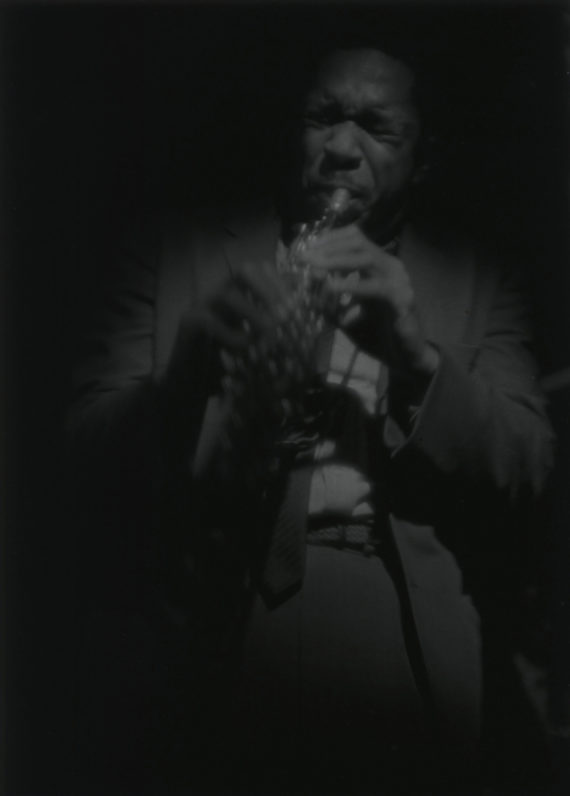 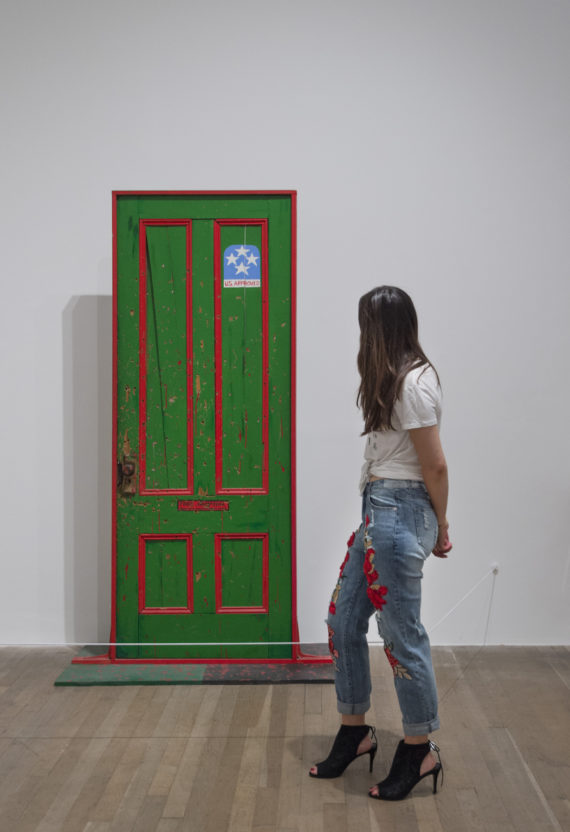