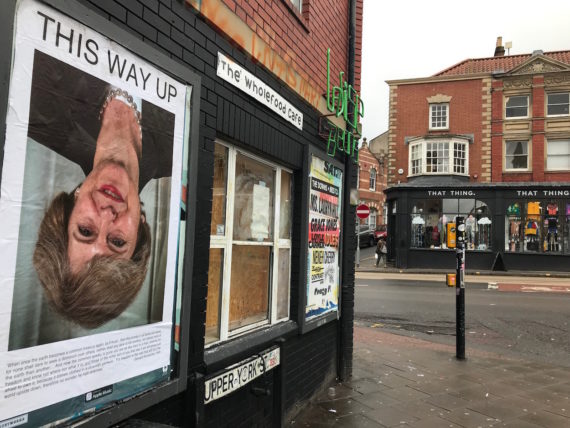 Mark Wallinger launches no-Brexit poster campaign The Turner Prize-winning British artist’s posters, some of which are as big as 10ft high, are being installed on various sites in London, Bristol, Manchester and Glasgow. They feature an image of prime minister Theresa May, accompanied by the words of Gerrard Winstanley who was the radical leader and founder of the True Levellers, formed during the English Civil War.

The posters have been printed, distributed and fly posted by the company Flying Leaps and are being displayed as the UK prepares to leave the European Union on 29 March. They are the latest in an ongoing series of artists’ posters produced by Flying Leaps. Other artists who have created works include Jeremy Deller, Mark Titchner and Magda Archer. 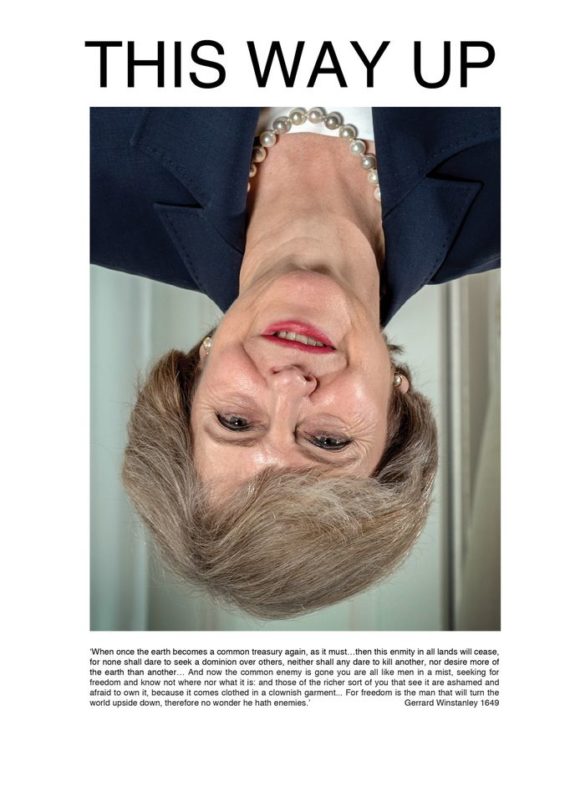 This month also sees the unveiling on 26 March of a new sculpture by Wallinger, The World Turned Upside Down, which was commissioned by the London School of Economics in association with the Contemporary Art Society.

Italy performs u-turn and agrees to lend France its Leonardos for major exhibition The country’s rightwing government had initially refused France’s request because it believed the Louvre exhibition would “put Italy on the margins of a major cultural event”. However, after months of tension between the culture ministries of Italy and France, the exhibition honouring the 500th anniversary of Leonardo da Vinci’s death will continue as planned.

The disagreement began last November when Lucia Borgonzoni, undersecretary for the Italian culture minister Alberto Bonsioli, criticised the French museum’s plan to bring together the Milanese artist’s 17 known paintings in a single show. She described the agreement as “unbelievable” because “Leonardo is Italian. He only died in France”.

Nevertheless, on 28 February, cultural ministers from both countries met to discuss the prospect of continuing the Louvre loan. According to the Financial Times, Bonisoli said after the meeting: “We are very happy that France should celebrate the greatness of Leonardo — an Italian genius also appreciated by [France’s] King Francis I at whose court the artist, originally from Vinci, spent the last years of his life.”

Artist accuses Tehran Museum of Contemporary Art of selling off works without his permission Rokni Haerizadeh, who is part of an artist collective in Dubai, has accused TMoCA of buying one of his paintings at a reduced rate and then selling it on at a premium. He is one of a number of artists who claim their work has gone ‘missing’ and may have ended up on the market without their knowledge.

Sami Azar, who was the director of TMoCA from 1997 to 2004, is now head of Tehran Auction where Haerizadeh’s work was sold. He commented: “The institute bought these works under the instructions of the director [myself] because we wanted to support those artists. But after five or six years, the institute decided to sell a number of works; I can understand, though, why the artists are angry.”

As the Art Newspaper reports, Haerizadeh is trying to establish a paper trail for the work by sourcing documentation relating to the Tehran sale. The artist’s spokesman said: “We don’t know if the piece has gone through several hands or if it has been with one [entity] throughout this time.” 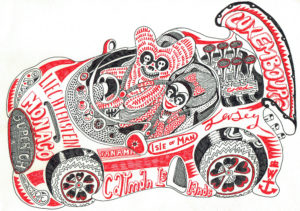 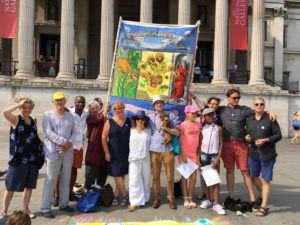 Employment tribunal rules that National Gallery educators were not freelancers