Walking art and women: “It's infuriating to be invisible" - a-n The Artists Information Company 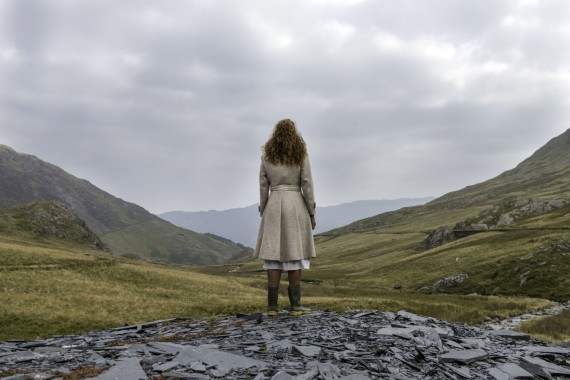 Walking Women is a programme of journeys, talks and films by women who use walking in their practice. It takes place in London as part of Utopia 2016 for one week this July and in Edinburgh for one day in August.

Conceived and curated by artists Amy Sharrocks and Clare Qualmann, the project has personal and political significance – it aims to address the absence of female artists within the canon of ‘walking art’.

“For a long time I had felt this sense of omission. To forget about women is one thing, but to delete them from the narrative is quite another, and that requires action on our part,” says Sharrocks. 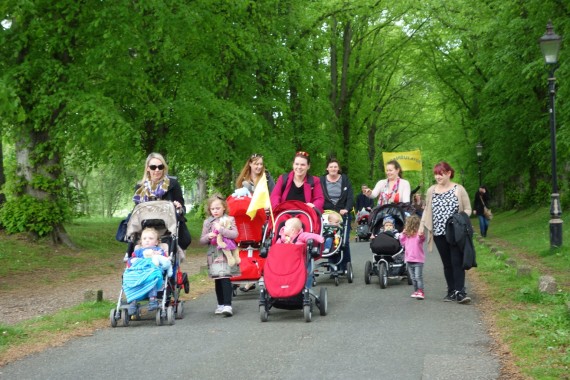 A turning point for Sharrocks occurred when she attended a talk by Iain Sinclair and Will Self at the V&A last year, which presented a history of walking art. There was no mention of female practitioners.

“I asked Iain about it and he said that there weren’t any women doing this kind of work,” says Sharrocks, whose indignation is palpable. “Established male artists and curators have a responsibility from their positions of power to do better research, as do we all.”

Qualmann, one of the co-founders of the Walking Artists Network in 2008, is well placed to stake a claim on the history of walking art. Sharing Sharrock’s concerns, she recalls how within the space of attending three conferences on walking in art practice, she experienced keynote speakers stating that they didn’t know why women didn’t make this kind of work.

“It’s infuriating to be invisible even as you are scheduled into the same programme to talk about your work,” she says. 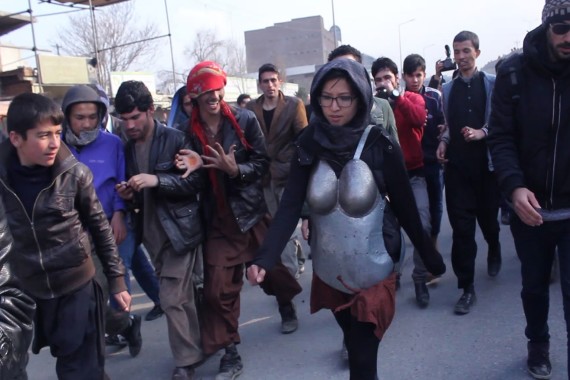 From just over 100 submissions, over 50 artists will be presenting their work in either London or Edinburgh. Sharrocks and Qualmann are quite clear that the Walking Women programme must be open to the range of ways that walking art might be defined.

Included are artists who see walking as their medium and also those whose work is derived from the traces, maps or ephemera resulting from their journeys. Walking can also, Qualmann says, be a way of thinking through ideas that will become artworks in a different form.

The curators wanted to include as many voices as they possibly could and, alongside a number of walking artworks, there are pecha kucha-style open mic events. “The last thing we want to do is to make assertions about the kind of walking art genre that women artists might make,” says Qualmann. “We want to say: look at the diversity and depth that women are making.” 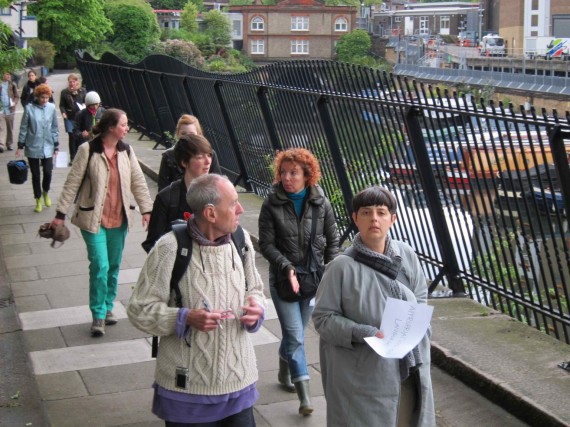 To this end, the programme represents an expanded exploration of walking art. From Claire Collison’s An intimate tour of breasts, that considers the journey around the female body and her experience of breast cancer, to a participatory walk discussing ideas of utopia from the Walking Reading Group.

In particular, the two curators are pleased that they can be showing the work of Yasmeen Sabri, who, along with her work in the RCA graduate show, was recently the target of xenophobic abuse for her piece exploring the view from behind the veil.

A special screening of the work of Afghan artist Kubra Khademi, now in exile in France as a result of her public performances highlighting the sexual harassment of women, is a reminder of the fragility of women’s rights globally.

“The Utopia 2016 curators Gareth Evans and Ruth Potts jumped to help support our idea in any way they could,” says Qualmann, who sees the utopian in the desire for a future where all artists voices are heard and where women have equality of movement, opportunity and recognition.

Adds Sharrocks: “We’re all aware of the lack of representation of women in many areas of life. The token women on the banknotes, the all-male panels. This paucity of representation then enables further omission.

“It wasn’t good enough. We had to change that sense of what this reality is. There are extraordinary women doing extraordinary things, so we hope that projects like Walking Women might change things for the future.”