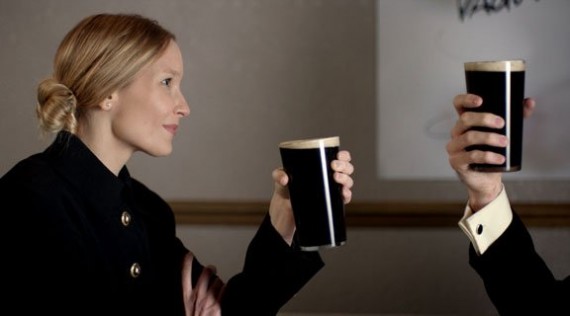 Whitstable Biennale has announced Louisa Martin and Rachel Reupke as winners of its 2014 Open Submission Award. Each artist receives £1,000 to create a new work for the biennale’s seventh edition, which takes place in the small north Kent fishing town from 31 May to 15 June. The award also includes developmental support from Whitstable Biennale curators Kate Phillimore and Emma Leach.

Martin’s commission will investigate the ‘performance of identity’ and look at ideas around intimate, but non-physical, human contact, exploring the wider ramifications of using digital imagery to both construct and conceal identity. Reupke, who usually works with film and employs the language of advertising, will present a live performance to an audience for her commissioned work.

Speaking about the selection, Phillimore said: “I love the fact that both the winners will be using the opportunity to experiment with new ways of making work and pushing boundaries. Rachel Reupke is a filmmaker but will be presenting live performance work for the first time in her career and Louisa Martin will be breaking new ground by collaborating with a dancer, set designer, and director of photography to create a dynamic, multi-layered five-part film.”

Whitstable Biennale received over 230 submissions for the award, including artists from Austria, Germany, Spain, Poland, Japan, India and the USA.

Whitstable Biennale Director Sue Jones added: “Artists, probably more than any other group of people, have the most outrageously exciting ideas and it is a real privilege to be able to realise some of them. I’m very much looking forward to working with Louisa Martin and Rachel Reupke over the coming months.”

Whitstable Biennale: Small for a reason – Pippa Koszerek talks to Director Sue Jones during the 2012 edition