Women and contemporary art: why gender inequality is still an issue - a-n The Artists Information Company 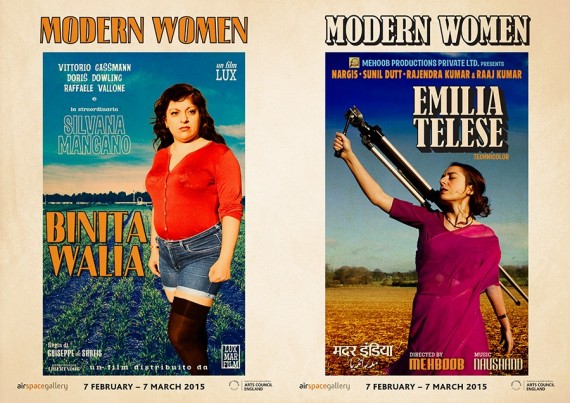 Why are so many women in the arts still scared of the ‘f’ word – by which, of course, I mean feminism? It’s one of the many questions being addressed by curators Lucy Day and Eliza Gluckman (Day + Gluckman) in their A Woman’s Place project, and it was refreshing to hear them stand up in their January research symposium and declare, proudly and loudly: “We are feminists”.

Sadly, nowadays it seems more usual to hear or read a variation of: “I’m not a feminist but…” The artist Binita Walia has a succinct response to this: “What? So you don’t believe in gender equality?”

This is, after all, what we’re talking about – equality, even if that means equality within a patriarchal society. And gender inequality still seems to be rife within contemporary art. The majority of arts organisers have long been women, although not in the top jobs – ACE is still to appoint a female chief executive, despite having had several very capable women in senior positions.

There is evidence that this is slowly changing, but as Dr Helen Eastman asked at the A Woman’s Place event, does this mean “more women making art and encouraging women artists, or does it mean more women supporting through fundraising, marketing and organising, the production of men’s art?”

While female fine-art graduates outnumber male, only six women have won the Turner Prize in 30 years (four in the last ten), with male nominees vastly outnumbering female. A 2013 survey by the East London Fawcett (a branch of the Fawcett Society) found that: “Of 134 commercial galleries in London, which collectively represent 3163 artists, only 31% of the represented artists are women. Analysis of the 100 highest grossing auction performances of 2012 revealed there were no women on the list.”

What can we conclude from this? That there are fewer women artists whose work is commercially saleable? (And saleable to whom? The many female super-wealthy art collectors? The world’s many female Head of Collections at top-level institutions?) Or that the work of women artists is not as deserving of representation as male artists? (And who is doing the judging and on what criteria?)

There is a structural issue here that can immediately be seen to impact on women artists’ visibility and their earning power at the elite end of the commercial art world.

There may be several factors that lead to women artists being less visible, but is one solution to showcase more women on their own terms via women-only exhibitions? There are mixed views about this. Does it further marginalise women artists as unable to cut it in the mainstream; or as different from male artists and requiring special treatment?

It’s an approach taken on a fairly large scale by Arts Council England with its decibel project (2003–2011) for black and ethnic minority artists. By providing a showcase for artists and ensuring that national and international bookers, programmers, curators and artistic directors attended, it became “one of ACE’s greatest success stories” according to some commentators.

Can context, content and sheer quality of the art make a difference? Walia and fellow artist Emilia Telese are tonight opening a show called Modern Women at Airspace Gallery in Stoke. Their works will explore some of the challenges and issues faced by women from different cultural backgrounds in Asia and the Mediterranean, including stereotypes and rigid gender roles.

Modern Women is a ‘women only’ exhibition but it is a thematically-driven show in an artist-led space. Surely the art and the importance of the issues will transcend any tendency towards a narrow interpretation?

Day + Gluckman’s A Woman’s Place project “is inspired by an urgent desire to relocate the simple message of female equality into the cultural fabric of today.” At the January event, panellist Emily Druiff, director of Peckham Platform, summarised the situation: “There’s a real need to showcase women’s work but not as women’s work – it needs to be shown in the common ground with men.”

In both public and private sectors, this has to be one way forward – more significant opportunities and programming of women artists by all curators and gallerists as part of their day job. That is, women programmed as esteemed artists with an expected place in the developing canon.

But in 2015, we really shouldn’t need to reiterate such an obvious principle. The sad fact is, with gender inequality still so prevalent in the contemporary art world, we may need to keep doing so for some time to come.

Modern Women is at Airspace Gallery, Stoke, until 7 March, 2015. www.airspacegallery.org

Gillian Nicol, a-n’s Head of Programmes, will be talking about gender equality in the visual arts at Airspace Gallery on 21 February, 2015, 12-2pm. More information here.

More information on the A Woman’s Place project at www.dayandgluckman.co.uk