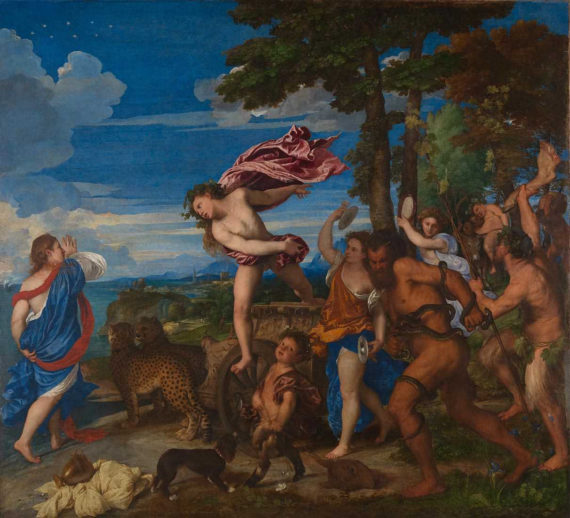 Write on Art prize returns for second edition Collaboration between Art UK and The Paul Mellon Centre aims to ‘encourage an interest in art and art history among young people at school and university’. It features two categories: School Years 10 and 11 (15–16-year olds) and School Years 12 and 13 (17–18-year olds). £500 will be awarded to the winning entry in each category, with £200 for the second-placed submission and three prizes of £100 will be given to the runners-up.

The winning essay in each category will be featured on the Art UK and Paul Mellon Centre websites.

Applicants must choose one artwork from the Art UK website, and then write about it in a way that would persuade people to share their interest and enthusiasm. They then need to nominate a responsible adult (teacher, care worker, youth worker, counsellor, parent, or carer) to verify that the essay was written by the applicant.

Nassar said: “We live in a society where we rely more and more on visual communication to make sense of the world but are operating in an education system that is squeezing the space for art, art history and the humanities in general. Write on Art reminds us of the importance of equipping young people with the tools to make sense of the world and to share their interpretations with others. That is a necessary first step for imagining more hopeful futures.”

Last year’s winners included Catherine Jamieson from Surrey who took first place in the Years 12/13 category for her text on Bacchus and Ariadne by Titian at the National Gallery, London. Top in the Years 10/11 group was Abhimanyu Gowda from Warwickshire who wrote about British Empire Panel (11) India by Frank Brangwyn at Brangwyn Hall, Swansea.

Brazil’s new president Jair Bolsonaro may thwart efforts to rebuild Rio museum destroyed in fire Earlier this year the far right president pushed for the dissolution of the ministry of culture as part of a larger plan to cut down government agencies. In addition, a few days after the museum destroyed the museum, Bolsonaro said: “It caught fire already. What do you want me to do?”

Unesco has estimated that it will take around a decade to restore the museum and its collection. Although Brazil’s Ministry of Education has set aside 15m reals (£2.9m) to start work on the building, the results of the presidential election, in which Bolsonaro got 55% of the vote, could affect future government funding.

As the Art Newspaper reports, earlier this month the museum’s director, Alexander Kellner, wrote an open letter to the national congress and presidential candidates asking for them to commit to the reconstruction efforts.

He said that although the museum had received “hundreds of demonstrations of support and offers to donate rare materials to reassemble the collection, however our country has to be deserving of this new collection.”

Following the fire a number of international institutions pledged their support, including the Smithsonian Institution in Washington, DC, the Royal British Columbia Museum, and the German, Italian, French, Swiss, Spanish, Argentine, Chinese, Portuguese and US embassies.

However, Cristina Menegazzi, the Unesco officer in charge of the project, said: “Now they have to define the kind of support they will give, whether that’s in the form of technical help or loans and donations toward the reconstruction of the collection.”

Japanese artists Yayoi Kusama and Takashi Murakami consider legal action after exhibitions feature fake versions of their work The artists say they were unaware that the shows were being organised, and that they were in violation of intellectual property laws. The individuals responsible for the fraudulent shows are yet to be identified, although they believe a Chinese company proposed the exhibitions to the venues.

As the Japan Times reports, six such exhibitions have taken place across China since April of this year, including in Guangzhou, Changsha, and Shanghai. Some were ticketed, with visitors in Shanghai paying around $10 each to enter. The individuals responsible for the fraudulent shows are yet to be identified.

Fab Lab Irbid releases free set of instructions to build your own Banksy shredder Workshop for personal digital fabrication publishes a how-to for artists and engineers to manufacture their own Banksy frame.

In its Instructables guide, Fab Lab Irbid state: “When the Balloon Girl self-shredded itself after hitting a 1.4 million dollars, our inner makers started analysing how it’s done.” Their theory was that “blades were fixed on the base of the frame and two wheels held the painting in place and when they turned the painting would move over the blades and shred itself.”

They have provided a list of materials, a free instruction guide, and an accompanying video of their shredder.