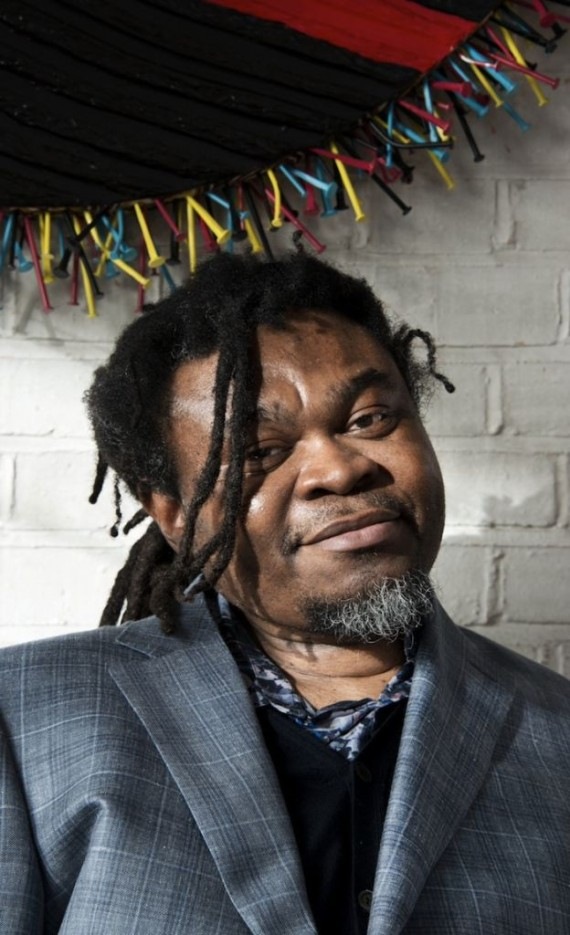 Yinka Shonibare MBE is the latest high-profile artist to add his voice to a-n and AIR’s Paying Artists campaign. The London-based artist’s backing for the campaign, which aims to ensure fair payment for artists who exhibit in publicly-funded galleries, follows last week’s announcement of support by Turner Prize-winning artist Jeremy Deller.

Shonibare, who created the famous Nelson’s Ship in a Bottle Fourth Plinth commission in 2010 and has exhibited at major museums and galleries across the world, has issued a detailed and personal statement of support. It draws on his own early experiences as an artist and stresses the need for artists to be paid for their contributions to public galleries.

He said: “The Paying Artists campaign is important for the future of contemporary visual arts. We won’t have great artists making significant work in the years to come if we don’t tackle the problem of low or no pay. I raised this issue publicly when the Arts Council announced plans ten years ago to improve funding levels to contemporary visual arts – I asked how can artists afford to live in places like London if they don’t get paid for their contributions to galleries?

“When I graduated in 1991 with an MA from Goldsmiths, I was fortunate to win the £1500 Barclays Young Artist Award. And of course I looked for work and was glad to find it with Shape, helping to develop projects which make the arts accessible to disabled, homeless and imprisoned people in day centres, schools, etc.

“I thought galleries would be fighting for my attention but absolutely nothing happened. I sent slides to two well-known London galleries and it was a case of ‘don’t ring us, we’ll ring you’ – I was surprised.

“It has taken many years of dedicated time in the studio for me to get to where I now am. Early exhibitions in the ‘90s in funded galleries such as The Bluecoat, Liverpool and London Printworks, the Dressing Down show at Ikon and A Sense of Place at Iniva in 2005 were all vital to building a strong art practice that has brought me national and international recognition.

“That’s why I’m giving my support to this vital campaign, which makes a really persuasive case for artists to be paid when showing in the splendid network of publicly-funded galleries we now have.

“Removing the financial barriers that many artists face will make it possible for artists now and in the future to come from all parts of society, creating art for the public to see that covers the broad spectrum of human experience.”

Shonibare’s support arrives as a-n/AIR discuss the campaign at a series of events across the UK this week. Tomorrow 16 September, Metal Billboard in Peterborough is hosting a discussion with Susan Jones (a-n) and Pauline Tambling (chief executive, Creative & Cultural Skills). This session explores the value of the arts to the UK economy and individual rates of pay for artists and freelancers.

Taking place on Friday 19 September, PRIMARY in Nottingham is hosting an event through a partnership with EMVAN. Featuring contributions from Susan Jones (a-n) and Joseph Young (AIR), this informal session will explore how fairness and equality of opportunity within artists’ pay can best be enshrined in working relationships, both in publicly-funded galleries and across all visual arts opportunities. This free event is open to members of a-n and EMVAN – places are limited, so pre-booking is essential.

In addition, a number of Paying Artists presentations are taking place in September, including in Stockholm at a seminar discussing the Swedish MU (Memorandum of Understanding) agreement, in Glasgow at the Scottish Artists Union AGM, and at a Visual Arts South West consultation. More events will be announced in due course.

For more information on the Paying Artists campaign, visit www.payingartists.org.uk

Jeremy Deller: “I wholeheartedly support the Paying Artists campaign” – The Turner Prize-winning artist on why he’s backing the campaign