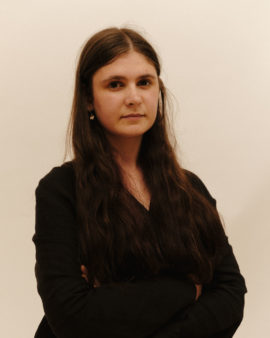 Above are the final images of the degree project installation for the Endangered Plant Index. This installation took a lot of work and calculations to get right – including having to take a lot of the drawings and labels off the wall, […]

This proposal is the one that I have rewritten both after the crit and examining Agnes Denes’ proposals further. I have attempted to follow the same format as Denes’ used in her proposal (see previous post), whilst also keeping it […]

Over the three years of degree – and particularly these past two – my role and practice as an artist has changed enormously, and in this post, I want to examine how and why it has, and how it will […]

Update: 08/06/22: I also added the ‘wildflowers’ book open on the desk, at the page of the Ragged Robin, which is one of the wildflowers listed on the seed pack, that I hope to use in the rewilding of Cedarwood Walk. […]

When I first heard about Wild City by Alec Finlay, I thought it was a rewilding project similar to my own – however, it isn’t – rather than planting and creating or restoring wild areas in the city, Finlay has instead teamed […]

Agnes Denes is most well known for her work Wheatfield: A Confrontation, but Denes has also created and crucially proposed many other works. One of the proposed works, and one which is streakily relevant for me and my rewilding project, is A Forest For New York […]

Unfortunately, I discovered a few weeks ago that there were issues with where I was accessing the information for my work, and I have therefore had to change a few elements of my work, including editing the design of the […]

Yesterday, we had our first crit since [starting] installing our work for assessment and degree show. I found this really useful, with a lot of suggestions and thoughts for improvements – and some very useful feedback on some bits that […]

Over the past week, we have been preparing the studio space for degree show and assessment, painting and filling the walls and then hanging our work. As I have a large space to fill and have a different colour on […]

As I have been using hashtags for a long time on my posts, this is something that I didn’t really think about when I posted my first new post. The idea of hashtags is (according to an article from Hootsuite): […]

Recently, I have had the opportunity to work in collaboration with Wild Card campaign team, who are working campaigns to rewild Royal, Oxbridge and Church land. I originally contacted them about potentially working alongside them on my rewilding project. However, […]

Radical Landscapes at Tate Liverpool was recommended to me, and in the exhibition, there is Back to the Fields by Ruth Ewan. Back to the Fields is a really interesting work, both for the concept behind it, and the physicality of the work […]