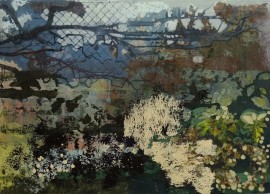 The National Open Art competition has announced details of this year’s shortlisted artists ahead of the exhibition opening on 18 September. 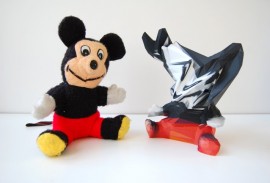 This week’s must-see shows range from White Albums in Liverpool to a celebration of the tiny things in life in Southampton. 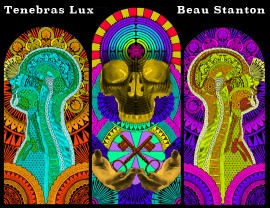 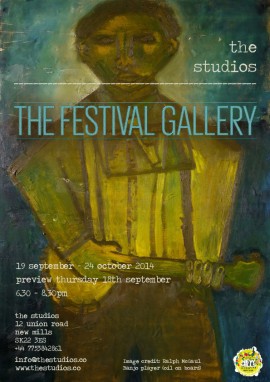 In this blog entry I wish to give informative details about my Arts Council funded project and to clarify the direction my research and thinking is going in so far. As a part of my research project  I am doing […] 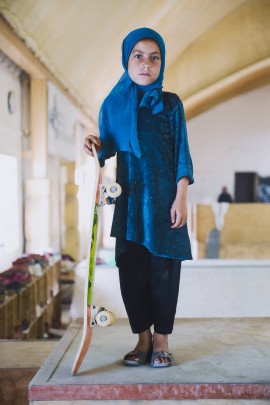 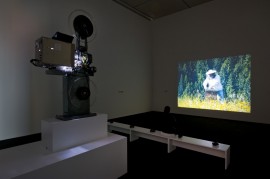 From artist-led adventures in Leicester to an exploration of a 19th century German educationalist in Bristol, we pick five must-see exhibitions from across the UK.

ArtAnon’s newest project, Drawn Together, starts in October. Working in conjunction with The Big Draw 2014 and Free For Arts Festival, there will be a series of workshops throughout the month that encourage participants to try exciting drawing techniques and add […] 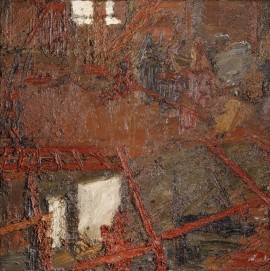 This week’s must-see shows include Frank Auerbach’s drawings and paintings at Tate Britain, Simon and Tom Bloor’s exploration of the post-war architecture of play at Sheffield’s Site Gallery – and a spot of artist-run golf in Croydon.

The hang for the h.Art Young Open Exhibition is on Monday 1st Sept – coming around very quickly! We have combined PV invites with 2 other city venues – all on different evenings, our PV is on Tue 2nd 6-8pm […]

The Jeff Koons retrospective at The Whitney Museum of American Art, New York has been disrupted by an artist writing an ‘X’ on the gallery wall in his own blood. 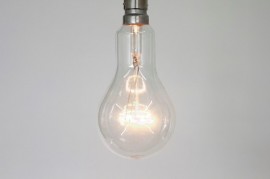 This week’s selection of must-see shows includes a ‘breathing’ bulb in London, an evolving artist-led group show in Sheffield, and the auto-creative work of Gustav Metzger in Cambridge.

With 8 weeks to go until we (7 graduates and students from Hereford College of Arts) put up our exhibition in Union St, London, it’s hotting up! The group are: Daisy Rickards Kate Morgan-Clare Rosie Daffern Alex Weaver Jack Clough […] 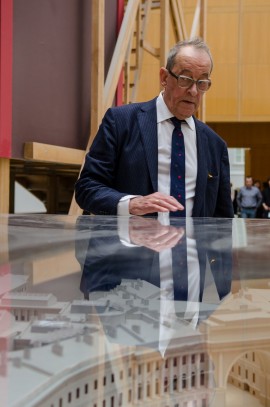 Kasper Konig, curator of Manifesta 10 in St Petersburg, has been describing the pressures of curating an art biennial in Putin’s Russia. 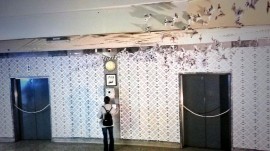 In the run up to my exhibition at Castle House, Sheffield I will document the thoughts, experimentation and processes that shape my work. ‘When the walls take flight’ will be a wallpaper installation and performance which, during the exhibition, transforms into a flock of birds. 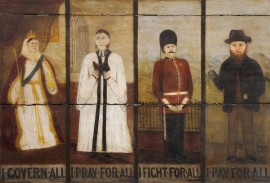 The current British Folk Art exhibition at Tate Britain provides a timely reminder of art as an expression of creativity and emotion. It is, argues Alistair Gentry, a compelling alternative to a ‘sick and twisted’ contemporary art world. 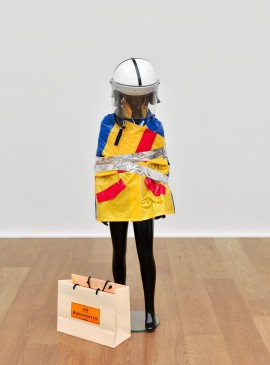 Conflict, industry and landscape are on the agenda this week as we recommend shows in London, Leeds, Manchester, Brighton and Edinburgh. 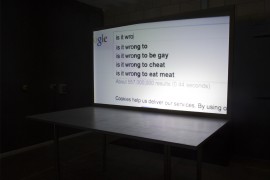 The Platform Award is an annual initiative involving five galleries that provides professional exhibiting opportunities for graduates in the South East of England. As the first of three shows at Modern Art Oxford opens, Richard Taylor finds out more. 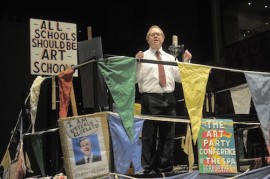 Building up to the release of Bob & Roberta Smith’s feature film on 21 August, an exhibition of Art Party memorabilia opens tomorrow Saturday 9 August in Scarborough. 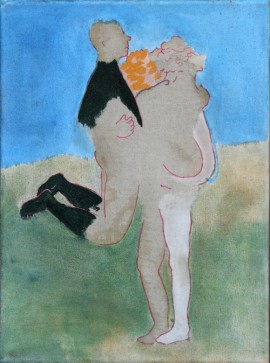 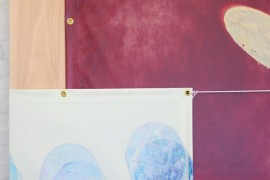 Memory, permanence and motorcycle counterculture are on the agenda this week as we take in Phil Root’s ‘erasure’ works in Exeter, Richard Bernstein’s magazine cover art in London and Charlie Woolley’s continuing exploration of the avatar in Plymouth.