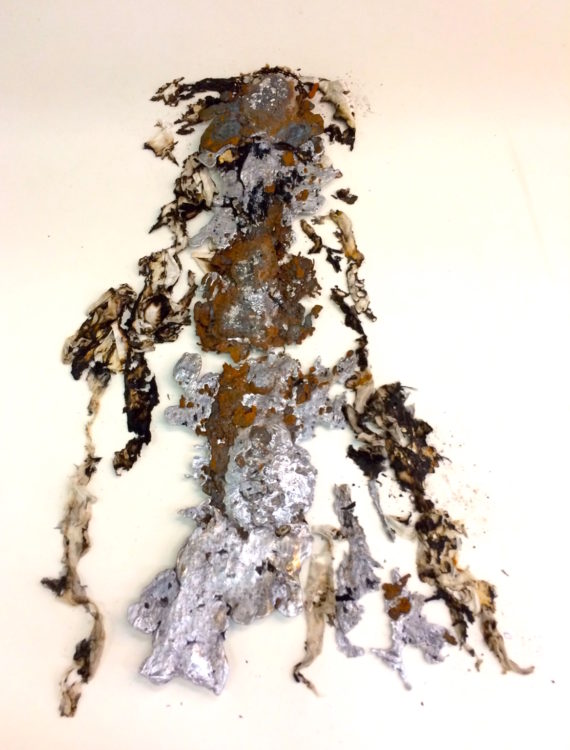 The Iron on the Dress is in response to Amy Dillwyn’s first steps of divorcing societal restraints and expectations. Many times she refers to herself as molten metal, a furnace. The act of pouring  molten metal over the dress alludes to the developing world of industry in Amy’s later life and the breaking out from conforming, moving from the path that was set onto one of her own making, and the celebration of this road she carved for herself. 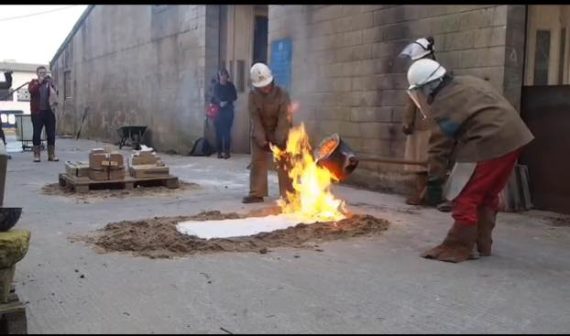 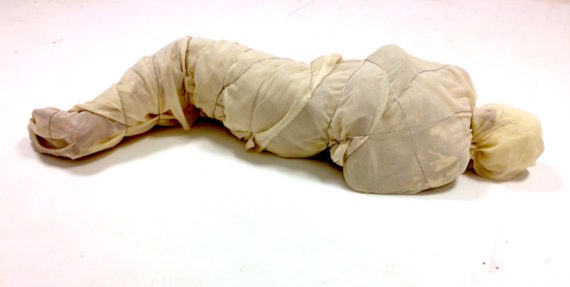 Le jeu ne valait pas la chandelle was the first piece of work created in response to the life and fiction of Amy Dillwyn. The piece considers the death of Llewellyn her fiancé, and arguably the liberation of Amy from the life of marriage. The body is dressed replicating a funeral described in the novel Jill, embracing the stripped-back simple nature of death in contrast to the Victorian obsession of the time. Death also seemed integral to her liberation from the societal restraints upon women, and also recognition of her individuality.

I was selected for the Wales Arts Review residency for the month of March 2017. My project for this residency was on the subject of Amy Dillwyn with a focus on her-story (history) and gender. Before and during this time I contacted Professor Kirsti Bohata from Swansea University. She facilitated my research and gave me access to Swansea archives, including access to Amy Dillwyn’s personal diaries. The work created on the residency was in response to Dillwyn’s life and fiction. At the end of the residency I invited Professor Bohata to discuss the final works. It became apparent that I had responded to Amy’s early life, arguably when she started the divorce proceedings against society after the death of her finance.

The story of Amy Dillwyn has been miss-told in history; however, Amy Dillwyn’s story is a strong Swansea woman, a woman ahead of her time, a woman that loved another woman Olive all her life, and a woman who displayed attributes that would arguably challenge cultural norms of today.