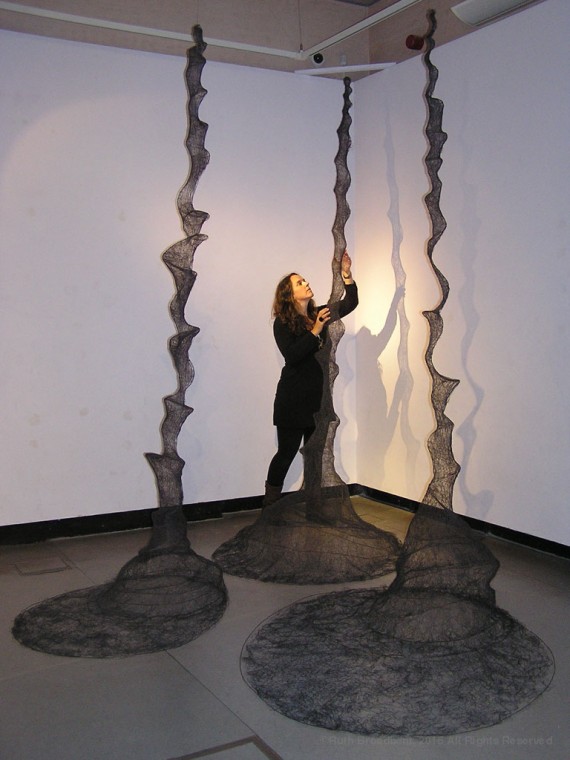 0 Comments
Viewing single post of blog all or nothing 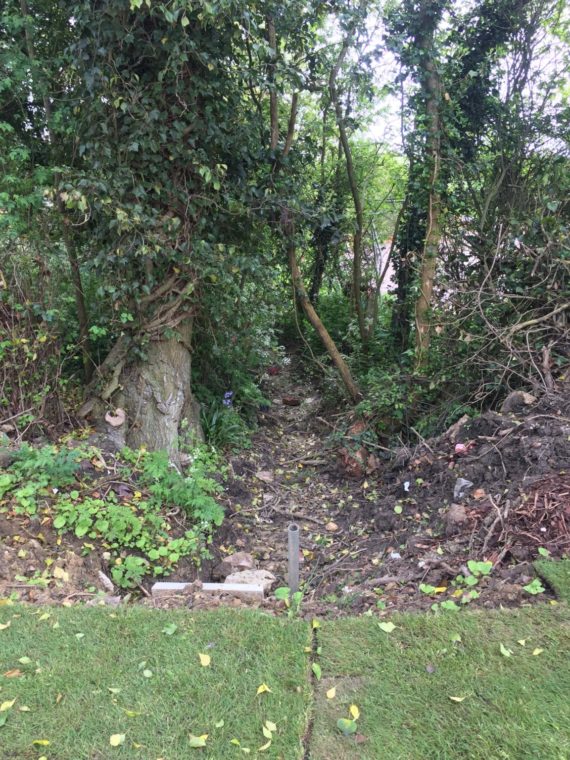 City Centre 12 May 2018 – A walk from town to countryside (Crouch Hill, Oxfordshire, UK)

Blake Morris is walking each of the walks from Ways to Wander by Clare Qualmann and Claire Hind (Triarchy Press, 2015) and inviting others from around the world to either walk with him in person, or remotely. This particular walk was City Centre by Tom Hall. Following the instructions for the walk, I set off to walk out of town, turning back when we crossed the boundary from town to countryside at Crouch Hill and the ancient track, Salt Way, that borders this edge of the town. En route I met up with another artist, Rhiannon Evans to accompany me on the walk. Rhiannon has done a lot of artwork on Crouch Hill so I was delighted that she could join me. We were also joined by over 50 others who were interpreting the walk in different locations around the world. The occasional ping of my phone with updates from these other walking artists added an extra dimension to our walk.

For the start and end of the walk, I walked alone in silence, writing down any observations on paper. Walking together, I made some brief notes but mostly we observed, listened, explored and discussed our encounters along the way. An unexpected feature of this walk was boundaries and barriers. With a new housing estate being built, we found that the old and well-worn permissive tracks regularly used by locals and dog walkers have been closed off, and where they would have come out on Crouch Hill is now being reclaimed by brambles and foliage, as well as the occasional piece of litter. Barriers marked the boundary of the new estate. After coffee and chocolate by the trig point on Crouch Hill, commenting on how the view is beginning to change, we noticed a dog walker crossing the field below that we had tried and failed to enter. We decided to find their route in, so descending onto Salt Way, a track bordered by trees and fields (and also currently undergoing a transformation in parts as new estates are built outside of this boundary line to the town), we walked along it to the main road back into town. With the traffic noise returning, we searched the field hedgerow and ditch for a place to enter. Just as we approached the start of town once again, a small gap in the hedge revealed itself, a new path created as old ones close. I look forward to seeing how the paths continue to shift and change as people and animals make new tracks up to the hill.

Along the way I took square photographs of the ground, documenting the shift in surface. This connects with my current artwork, in particular A Line Across England, where I take rubbings of the ground surface as I follow lines on foot or by bicycle. Although this walk started in town in an urban area full of tarmac surfaces, I searched out any patches of grass to walk on, from verges to strips between carriageways. Plenty of grass areas and trees cover a particular area of the walk, originally designed as part of a social housing project, and fortunately still continue to exist. Gradually the smooth urban manicured grass, punctuated by the ruts created by urban domestic cars, changed to undulations in the track more familiar to the countryside. Sounds changed along the way with birdsong present throughout and traffic and human activity fading in and out. Although a familiar route that I have walked many times, the nature of this event meant that it became a slow and contemplative walk, adding new resonances that will continue to echo on my future wanders in this area.

The following text and photographs record the surface of the ground and accompanying observations as I walked. The photographs are organised in three lines, the first and last are the solo start sections of the walk, and the second central column is walking together up and down the hill. The text is as I wrote it at the time, with some minor edits added a few days later. (Click images to enlarge).

Rhiannon’s writing on our walk is as follows:

It was strange. Just when I was feeling disconnected, came the request. Ruth asked if I’d like to join her and others, globe-wide, on a walk. Hers was going to be up Crouch Hill.

I ‘d almost finishing reading Patti Smith’s M train and already feeling the sense of loss associated with ‘missing a book’ before I had even finished it, so, of course, I said ‘yes’.

When Ruth arrived, I suggested we follow the route I had, at one time, taken so very frequently, almost daily.

It felt recent, until I started walking that day, but actually was months ago. Perhaps not since the building work began, I guess.

As we approached the site and I felt like a traitor. I thought it looked smarter, somehow; tidy.

But when we reached the gateway into the big field I was shocked and hurt. Our way up, alongside the hedge, along the headland, so familiar; was blocked.

There was a high metal construction fence with notices about consideration and respect.

I felt excluded, and imprisoned.

We turned back and went the road-way.

Within minutes, a joyful coincidence – seeing excited faces and waving from a white van parked on the kerb. A mixture of anxiety and anticipation was palpable; exuded by parents and son through the van. Shared feelings of loss and gain were visible through the window, and as they moved on, so did we.

Discussing routes, ownership and permissions, we walked slowly upwards across the mown grass to scrappy woodland. As we searched for paths we’d both walked before, but separately, we made our way through; clambering over branches, caught in brambles, stumbling, finding mossy roots and glimpses of sky; caught in a tale of mystery from time ago.

We rambled this way for sometime (or was it just a few minutes?) emerging almost where we entered, but changed, as in all good tales of wanders and discovery.

Our discoveries were banks of earth, high and newly pushed upwards; fences old and young, wood and metal; and detritus bottles, cans; and a fragment of ‘vintage lino’, which I carried home, and kept as a treasure for my ‘collection’.

Reaching the more familiar path, the hawthorn was overgrown from few passings  over the long winter and wet spring. Slippy paths and uneven descents have claimed ankles and wrists in their time. Maybe these routes are less popular with dog-walkers now; no passable route down the hill to the road, anymore?

On the summit we sat, ate and drank, reflected and ‘supposed’- seeing the ingress of the development below into the next precious field.

I thought I saw a friend, Louise with her dogs. Trying to find a way through to the road, near the old way. I called her- but it wasn’t. She was in her garden, not visible, half- a mile or so away.

Ruth used an app. to help us name the hills. The sun shone determinedly bright on the screen making the text difficult to read and our decisions, unconvincing.

We returned by walking back down the hill to the West and took the Salt Way to Giant’s Cave. Along the main road back to my house we looked for new paths through the hedge, formed by others. This was for future reference, giving access, once more, to the big field,a way up the headland, through rough boundary gaps, to the top.

It seemed the right thing to do.

Not far from some pre-cut, carefully laid new turf and a neatly cleared ditch,

For more info on this project, my work or Rhiannon’s:

Blake Morris: A Wander Is Not a Slog (includes an invitation to join him in a walk and links to the participants of this walk) #awanderisnotaslog