Over the last two visits to the Archives I have been accessing several files that relate to the Dane John V A D Hospital. The hospital at Dane John House (now known as Chantry Hall) was used as a Voluntary Aid Detachment Hospital with 115 beds from 1914 – 1919.

There are 3 photos showing patients and nursing staff in what looks like a small room. There are two beds visible in the images but difficult to tell if there are more out of shot. The photographs were taken by J G Charlton of 24 Mercery Lane, Canterbury but give no further detail.

There are several clues in the images – the chrysanthemum’s in the vases and the ghostly outline of a bare tree through the window, that might indicate that the photos were taken October/November time. 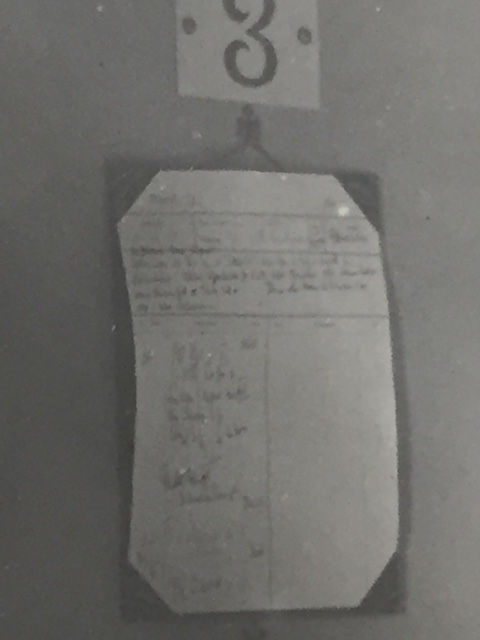 There is an embroidered emblem on the bed cover that I think says KVAD probably referring to Kent VAD – who did the embroidery?

A number of personal items on the bedside cabinet – a bottle of ink and what looks like a letter – who was it from/to? 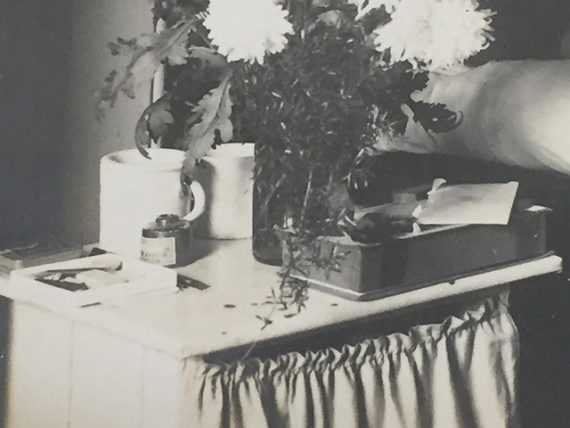 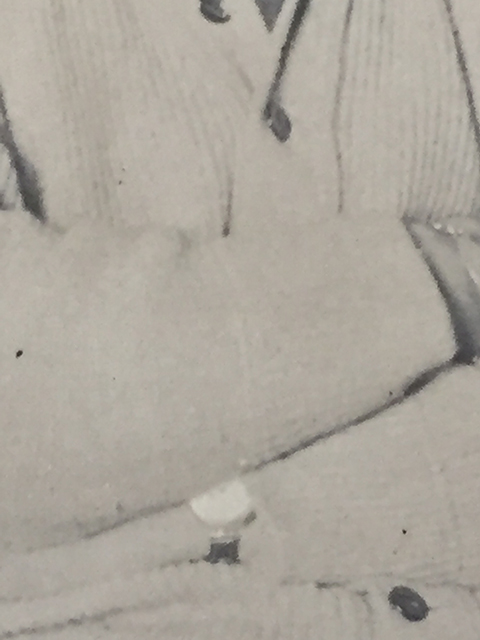 An emblem on the men’s jackets saying VAD K70 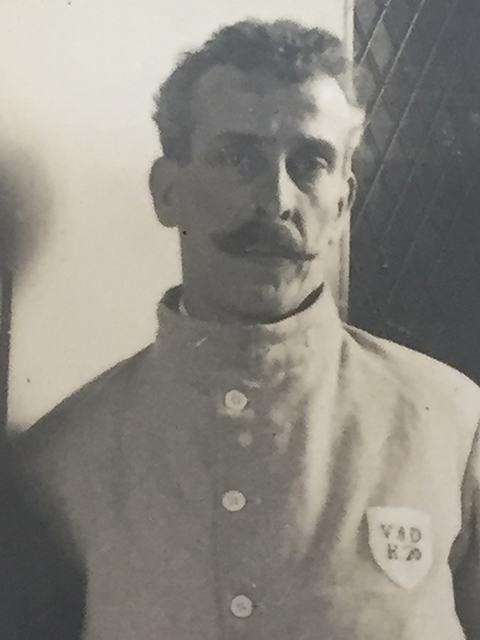 All details revealed in close up shots of detailed sections of the originals. Hi res scans would no doubt reveal more but I am not sure this would be possible but is on my list of questions to find out

And of course the people in the photos. Staring at us from out of the two dimensional boundaries of the image. Their gaze direct and unfaltering, alive across the span of 100 years.  An anonymous gaze. Their current anonymity an uncomfortable reality. They are currently just a number in an archive, a number that identifies a series of photos. Further research may rectify this but it is a long shot.

All images with kind permission of Canterbury Cathedral Archives