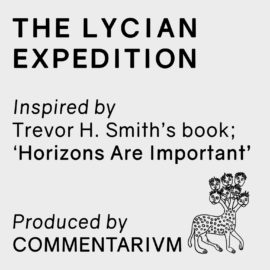 In Spring 2022 I will be the Artist in Residence along the 500km Lycian Way, an ancient trail around Turkey’s Aegean Coast. I will be accompanied by Emincan Alemdaroglu of COMMENTARIVM (Producers of the project), a film maker, and a sound artist.

When choosing materials to take to Collemacchia I was limited by a number of factors; transportation, additional equipment, and practicality. I ended up with a selection of drawing materials (pencils, ink, pens, brushes, pastels), lino, block printing ink, and cyanotype. […]

I want to share some of the drawings I produced while in Collemacchia and reflect on the experience I had making them. I’ve been struggling with drawing for a while, it’s a vital part of my practice; I feel comfortable […]

I’m very much looking forward to occupying the space at Martyrs Gallery in Lewes as artist in residence from 28 May to 12 June. I’m planning on building on work developed during my recent Once In A Universe project and most recently […]

A brief update on my investigations into Drumcroon so far; through the call out, I’ve managed to arrange five interviews (three of which I’ve completed) and track down the location of the Wigan Schools Loan collection. I’ve also been loaned […]

This blog is quite overdue! I’ve now been studying the MA in Multi-Disciplinary Print since September 2018 however my documentation so far has been very much offline. In time I will update this blog to reflect the work that I […]

Please see the call out below:

My research focuses on how artists’ create and construct communicative contexts within practice. Focusing on sound, my work observes human interaction and activates spoken-word, with original narratives being questioned and new, quasi-fictional narrative constructed/composed. Exploring ‘erasing’ as a methodology, my […]

Origins I have a 28-year history with the Pennine Way, the UKs oldest and toughest National Trail. In the summer of 1990 my dad and I walked the last sixty miles of it, over four days, from Hadrian’s Wall to […] 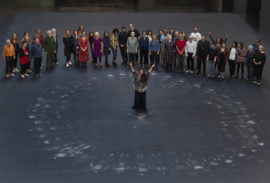 Yesterday I thought I was going to write about pillowcases but somehow that didn’t happen and I ended up writing about how I came to the point at which I decided the direction my work was going to take. So […]

This post is shared from my other blog over on WordPress but is relevant here too.   I have only written 4 blog posts on here in the past year. it seems a poor effort but in my defence […]

To date there are 3 things which to me have struck a chord during my residency: The gossamer thin flags that are displayed in the Buff’s Chapel The images from Dane John VAD Hospital and the fracturing of identity […]

I haven’t written any blog posts for a while. Not just on here but also on my main blog. When I started this residency I wasn’t sure where it would lead me, but that is what is the exciting thing […]

After an exciting 2017, work completed during the Leverhulme residency was presented to the public at Ouseburn Open studios, stimulating interest and discussion around the theme of light and well-being. Work was exhibited at 36 Lime Street and this provided […]