Breaking Ground has been an experimental collaborative project including five short residencies: "Two Artists in Residence on an Allotment" including "ALLOTMENTA", an open day; a printmaking residency at the University of Brighton; "OUTSIDE IN", at Phoenix Arts, Brighton; "UNDER GROUND" at The Pine Gallery, Hastings, and GONE TO EARTH at Crate, Margate.

NEW BEAN FOR A NEW YEAR

A magic bean arrived in the post for me. It came from Germany. Wiebke and Benno had planted the bean I sent in a Breaking Ground seed packet and I posted the photos they sent of planting it. It grew its own beans and they have kept a bean seed for me. So this is an English/German runner bean. I shall plant it this season and see what happens.

Time to sit and remember the three Project Space Installations: Outside In at Phoenix in Brighton, Under Ground at Pine Gallery, Hastings, and Gone to Earth at Crate in Margate. Many experiences and experiments: asking people to bring inside objects from the outside, an activity-based discussion in Brighton; Drawing in the Dark Big Draw event, using torches and magnifying glasses to see the work and a discussion jointly organised with TATW Talk About The Work at Claremont Studios, Hastings; trying out a webcam and posting videos on YouTube at Margate; and making work in response to the space and building on earlier ideas. Finding a stronger sense of trusting the work that comes. Learning more about publicity and marketing and building a wider network. These are some of the themes I can pick out to fill in the Activity Report Form for the Arts Council.

A week has gone since we returned from Margate & normal Eastbourne life has overtaken me. I have, however, managed to update my website with the Gone To Earth images, before getting completely sucked in to Eastbourne Festival organisation and my next project at The Redoubt Fortress.

It was good to go through all my images and video clips & choose what was to go on the website. Another kind of taking stock.

Ten days on and I am surrounded by boxes again. Unpacking. Where to put it?

Big Bird is lying down in the attic room, her root feet alongside; hay into the shed or on the compost. Stones back to the beach. Blackboards to the studio. Round and round the stuff goes. I am a little dizzy. 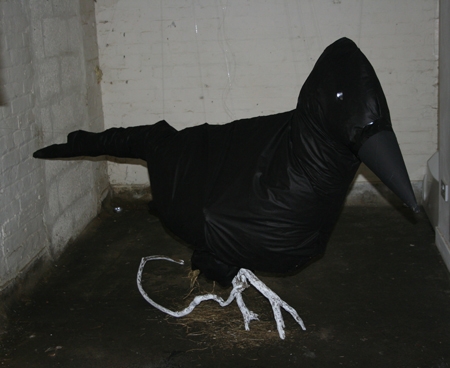 At Crate I used over a kilo of sugar, more than 700 artichoke seeds and 40 cardboard boxes. I started a series of drawings of 392 dandelion seeds from a single dandelion clock.

There have been 5 residencies, 1 allotment, 3 project spaces, 192 blog posts.

We have put 21 video clips on YouTube and I have 4.27GB of Breaking Ground photos on my computer. 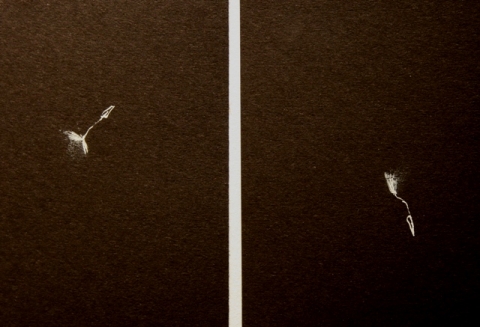