Judith visited the allotment for the first time. It was covered in cowslips, forgetmenots, tulips.
We planted a flag Breaking Ground to launch the project.
Judith brought a bag of homemade compost for the allotment. She took home a bunch of spinach from the allotment. A useful exchange – a kind of beauty.

I'm really interested in how other people's blogs are developing and keep telling myself that I must give myself a bit more time to really delve into them, rather than dipping in and out as I do at the moment and just picking up snippets here and there.

I have got quite caught up in the nervous energy of larisa blazic's: 205A Morning Lane and have also become quite involved in the trials and tribulations of Gabrielle Hoad's: Exeter Studios Project – I hope it all eventually gets off the ground, and if it does, it would be great to try to arrange to go and visit – how about it Gabrielle?

I loved "Little Death 2, A little Death film of a dissolving Alka Seltzer tablet" (see Alex Pearl's: Foundling Museum Commission) and I'm also enjoying following Jane Ponsford's: Papertrails Residency, especially since meeting her at the AIR event a couple of weeks ago. I was interested in Jane's comments on 1st April, following that event, about her frustrations on hearing discussions about how artists need a forum to be in touch with other artists because, as Jane says, "…the forum is there. It's where the discussion is being held." I have to agree, and not only on the issue of a forum, but also many of the other things which artists say they need, which, I'm beginning to discover, are already in existence. The issue is, perhaps, knowing how to access them.

I was amazed yet again yesterday about the way opportunities multiply when you start looking for them. All of a sudden, collaborations are everywhere! An invitation arrived from Phoenix Arts in Brighton to the opening celebration of their next show, curated by Sally Lai, curatorial fellow at Phoenix, entitled "Double Acts". Any guesses as to the theme? Another event to add to my list of things to see and do! The exhibition, which opens on the 28th April, is "a celebration and mini-survey of collaborative practice in the UK today" and features work and new commissions by Ayling & Conroy, Karin Kihlberg & Reuben Henry, Library of Unwritten Books, The Owl Project, Semiconductor and Jonathon Gilhooly & Stig Evans. http://www.phoenixarts.org

Beginning to pick up the threads from where I left off before the Easter break. In the meantime I’ve been making the most of time available to get on with some personal, non-collaborative work. But continuing with my research on collaborative working, I’ve booked a ticket to go & hear Gilbert & George speak at Tate Modern on the 30th April and I’ve started reading the articles in issue 3 of “Dialogue” on the Axis website entitled "Inside the interview: Exploring the workings of the artist interview." There is a lot to read, and I don’t suppose all of it will be relevant to us, but as Roz and I are about to embark on the part of our project which involves us “interviewing” each other, it is useful to have some idea of the context and history of the artists’ interview.

The image used on the opening page of the Editorial by Jon Wood is by Dave Ball, entitled “Interview with a House Plant”, 2005 and depicts a scene in an interview room with two chairs. On one of the chairs sits a man obviously engaged in interviewing the potted plant which “sits” opposite him on a second chair. It reminded me of Roz’s work, “Interview (pig)”, 2006 (see http://www.roz2.co.uk/ani08.html ) 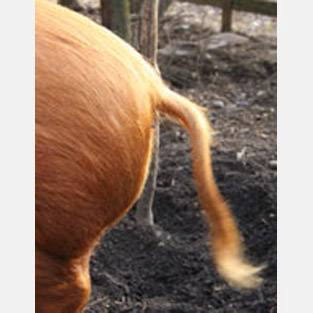 Two more polaroids – table and chair – found on the allotment today. The old wooden chair i took up a couple of winters ago, split in two as I turned to put these into my bag.