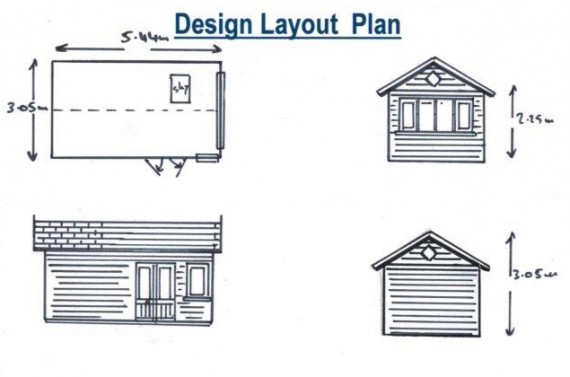 It’s all been a bit of a blur, like the old saying about waiting forever for a London bus then three come along at once. I went from feeling like it would be months till I would have my studio to everything happening in quick succession. Got the keys from the builders, had 4 days in which to do 3 coats of paint, the first being a very wet primer coat that dripped everywhere. The black plastic the builders left to protect the floor soon resembled an action painting by Jackson Pollock. I finished in time for the electrician to arrive and install sockets, lights and a wonderful ‘turbo power’ heater. Deciding where my 4 double sockets would go would determine my studio layout and work flow, I needed to get it right. I wanted at least 2 above counter height for my workbench which I saved from my last studio, it had been stored under plastic in the garage for 15 months.

The electrician was done by 3 pm and I had a few hours to put a quick coat of gloss on the skirting board before the vinyl was laid the next morning. I picked the cheapest, but lightest coloured vinyl that Carpet Right had which was wide enough. It looks like slabs of concrete which I thought appropriate given the garden location and the fact that I wanted this studio for messy plaster and concrete work.

By Saturday morning I was ready to start moving in!

As last reported the builders were fast off the mark from planning approval to the concrete base, turned out they needed to get it done before staff were off on their summer holidays. I had to wait another week, patience not always one of my better virtues, until 4 guys and two trucks full of building parts arrived at my front door. I showed the foreman the back lane access, he was relieved, I think he was under the impression they would have to lug all that timber by hand to the bottom of the garden. I asked him to please make sure and not run into any oak trees as he weaved his way down the lane to my back gate.

I had a quick chat with the team of 4 as they started to unload and thought I’d give them a bit of time to get organised before making the first tea run, to my amazement when I came down an hour later the floor was down and the walls were going up. These guys were fast, having pre-made large sections in the factory that they just nailed together obviously helped. By the end of day one they had the walls, windows, door and roof on and felted, just as well as it bucketed down that evening.  Day two was roof tiles and internal work, loads of insulation 10 – 15cm thick. I’ve never had a warm winter studio, this year I’ll be as ‘snug as a bug in a rug’. All in it took an average of 4 guys 17 hours to complete my timber 3m by 5.4m building. 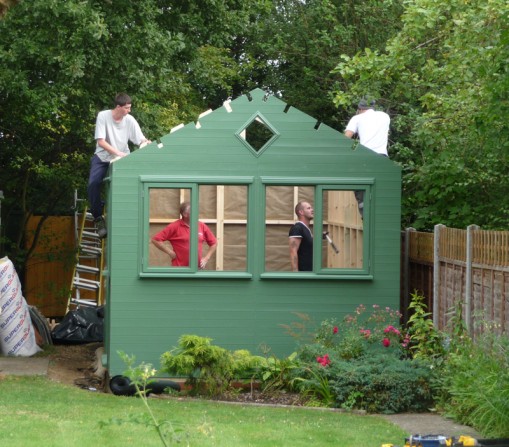 I was finally handed the keys on Saturday, to save a bit on the bill I said I would do the internal priming and they left me a rather large metal bucket full of watery white paint. I had to get this done before the electrician arrived to wire up lights and sockets. He arrives tomorrow and after 2 and a half days of pretty steady painting I am doing the final coat today. The whitewash was rather messy, good thing they’d left plastic covering the floor, when finished the walls glowed with a lovely warm off-white, like a New England beach house. But for our old England dark, grey winter days I would need a lot more reflective bright surfaces which called for 2 coats of white matt emulsion.  Better get to work . . . 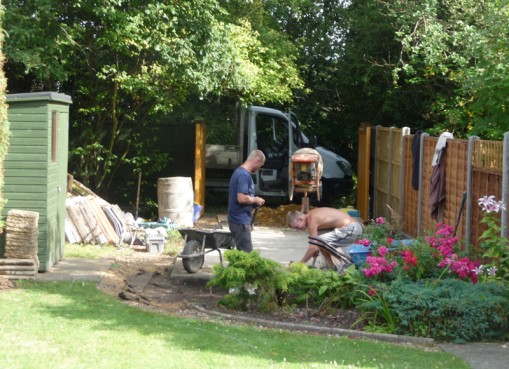