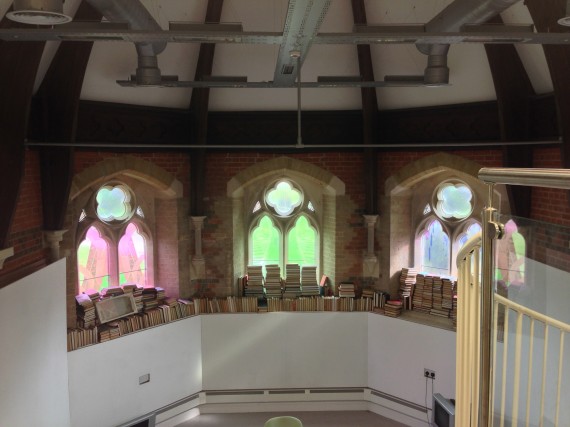 I came in early to set up and go through with Millie my lesson plan; about half way through she said that I had too much. I had been so worried that I wouldn’t be giving them enough to think about but it has flipped and actually I have given them too much. We were in the year three shared area, which meant that there were three classrooms around us that did come in and out throughout our session. Also the projector wasn’t very bright in the room and so was quite difficult for the children to see.

I started out with introducing myself and then the project, I think that because it was hard to see on the projector some of the children had difficulty focusing on listening. Throughout the introducing of the project, we played a series of identity related games. The blanket game, which is a similar game to Guess Who, but instead of using the flip boards we used the students in teams, which they really enjoyed. Identity bingo; getting the class to walk around and talk to each other to find out who matched 5 parts on the sheet. A positive personality trait task; where they had to look at the person on their right and tell them what their positive personality traits were. I think the games worked well at getting them to think differently about identity and helped them to get to know each other better.

After explaining a bit about Chang and her work, we had a discussion about what makes them smile and how projects like this could help the community. I then explained to get students and teachers thinking about what makes them smile we will set up a box for them to give us their comments. Their task was to create a poster to encourage people to post what makes them smile! This task took a lot longer than I thought; I intended the main part of the lesson to be the self-portraits but this took up about 45 minutes of it! This was a big realization for me that the children would need more time on the projects I had intended for them, I knew I would have to change my future lesson plans.

As we were swiftly running out of time, I quickly ran through the Thomas Hirschhorn slideshow I had made and explained that we would be creating self portraits but with a twist. When I explained that they couldn’t use their writing hand they all complained and said how it was unfair of me to ask them to, I was surprised at how much they protested. I originally planned for them to be split up in groups of three and go around the room doing these activities but because of the time limit I thought it would be easier to get them all to do the same exercise at once. The next was to create portraits without looking at the paper. Once again I was greeted with protest of how unfair it was and almost all of them cheated, some even outright just looked the whole time!

Overall I think the children were quite well behaved, a couple of the children were really chatty going off topic but as a whole the children were good at answering questions and didn’t seem too nervous to talk. Attention span was quite low at points, but I’m not sure if this also had to do with the space we were in as it was quite noisy and we were interrupted a few times with children coming in and out. Chocolate was a very good motivator but it also became a focus for some of them: “When will we get more chocolate?” “Can we eat it now or do we have to wait?” Another key issue was behavior from a student who I felt was almost bullying another student not present in the class by mocking this student in his drawing and stating that he “will still be in his Portway uniform” years from now. In next lesson I will be starting with the Erasing Meanness board, I hope this will make them think twice about behaving in this way. Another student has created a poster that I have concerns about but will address this with the head teacher so he can decide on the action to take.

Timing is the main lesson I have learnt from this first class, I think it is better that I had too much than not enough but it means I need to establish a key aim for each lesson. For next weeks lesson I want to create a device to stop the students from looking at their drawings whilst they make them.