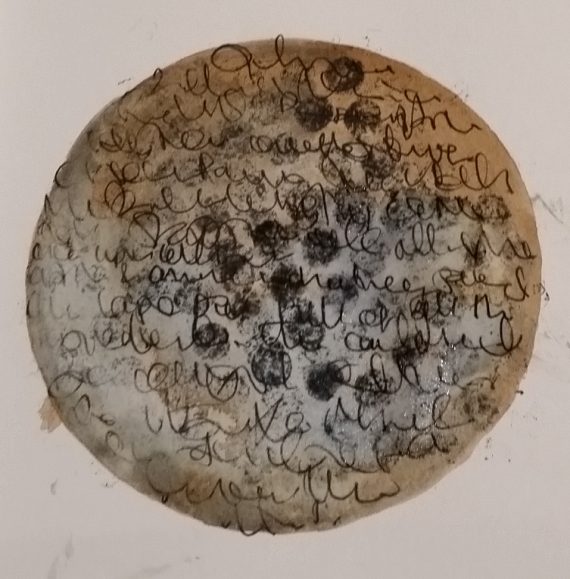 I undertook Dementia Awareness training with Dementia Friends today with Dwell Time and our partners Penistone Line Partnership. What was striking was the difference is approach in dialogue with people with dementia and mental health. With mental health issues, it’s advised to not ‘feed into delusions’ but conversely with dementia sufferers, the advise is the opposite and to ‘play along’ with the stage of memory they have assess to. For example if the person has forgotten the last 30 years and believes their spouse is still alive and their kids are at school, it’s less painful to go along with that then to tell them daily that their spouse is dead and they are 30 years older than they think and have no memory of the last 30 years. With mental health delusions, ‘playing along’ with someone’s delusions can strengthen the beliefs and potential cause more damage to their mental health. With somebody you know or work with who has a diagnosis and care plan, this distinction may be relatively easy but a stranger in the community it could be difficult to ascertain through short term dialogue.

I interviewed one of the Inspectors at British Transport Police today for Dwell Time. We discussed mental wellbeing and suicide prevention – quite fitting for World Mental Health Day. The interview started off quite guarded but through the course of the dialogue it loosened up and became more conversational and relaxed. Once the recorder had been stopped and off record the conversation became even more candid and this brought into focus the impact of audio recording dialogue where there is a record and consciousness of that. When the Dwell Team team debriefed the interview afterwards we agreed that more informal dialogue per-interview can be beneficial to relax interviewee’s guards but making notes of anything relevant they say to ask them to repeat would be necessary in case they don’t naturally repeat those points on record.

I went to see Reasons to Stay Alive at the LBT with Dwell Time’s bibliotherapy partners Words in Mind last night. The theatre production is based on the book of the same title by Matt Haig. The on stage dialogue emphasises both the internal monologue in Matt’s head at the time in two characters: Younger Matt and Older Matt as well as lived dialogue with Matt’s family about him and to him in varying degrees. The message of the play is clear as well: talking helps. After the show, there was an audience Q&A with two cast members and some representatives from Andy’s Mans Club, chaired by the director of HOOT, a local arts and mental health charity. The problem with this Q&A was the panel was on stage and not mic’d up and questions from the floor not mic’d either. However, this post-performance Q&A is a really valuable format to enable a dialogue about the issues brought up.

Dwell Time joined a YVAN microgrant bursary recipient networking meeting today at The Arthouse in Wakefield. We used zoom video conferencing to link up with the artists who couldn’t attend in person as a trial run. Although there were faults with the connection and audio to be resolved for next time, this type of multichannel video conferencing is a pretty effective way of maintaining a dialogue over geographic distance. It’s not as good as face to face interaction but seems to be a good option for dialogue in a small group.