The first speaker was Holly Corfield Carr who is interested in caves and writing in caves. She spoke about words as singular sculptural objects and talked about a couple of artists/writers working in caves.

Her paper and prose was quite poetic (she is a poet, so not surprising) and listening to her speak was sometimes a bit like listening the music on a more cerebral level where I was aware of the words being spoken but not really consciously computing their meaning. Possibly the codeine kicking in, IDK.

Talking to a friend after the first session, he noted her use of language as well and that it was sometimes a bit too specialist as we are “non-cave audience”.

After lunch Monica Bello from CERN talked about her curatorial and Art Department lead role involving hosting artists in residence. In the Q&A audience member and artist Nicola Ellis asked a question on the residency induction process and any barriers and Monica replied that it was imperative to empower the artist(s) with knowledge so that artists and scientists can talk on the same level. This use of language seemed a common theme coming out of the conference (or perhps that was just what I was attuned to with dialogue at the forfront of my mind). 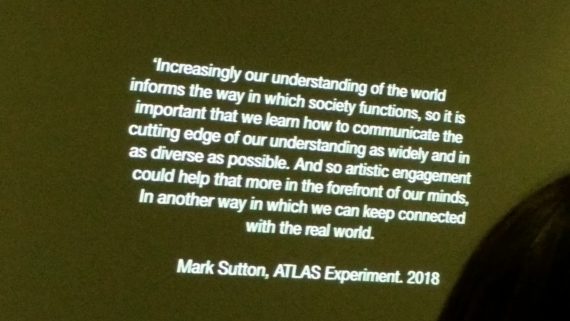 Next, Ele Carpenter talked about her research into radiation and mapping invisible but potentially deadly isotopes and looking at the visual signifiers. She presented a Fukishima photographer’s work where he photographed the radioactive top soil from his garden being removed and buried, in his garden, in blue plastic (Shuji Akagi).

In the break I was talking to Annie Carpenter about the endurance challenge the conference format presents of sitting and listening for a whole day. We mused the possibility of conferences in transit (like on a boat or a train) or walking conferences but the practicalities of that meaning it would only work for small audiences or frgamented conversations.

Marion Coutts presented next on icebergs and rocks. She began with a quote from Elizabeth Bishop in a letter to Marion Moore which was something like (this is maybe paraphrased): “Words are things in your head like icebergs or rocks or awkwardly placed pieces of furniture.”

A thing/rock to read. Marion postulated that words are objects and sentences are constructed objects (installations?) with sculpted properties and material materials.

Static is the remains of a hole-punched text The Rocks Remain in constant motion. The found, mass-produced object has been manually hole-punched and the remains captured as stills. The stills created a frame pool which were randomly sequenced to create the moving image based on a random number from the computer’s operating system entropy pool.

The Rocks Remain was a geology book bought in a charity shop – perhaps outdated and obsolete.

Last was Chris Dobtowolski presenting about his triumphs in faliure, ladybird books and nostalgia and his residency in the Antartica. His style was funny and a good end to a great conference. Whilst the other presentations were not dry or dull, and in fact really interesting and engaging on various levels, to bill Chris as last at the end of a long day was a smart curatorial move.

I met Charlotte for a drink and we went to East Street Art’s new space Convention House for sound exploration Ways of Listening II.

Ways of Listening I had been workshop style interventions/explortions earlier in the day. The performances we saw were not exploring the sounds of words but more sounds in space. Ed Cooper’s piece was multi-performers moving through the building making echo/callback sounds like a dialogue between themselves and the building, but it was scripted rather than improv I think and all mic’d up and filmed also which I think really looses something about these types of works. Obviously the documentation is important but when it almost becomes more important and the purpose it somehow looses the impact of the live art work. The next performance was Alex de Little’s Sound of a Room Breathing and seemed to be the documentation of the earlier workshop with those sounds on playback and her silently performing in the space. 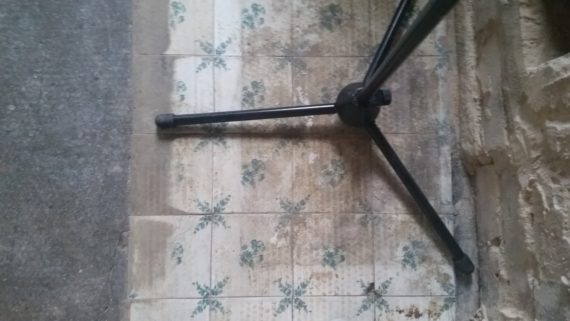 Not dismissing or minimising any of the brilliant lectures or sound works I saw/heard, it was the spaces and moments between that were the really interesting: the dialogues and reflections with other people. The conference break chats with Annie and Andy, the candid conversation with Charlotte in the pub, the inbetween performance breathing spaces, the train juorney home. Jon gave us a tour of the building which was very exciting to see the potential and future plans of a space in flux. It really seems the most exciting time to be on the start of a journey to somewhere new. 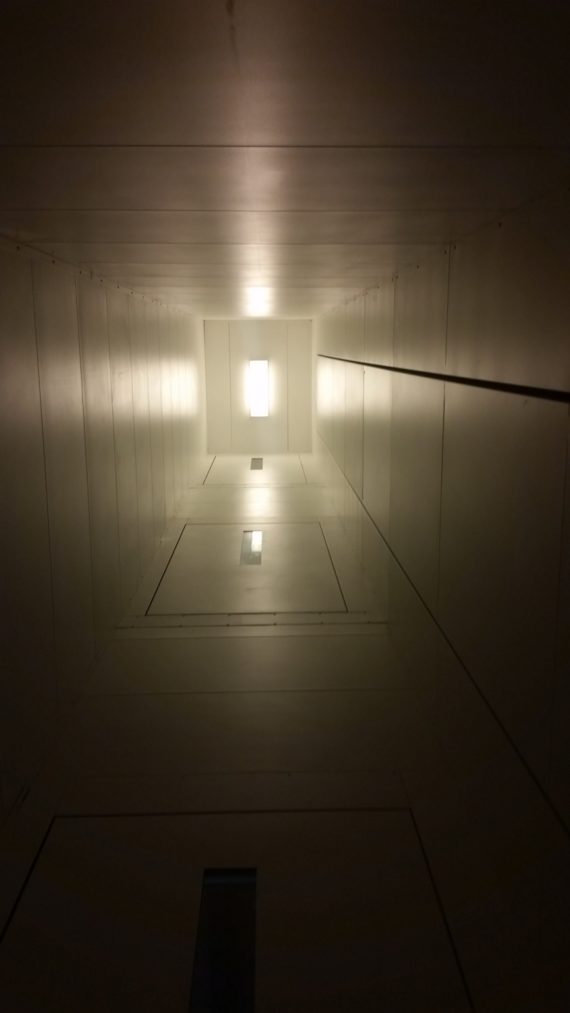