I took the kids on a Pirate Day at Shibden Hall today which was part treasure hunt and part crafting activity. The facilitators were in costume and in pirate character for the treasure hunt. They took us for a short walk around the estate engaging the children and adults in conversation and ‘pirate jokes’. The treasure hunt could’ve technically been something children could’ve done by themsleves (supervised) but the facilitators performing as treasure hunt pirate added another layer of dialogue based experience that engaged the children that extra bit and sparked their imagination with the narrative. 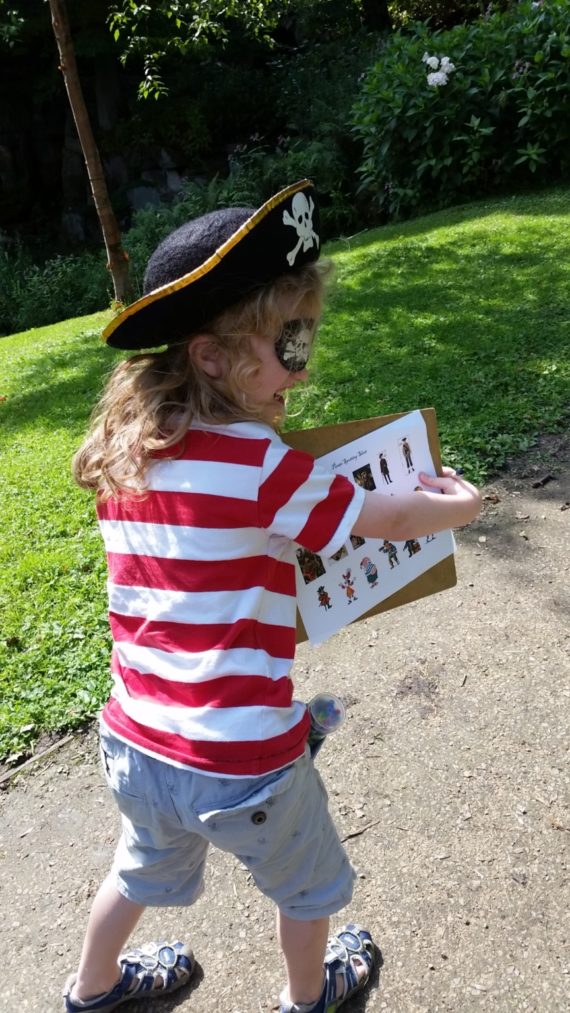