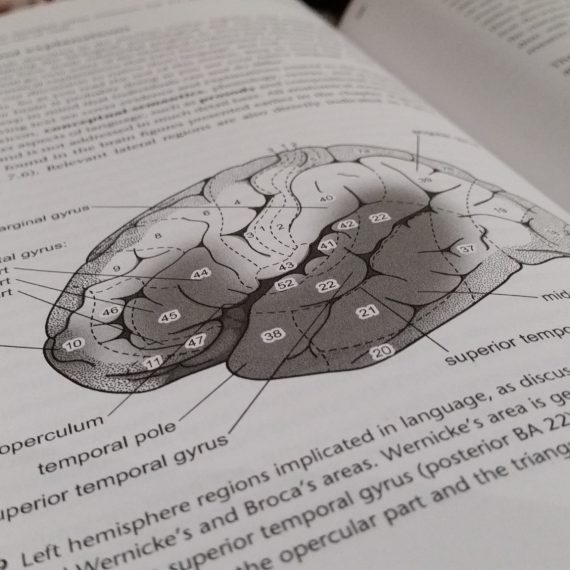 In Chapter 7: Language and The Brain, psycholinguistics, biocognitive and neurocognitive bases of language are outlined. The biocognition of mental lexicon looks at the biology of words; the brain anatomy, neurotransmitters and hormones that govern and shape our language. Language was previously considered left-hemisphere dominant but research now suggests it depends on the task. In measuring brain functioning (eg through MRI), pseudo-word acquisition and storage can be identified and the example used is ‘blick’. Evidence suggests that understanding words from different conceptual categories activates different neural networks of the brain (What’s the difference between a giraffe and a screwdriver, p.271). “Words denoting strong visual attributes such as form or colour involve temporal-occipital areas relating to the visual cortex. In fact, specific subregions of these areas, and even individual neurons, may be partly specialized for different categories in which visual form is important such as animals (eg giraffes), faces and houses.” There also appears to be neuroanatomical differences between nouns and verbs; nouns linked to left temporal regions and verbs linked to left frontal lobe.