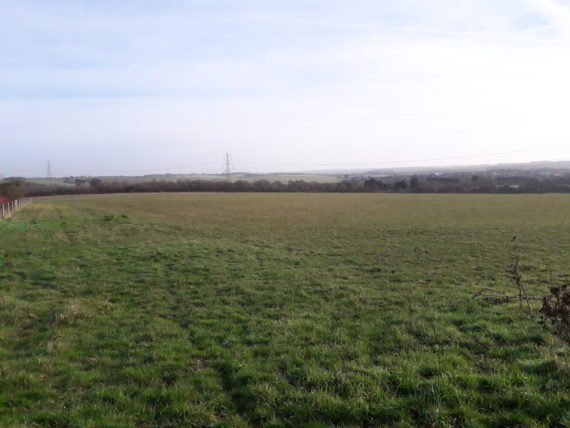 In previous research my focus and impulse is always to see these objects as clues, mere vessels of a broader narrative, evidence of actions past, representing a kind of void left behind. But lately I have come to question this approach and consider how I might begin to analyse these objects from an alternative perspective.

Part of this was brought about by my current reading.  ‘In Defense of Things: Archaeology and the Ontology of Objects’ by Bjornar Olsen is a fascinating discussion about arguing another approach to things, rethinking the assumptions of things being entirely constructed by thought and human perception, but instead exploring the fact that objects have a ‘dynamic presence’ in themselves that must be acknowledged.

I’ve only dipped into bits of this text so far but it’s already causing some deep reflection. I can’t wait to explore it further.

Things found in this field are presumably, largely dumped, discarded here to be rid of, expelled from the life they have come from, some transported here purposefully, an opportune spot found and then left.

Some are probably lost, dropped, a small few are maybe missed.

But nothing is still, new things come, older things, depending on their physical nature are blown away, eaten, eroded, inhabited, appropriated.

It is a landscape of constant change, by a tidal-like rhythm. Things seem so random, as though they have been washed up by a strange force of humanity.