These works comprise Phase 1 of a series: Infinite Potential.

The influence for this series is architecture at Essex University.

The project is an exercise in abstraction from the built environment and its surrounding landscape.

The images above demonstrate how I displayed the works in a rectangular room (the Installation Room at UOS).

Purpose: curate and document Phase 1 of the project and begin Phase 2.

Phase 2 begins with the introduction of light and moving images as a means of connecting the works; and expanding the works through space and time in unforeseen ways thereby making new work. 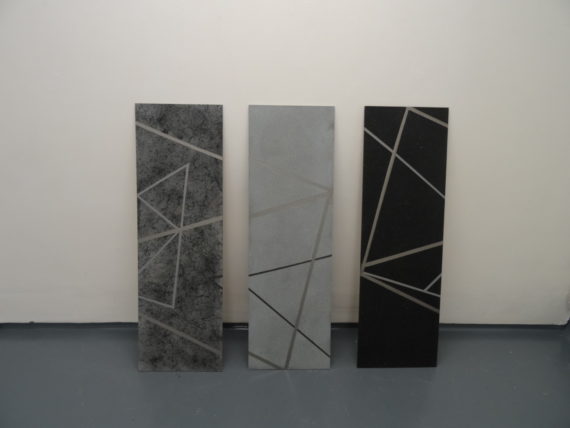 The surfaces are painted with various spray paints combined to reference tarmac, concrete and stone; these paints are textured and grainy in appearance. They appear to be weathering and the colours are fading – this process references time passing.

These boards are a response to the Brutalist buildings at Essex university. The markings on the boards reference the service roads and subterranean spaces beneath the University.

The surface of the boards are overpainted with lines of various widths interacting to form geometrical shapes like road markings. To make the lines, I used the same chalk paint as used on the 3D constructions – drawings as seen in Figure 2 below; and stainless steel paint (made in Australia – contains stainless steel particles).

The steel paint references the steel ventilation pipes found in the service areas beneath the university.

The lines on the three boards in Figure 1 were painted as one piece. However, I remixed the original configuration thereby demonstrating additional potential relationships.

Thus, although the marks on each board project a strong resemblance, if they are moved together so that they touch, the lines would not marry-up to form cohesive marks.

There is sense though that a more cohesive configuration could be obtained by rotating the boards. Thus, the work motivates thought and action.

A sense of potential change is implicit in the works throughout the series and the puzzle-like features of the boards in Figure 1 reiterate the theme of this series: Infinite Potential. 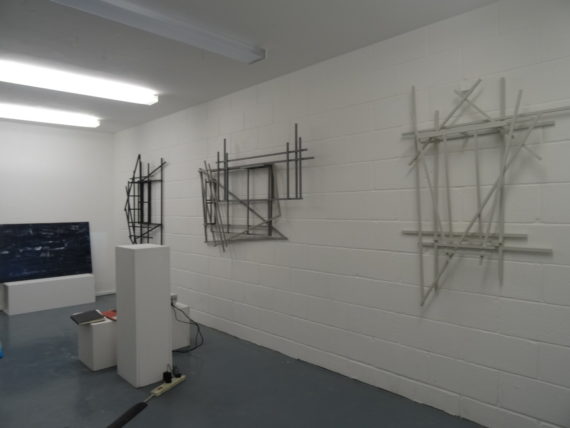 I have returned to the feeling that the 3D constructions seen in Figure 2 are automated drawings.

I have come to this definition based on how they were constructed i.e. I played with the relationships between the angles and lengths of timbers laying one piece on top of another and moved them until I felt the relationship was strong and aesthetically pleasing.

The drawings are a response to the buildings both Brutalist and Contemporary at Essex university.

As the drawings are built-up in layers, they are completely intercahangble. Each drawing is made-up of three autonomous layers which balance upon one another.

Action: The drawings will function as a new ground upon, through and between which I will project moving images – play with light, time and space and thereby create new work. 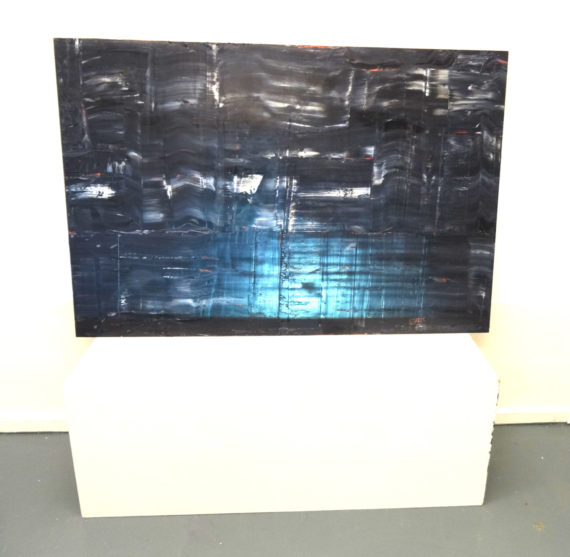 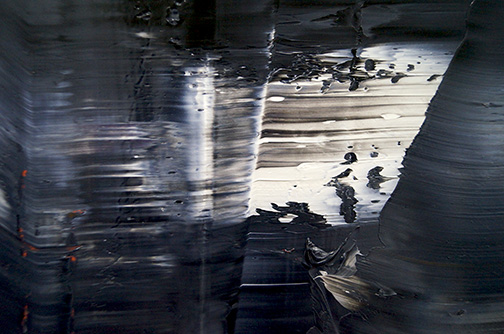 Figure 3 shows an oil painting influenced by Gerhard Richter’s style of painting abstract images by means of building-up many layers of paint.

This painting is a response to Lake water agitated by a fountain. I decided to prop the painting up against the wall opposite the three boards which a respond to manufactured materials.

The area which glows (bottom mid to right) is caused by the light from a projector. I superimposed an edited video of the lake on top of the painting thereby returning a sense of light and movement to the image.

The video captured reflections of the building on the lake-side in the lake which was constantly agitated by the movements caused by a fountain.

In introduction of moving images as equally key elements in the series marks a new and exciting Phase 2 of the project.

Action: Audio – I have an audio recording of the sound of the water spraying out from the fountain which I intend to merge with the video.

These images demonstrate the impact of adding moving images/light to the works.

The video projected in these images is the same video I projected onto the oil painting (see Figure 3).

I used this video as I particularly liked the way in which the ribbons of light streak across the 3D lined drawings. Hand-holding the projector means that I can manipulate the directions in which the streams of light fall (360 degrees).

Meanwhile, the video contributes colours reflected off the surface of the lake-water and off the painting. Thus, video adds multiple dimensions to the work.