Last week I had a holiday along the North Yorkshire Coast, taking in Whitby, Staithes and Robin Hood’s Bay. I didn’t get any work done but, as is the way with these things, I did draw in a little inspiration from my surroundings and experiences. 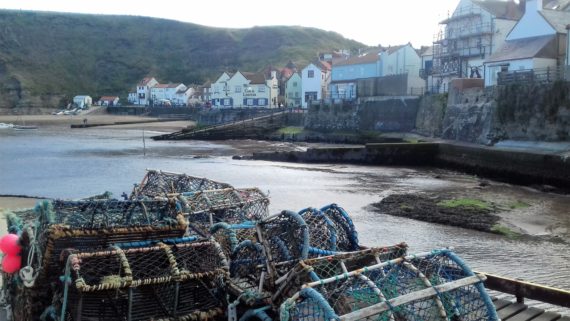 Chiefly, I re-considered the processes and functions that drive artists to work on the coast. I had an idea a few months ago to limit my perfume portraits to artists that work on the coast in order to reveal the collective and personal thoughts and inspirations shared between artists and their communities. This may be something I wish to revisit next summer as the environmental, economic and social differences that exist between the coast and inland is tangible, and as such artists occupy them differently.

Also of note is the notion of the Hand of Glory and the powers attributed therein. A Hand of Glory for those who don’t know is a pickled hand of a man who has been hanged which has subsequently been combined with a candle made from his fat. A Hand of Glory is also primed with various beliefs and legends, including the ability to unlock any door and the power to render people motionless.

As gruesome as it all sounds I believe it can be utilised in my own practice – particularly within candle making. Primarily, the historical and mythical contexts Hands of Glory are placed in can be re-imagined and re-evaluated within a fine art platform. It certainly presents another way considering the possibilities of candle making and the capacity candles have for storytelling.

Food for thought, then, certainly. But my holiday also afforded me the energy required to complete the reminder of this year’s creative endeavours. So let’s have it!