Earlier this month I exhibited at Platforms Project, Athens as part of a group exhibition that looked at the contemplation of our solar system. I, alongside artists Sharon Mossbeck and Alison Whitmore, took 3 planets and interpreted them through our own modes of enquiry with reference to Ancient Greece. 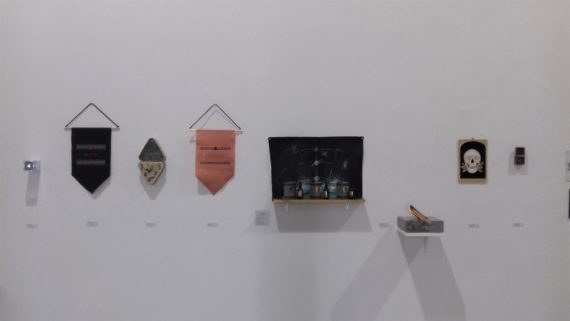 Sharon’s work comprised painting and cross-stitch, Alison’s comprised sculptural and works and I presented 3 perfumes, each representing the Greek gods of Zeus, Kronos and Ouranos. 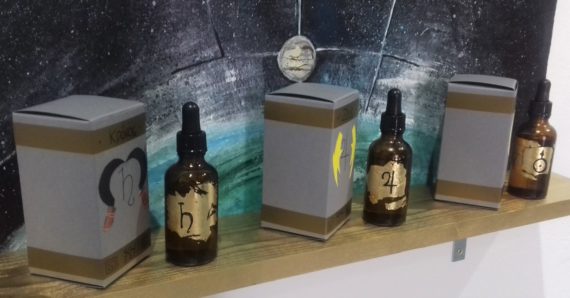 Platforms Project – which is an art fair – was well attended. It reached 16,000 people and our exhibition was well received. I even managed to sell a thing or two, which is great. There are, however, a few caveats with regard to my own work that should be addressed if I am to learn anything and develop from the experience. You see, after much consideration of how to translate three Greek Gods into a scented experience, I decided ultimately to play it straight – simply designing 3 perfumes that acted as portraits of each God. I assumed that this would result in a clear connection between object and concept and would transcend language barriers.

Ironically, by playing it so straight I exposed just how obtuse the notion of a perfume portrait actually is. While the audience did seem to rather like the scents and visual embellishment on display at a base level, the link between the perfumes and the Greek Gods wasn’t as clear as I thought it would be. It required further explanation, which wasn’t always easy to do due to a combination of a complex concept and the language barrier. (although this is partly my fault – I really ought to learn Greek if I’m going there every year.)

Interestingly, a volunteer who also helped out with Platforms Project last year said that she remembered the scented experience I designed last year and that, while she liked what I did this year, she loved what I did last year, which was essentially a narrative based on the notion of The Grand Tour, which incorporated scent: 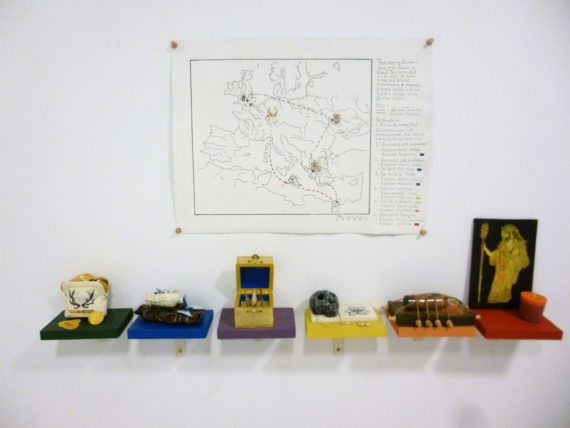 So perhaps scented sculptural work designed to tell a story, rather than a straight perfume portrait, would actually be more successful in engaging a wider audience? Or maybe the Greek Gods and the complexities of their narratives would benefit from a different approach to a straight perfume portrait? Perhaps a more careful consideration of why I’m choosing specific scented designs is required, based on the concepts I’m trying to reveal.

Either way, it was once again a pleasure to exhibit at Platforms Project and naturally it was another great chance to visit a beautiful city. But maybe next time I’ll leave the perfume at home.

Next week I travel to Athens to participate in Platforms Project – an independent art fair in the heart of the city. It’s the 3rd time I will have entered work into the art fair, and the 2nd time I’ve directly been involved in the curation and installation of my work.

This year my participation in Platforms Project will once again take the guise of a group exhibition. The exhibition, entitled ‘Wonderer’ seeks to reacquaint an audience with Ancient Greek appropriations of the planets. 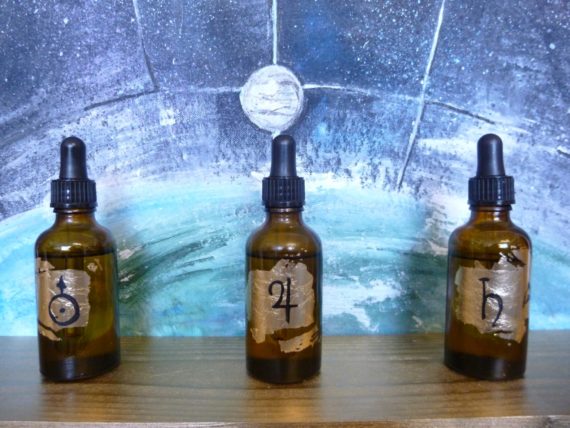 The exhibition comprises 3 artists – myself, Sharon Mossbeck and Alison Whitmore together form arts collective Fronteer. We have taken 3 planets each to interpret, explore and interpret from an Ancient Greek context. My chosen planets are Uranus, Saturn and Jupiter. Or, as the Ancient Greeks would have it; Ouranous, Kronos and Zeus – three Greek Gods with a family lineage.

So how does a fine art perfumer go about creating something from these three Gods? Well, by taking advantage of the family lineage and utilising the capacity fragrance has for narrative, metaphor and I have encapsulated the planets of Ouranous, Kronos and Zeus in three separate fragrances.

Each fragrance contains potent spices and woody notes; alluding to their godly, confident qualities and direct family history. Yet they also contain delicate floral notes, zesty fruits and earthy spices in an attempt to describe each God’s individual narrative.

Each perfume is a portrait of the respective God and is as rich and complex as you might expect from portraiture. Hopefully my audience at Platforms Project will agree that my unique approach to perfumery reveals a meaningful and untapped art form.