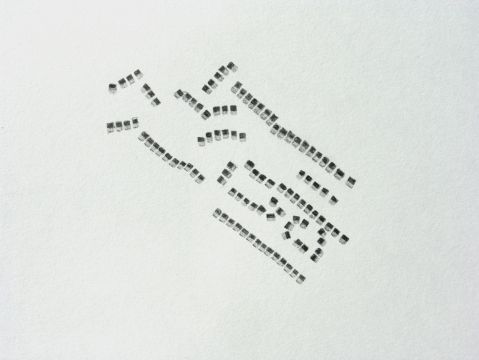 Right, final week before the assessment, putting final touches to research folio and almost finished editing video. I’m not really sure how I’m feeling about either. The new work is so… new and the research folio is so… academic. It has been useful to have this deadline however because it has given me such an intensive time of making and reflecting, yes at times it was like getting blood from stone but got there eventually. So tomorrow off to get it bound.

I feel like the new street filming work is a step forward for me and I’ve really enjoyed it. The video is clunky and I would change lots if I had the time but it has been the process that I have really, really enjoyed. It has definitely been a turning point and I am looking forward to getting out over the summer making new videos.

The bar work has been fun, I can’t complain about it at all and maybe other new possibilities over the summer, but just keeping all fingers and toes crossed on those things. Feeling much better this week. Phew!

It is turning out to be such a funny time for me at the moment. I’ve been thrown into uncertainty in so many different areas of my life right now, I’m doing that thing where I feel so stressed that I thinking I’m doing loads but most of my energy is just being sapped up by stress and worry.

I got made redundant at the beginning of this month, thought I was ok because I’d found another job straightaway, then the other job didn’t work out, mainly because I came home and felt like I wanted to cry all the time. Then had long discussion with partner about not doing new, horrible, time consuming, soul destroying job and agreed that I should try to look for something relevant to my extensive education and chosen career for the last however many years, for a while, then go back to looking for rubbish, completely irrelevant minimum wage job when all other ideas have been exhausted.

So I’m now finding myself applying for the ‘expenses only’ jobs as that’s all I can seem to find. I’m not complaining, I know we’re all to paddle in that same old boat, but what a conundrum. Do work I want to do… for free, or do work that makes me cry and get paid for it?

Well, as a ‘keep me a float’ option for now, I’m off to try some bar work tonight, maybe I’ll love it and not want to cry. Maybe I’ll be like Tom Cruise… or… one of the Coyote girls… oh god, I want to cry already.

A friend made the suggestion that maybe I should use this as an opportunity to try out loads of weird and wonderful jobs as a kind of inspiration for my art, but I’m not inspired, I just want to use what I know and love doing. Ahhh, stamp feet, clench fists and scream and scream and scream, mmm that’s better.

I have now had 3 night walking expeditions and so far they have not been a massive success but still, it has been interesting in ways unexpected. Some observations made so far; 1. people never seem to sleep, there is always someone around. 2. I feel incredibly self conscious about being out and 3. where I see STREET police see BANK. Police cars patrol the town centre all night and are really interested in what people with cameras and a tripod are doing loitering around shops, because of this I felt quite distracted and ever so slightly harassed. I really don’t know why I wasn’t more prepared for this, of course being in the streets at 4am is going to attract attention, make one feel vulnerable, guilty and slightly paranoid.

But aside from the self consciousness, things happen that are really fascinating. The streets are like stage sets waiting in anticipation for the actors. It is on the empty street that I am almost able to get a glimpse of how this space exists before the ‘actors’ arrive. The signs, codes, markings and boundaries of the environment seem to be quietly waiting for the arrival of subjects and as it waits it continually flickers, blinks, swivels, points and directs with a steady authority. Giving it a faceless, abstract presence. I want to try out many different ideas, but as of yet I haven’t really been able to bring myself to be any more out of the ordinary than just being there in the first place. I’m hoping my confidence will grow and I will feel more free to experiment soon. So far all my interaction has felt laboured; experimentation and creativity frustratingly suppressed by the place.

The Easter holidays have begun, which means 3 weeks to our first assessment and still very little actual work to speak of. Essay was handed in yesterday, so that one’s behind me at least until my feedback session and so on with the million and one other things that seem fantastic in my head but are worrying still just that… in my head.

But plans are starting to happen and I currently have video camera and tripod to hand and a date in the diary for my first filming session, 3am tomorrow morning! Ok so part of me is going to hate myself for wanting to do something at such an unearthly hour and another part of me is bubbly with joy at the prospect of having the streets all to myself (bar some foxes, the local night dwellers and possibly a psychopath or two)

I had a tutorial last week to discuss ways I might get going with some of my fantasy ideas and we talked about realistic approaches that might help me to get them materialised. Just what I needed, that little bit of reassurance that this can actually go somewhere and I have a good range of possibilities to play with.

I don’t know if I dare say it but I feel like I’m getting some sense of direction (egh, now that certainly will of jinxed it!)